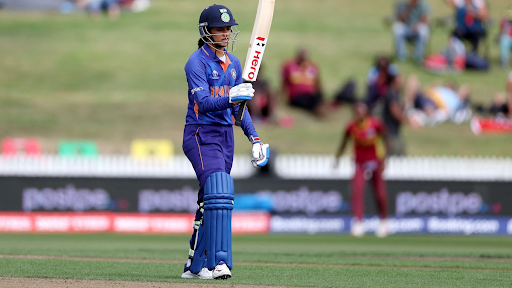 India was up against West Indies in the third clash of the ICC Women’s World Cup, the Women in the maroon have been unbeaten so far in the tournament and were up looking for their third win as they locked horns with the blues.

India beat West Indies comprehensively by 155 runs. West Indies Women were outplayed in this game as they suffer their first loss of the competition. The Indian batters set up things nicely for them and the bowlers backed them to complete a dominant win. They get back to winning ways with this win and grab two crucial points.

Chasing 318 was always going to be a daunting task for the West Indies Women. But they were up to the task as Deandra Dottin and Hayley Matthews got them off to a flying start. They started aggressively and put away the loose balls. Dottin brought up her fifty in no time as they scored 81 at the end of the first power play. The 100-run stand was finally broken by Sneh Rana as she dismissed Dottin on 62. The floodgates opened for the Indian Women on her departure.

Matthews tried hard from one end but lacked support from the other end. She departed on 43 and it led to a collapse as the Indian Women fought back in the game. There weren’t any contributions from the other batters as they kept losing wickets at regular intervals and eventually were knocked over on 162. Sneh Rana finished with three wickets and the other bowlers also chipped in with wickets to complete the win. 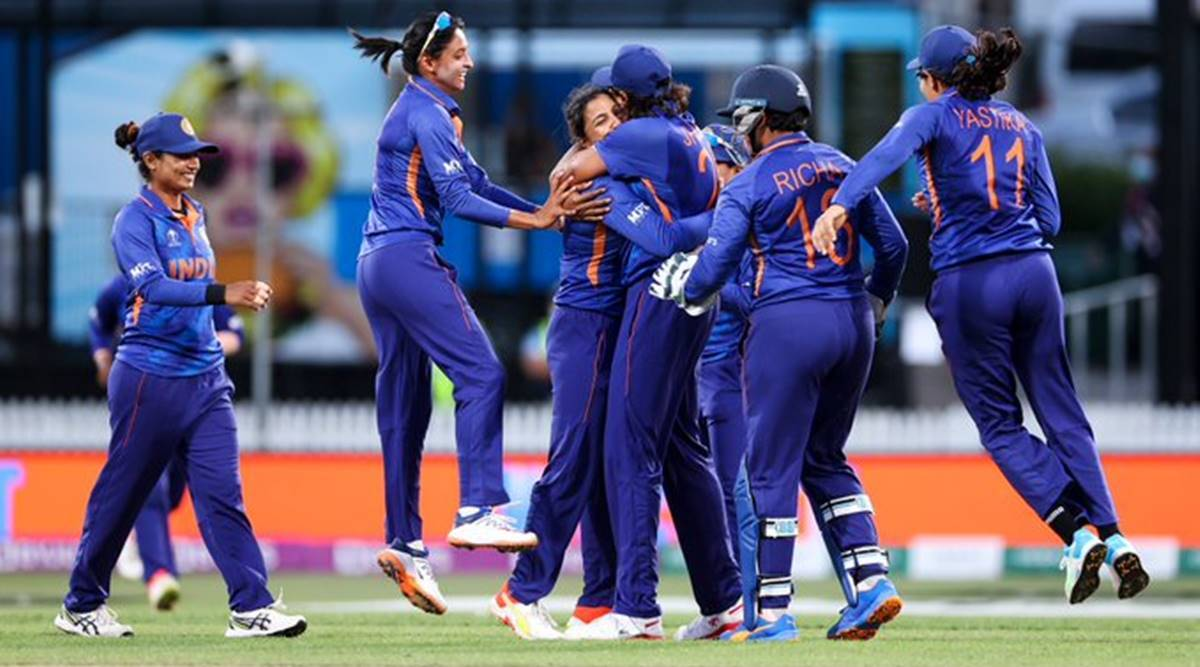 Earlier in the day, Indian skipper Mithali Raj won the toss and had no hesitation to bat first. We saw a different approach from the Indian openers as Yastika Bhatia and Smriti Mandhana took on the bowling from the word go. Bhatia struck six boundaries before getting dismissed on 31 in the seventh over. Mithali Raj (5) and Deepti Sharma (15) departed soon. Harmanpreet Kaur joined Mandhana and started the recovery work.

Both build a solid partnership with both finding an odd boundary in the middle overs. They played some sensational strokes and Mandhana brought up her fifth ODI century. The 184-run stand was broken when Mandhana was removed on 123. Kaur started to cut loose and hit some lusty blows in the end as she hit her fourth century in ODIs.

It laid the foundation and the Indian Women finished on a high as they posted a mammoth 317 on the board. Anisa Mohammed for West Indies finished with two wickets. The total proved to be too much for the Caribbean side as they lost the game by 155 runs.

Speaking after the game during the post-match presentation, Indian skipper Mithali Raj was happy with how her team battled, especially after the nightmare against New Zealand,

“Happy with the outing. Could not have asked for more. A good win for us. Both batting and bowling were good. Everybody knew the importance of today’s game and it required a special effort to beat West Indies who won two games before this.”

Smriti Mandhana and Harmanpreet Kaur shared the Player of the Match as the two scored a ton each to help their side post a massive total on the board.