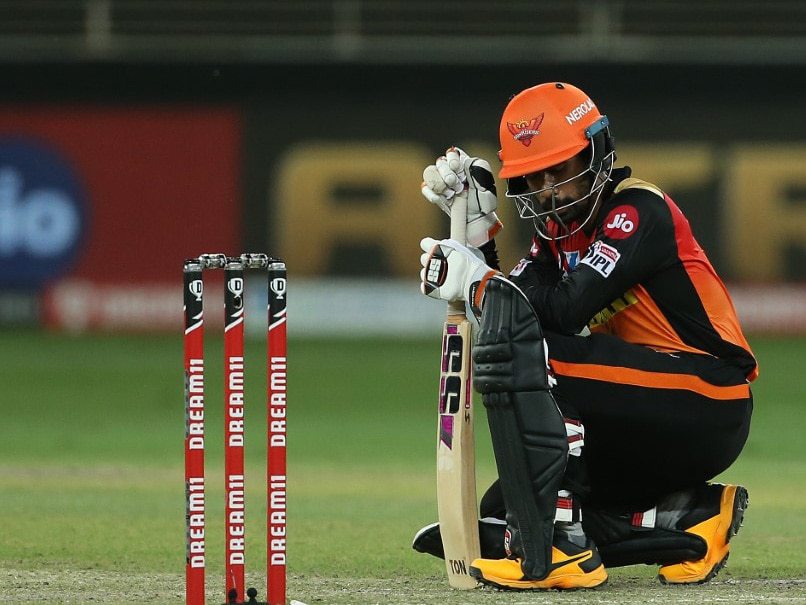 India’s specialist Test wicketkeeper-batsman Wriddhiman Saha has sustained a hamstring tear and is in serious doubt for the team’s upcoming tour of Australia, wherein they are set to play four Tests, three One-Day Internationals (ODIs) and as many Twenty20 Internationals (T20Is).

The venerable Saha was busy with the Sunrisers Hyderabad (SRH) as he helped his Indian Premier League (IPL) 2020 franchise to qualify for the playoffs this year. In the four matches that he played for the Sunrisers Hyderabad side this season, Saha scored 30, 87, 39 and 58* to help his side overcome an ordinary run in the IPL 2020 league stage.

Sunrisers Hyderabad captain David Warner made the announcement of the wicketkeeper-batsman’s injury during the coin toss for the IPL 2020 Qualifier 2, in which his side locked horns with Delhi Capitals (DC). Warner did not inform how serious the injury was, and neither has the Board of Control for Cricket in India (BCCI) has provided any such update on the player’s injury.

While Rohit has made a comeback on the field for the Mumbai Indians (MI), Ishant is expected to be fit for the four-Test series in Australia for the Border-Gavaskar Trophy. There is no update on the status of Bhuvneshwar’s injury but the BCCI had said in a media release that it will be monitoring the progress made by Rohit and Ishant.

India have named KL Rahul in the Test side for the Australia tour as the right-handed wicketkeeper-batsman, who has cemented his position in the ODI and T20I sides, has made a comeback. Rishabh Pant was also named in the Indian Test side hence the touring party should not find it too tough to handle in case Saha misses the tour.