India seals the series despite a fightback by Sri Lanka: Player Ratings for the victors

India continued its domination in the T20I bilateral series by defeating Sri Lanka by 2-1. The team looked calm and composed as it clinched a nail-biting thriller in the first match by two runs.

There was a fightback by the visitors in the second game as they recorded a victory by 16 runs. However, the Hardik Pandya-led side churned out an all-round performance in the final T20 International to score a 91-run win.

Let us check out the report card of the Indian players:

Ishan Kishan (3/10): In the absence of regular openers, Rohit Sharma and KL Rahul, Ishan Kishan was awarded the opportunity to open the innings for India. The young rookie looked decent in the first match as he scored 37 runs from 29 balls with the help of three fours and two sixes.

However, he failed to continue the rhythm and ended up scoring only two and one runs in the next two games. All in all, Kishan ended up with just 40 runs in the three-match T20I series at an average of 13.33.

Shubman Gil (4/10): Shubman Gill was given a start ahead of Ruturaj Gaikwad in the playing XI for the T20I series against Sri Lanka. However, he could not make use of the golden opportunity to the fullest. The Gujarat Titans stalwart had a terrible start to the series, as he was dismissed by Maheesh Theekshana at a score of seven.

The second T20I was no better for the opening batter as he walked back to the pavilion after scoring only five runs. It was in the final match that Gill showed some attacking intent as the young rookie added 46 runs to the scoreboard after facing 36 balls at a strike rate of 127.78.

Rahul Tripathi (4/10): An injury to Sanju Samson during the first game meant a T20I debut for Rahul Tripathi. Included in the team following a brilliant IPL season, Tripathi could not get off to a dream start. Playing at number three in the second T20I, he scored only five runs before being dismissed by Dilshan Madushanka.

However, he stunned the fans with a quick-fire knock in the do-or-die match. In just 16 balls, the 31-year-old hammered 35 runs to help the team score 228 runs in their allotted 20 overs.

Suryakumar Yadav (9/10): For the past two years, Suryakumar Yadav has been the backbone of the Indian batting line-up, especially in the shortest format of the game. The talented lad finished as the top run-scorer with a whopping 170 runs to his name in three matches at an average of 85 and a strike rate of 175.26.

After getting out at a score of seven in the first T20 International, Suryakumar returned with a knock of 51 runs in the second game. Meanwhile, it was in the last match that he made the winning contribution. The batter lit up the Indian dugout in the first inning by smacking a knock of unbeaten 112 runs off only 51 balls. 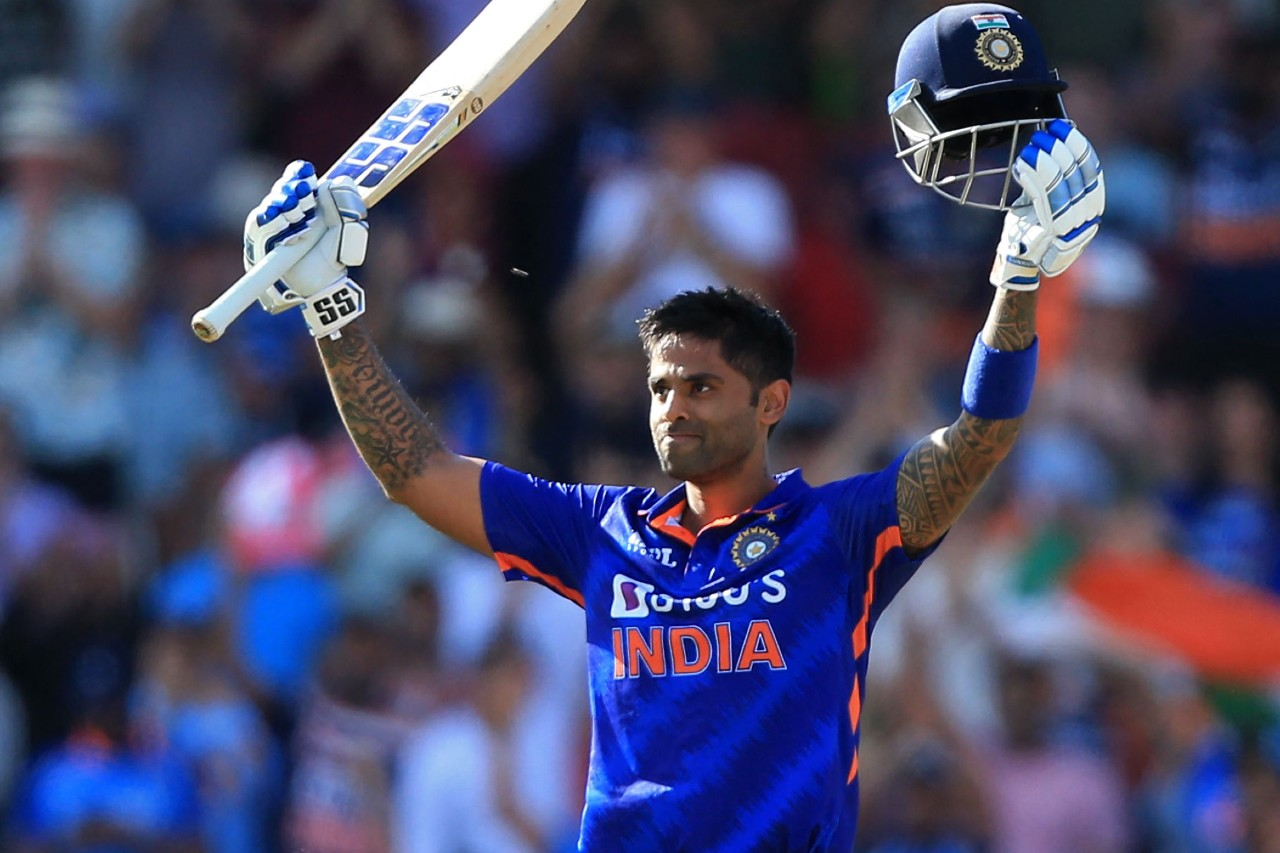 Sanju Samson (1/10): It would be right to say that luck has not been favoring Sanju Samson for quite some time now. The batter got a chance in the playing XI after a couple of months, only to get ruled out after injuring his knee in the first T20I.

Moreover, the Rajasthan Royals batter failed to prove his mettle in the only match he played against Sri Lanka. Batting at number four, the 28-year-old lost his wicket to Dhananjaya de Silva after contributing only five runs to the scoreboard in six balls.

Hardik Pandya (6/10): Hardik Pandya’s case is a weird one. He gets full points for his leadership skills. It was the second T20I series win for India under the Gujarat Titans skipper; the first being against New Zealand two months back. The all-rounder was decent with the ball as well as he picked up two wickets after bowling nine overs in three matches at an economy rate of 6.11.

However, it was his batting form that disappointed the fans and the Indian management. Pandya is known for his hard-hitting abilities, but against Sri Lanka, he accumulated only 45 runs.

Axar Patel (9/10): Axar Patel was the shining star for the hosts as he made winning contributions in both games both with the bat and ball. He took the player of the series award home for his 117 runs and three wickets in three matches.

Axar’s best performance in the series came in a losing cause during the second T20I. Chasing the target of 207, India had lost all hope. However, the all-rounder ensured a fightback for the Men in Blue with his whirlwind knock of 65 runs off just 31 balls. 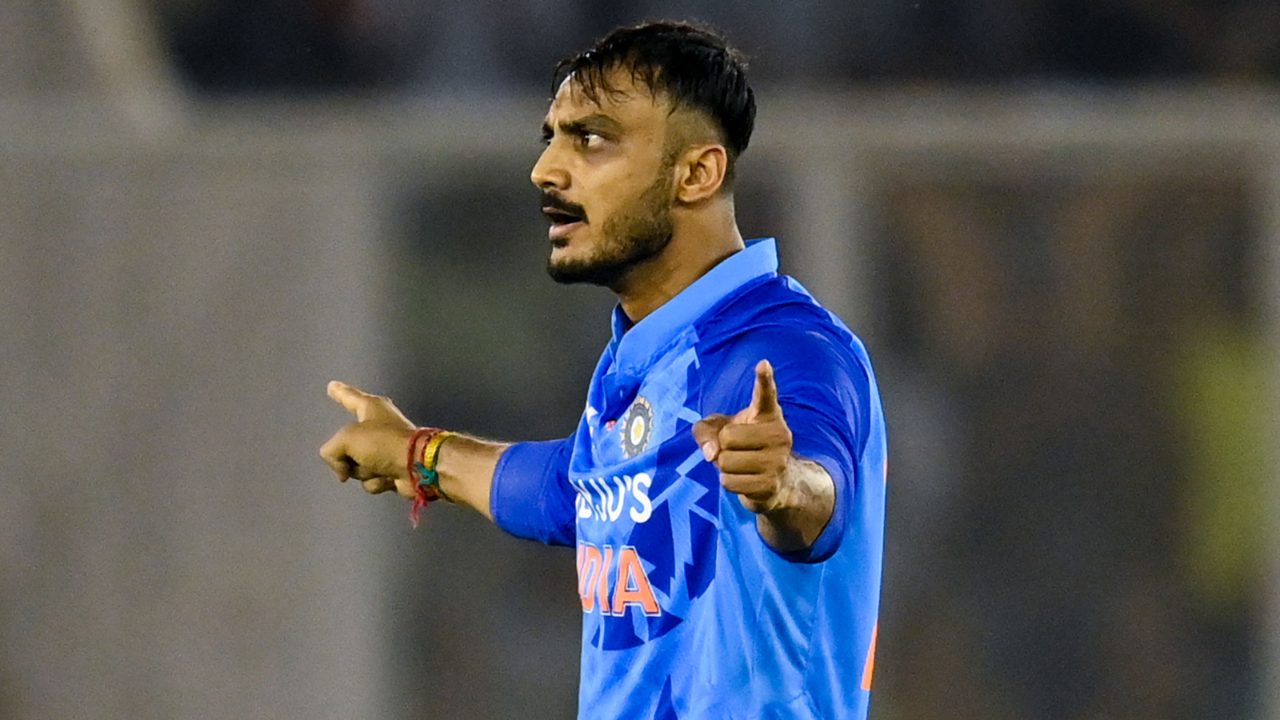 Deepak Hooda (4/10): Deepak Hooda had a dream start as he won the man of the match award in the first game for his winning knock of 41 runs off 23 balls. However, he failed to continue the momentum and ended up with two lukewarm performances.

In the second and third matches, the 27-year-old registered scores of nine and four, respectively.

Shivam Mavi (5/10): Shivam Mavi started his T20 International career with a four-wicket haul during the first T20I against Sri Lanka. He could not replicate the same performance in the next match as he conceded an alarming 53 runs in four matches without any success.

The seamer was not given much opportunity in the series decider as he bowled only one over and gave six runs.

Umran Malik (8/10): Umran Malik was the player to watch out for against Sri Lanka. The seamer lived up to his reputation as he ended up as the highest wicket-taker for the hosts, with seven wickets at an average of 15.14.

His headline performance in the series came during the second match, where he picked three wickets in four overs.

Yuzvendra Chahal (3/10): Being the main spinner for the Indian side, Yuzvendra Chahal had an opportunity to shine. However, he could not churn any impactful performance. In three matches, the spinner picked as many wickets at a poor average of 28.67.

Harshal Patel (6/10): Harshal Patel played got a chance to play only in the first match. He was decent in the game with two wickets to his name at an economy rate of 10.2.

Arshdeep Singh (2/10): Arshdeep Singh delivered a forgettable performance in the T20I series as in the last two matches, he played, he scalped only three wickets. The seamer was the villain of India’s loss in the second game as he bowled a total of five no-balls during the game.

Pakistan Cricket Board announced the complete schedule of the upcoming