The ICC Women’s World Cup 2022 is approaching its business end as the unbeaten Australian titans will lock horns against the underdogs West Indies in the first semi-final of the tournament on Wednesday at Basin Reserve, Wellington.

Australia has been on fire throughout the tournament and has justified its reputation as the strongest women’s side across the globe. The team has not taken a single wrong step since their first game in the tournament. The team has been right on the money in all three departments with their players producing match-winning performances so far in this tournament.

Australia has been spectacular so far in this tournament, the team has won all their games and it does not look like the team will settle for anything less than the title this year. Meg Lanning and her girls are the biggest threat to any side in the tournament and if West Indies do not manage to curb the batting order, Australia is most likely to breeze into the finals of the tournament.

West Indies have won three out of their seven games in the league stages, while three games ended with the side facing defeat. Their game against South Africa was wiped out due to rain which gave the side a point, which proved to be very crucial for the team’s journey to the qualifiers.

Australia and West Indies have faced each other on thirteen different occasions in the ICC Women’s World Cup over the course of time. The Aussies have complete dominance over with twelve games turning in their favor while West Indies have managed to squeak in a single victory against the tally.

The last game between the two sides in the World Cup saw Australia thrash their opponents by 7 wickets with 19 overs remaining as they chased down the total of 131 runs with Rachel Haynes playing an unbeaten knock of 83* runs for her side. 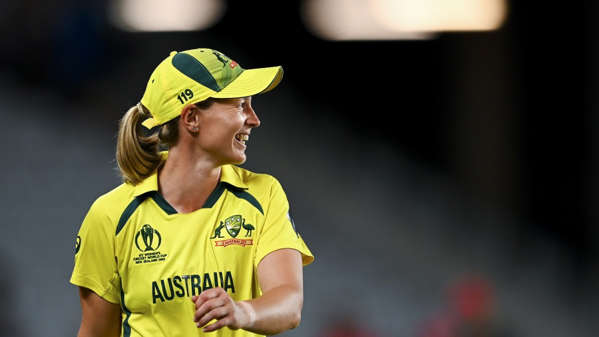 Hayley Matthews: Hayley Matthews has been tremendous with both the bat and the ball this season, Matthews is the leading wicket-taker for the West Indies with 10 wickets to her name. She has scored more than 200 runs with the bat in the seven games of the group stages and will be responsible to provide her side with a good start against Australia.

Australia is the prime favorite to win this contest, with the side unbeaten so far in the tournament. The team has a lot of match-winners in Beth Mooney, Meg Lanning, Tahlia McGrath, and the others who have helped their side in various games this season.

West Indies will look to stun the six-time champions in the crucial match and make their way into the finals to clinch their first title. However, they have a tough road ahead of them with Australia being the prime contender to win the world cup.