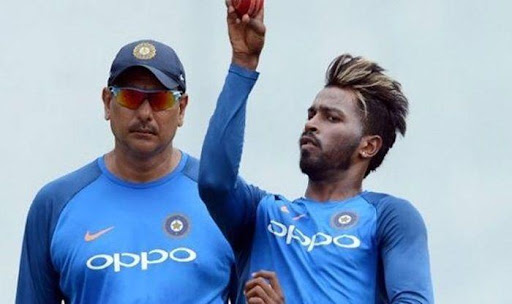 Former Indian head coach Ravi Shastri says that the all-rounder Hardik Pandya is clear in his mind on which format he wants to play and which format he does not want to.

Ever since Ben Stokes announced their retirement from the ODI format, a debate has been around regarding the international cricket schedule and if it is too much for the players to feature in all three formats of the game.

Stokes in his statement said that playing all three formats is just not fit for him right now. The former Indian head coach adds to the debate by saying that the players have started to choose which formats they want to play or not and also cited the example of the all-rounder Hardik Pandya.

“50-over format might be pushed back but it can still survive if you focus just on the World Cup. From the ICC’s point of view, paramount importance should be given to World Cups, whether it is T20 World Cup or 50-over World Cup, the bucks have to increase. Test cricket will always remain because of the importance it brings to the game. You have players already choosing what formats they want to play. Take a Hardik Pandya. He wants to play T20 cricket and he is very clear in his mind that ‘I do not want to play anything else,”

“He will play the 50-over cricket because there is a World Cup in India next year. After that, you might see him going from that as well. You will see a similar thing happening with other players, they will start choosing formats, they have every right to,”

The IPL 2023 is expected to feature for two and half months and South Africa also pulled out from Australia ODIs following an inaugural season of the T20 league, a debate has been around regarding franchise cricket and international cricket.

When talking about the present-day cricket schedule, Shastri said:

“The main issue that we have to look at right now is the reality, what is happening right now. Some things are being said by former players, someone like me, 5-10 years ago, that is already happening. If you are not going to see the reality, then it is going to give you the biggest knockout punch that you have ever got. It is not just administrators who run the world game, but administrations who run different boards around the world, they have got to see the reality, the volume of cricket and what is the demand, go with the economics of the sport.”

“It is franchise cricket that is ruling the roost and it will rule the roost. So do not wait for it to happen, then you get on your high horse and ask what should we do? It would be too late, it is going to happen, there is going to be franchise cricket that is going to rule the roost around the world. Then how will you have international cricket? You will have to cut the volume, you have to cut bilateral cricket, and go in that direction. You will never be able to stop different players going and playing for different franchises,”