Gujarat Titans and Rajasthan Royals will battle for the ultimate crown

After 73 nerve-wracking matches of top-quality cricket, we have finally zeroed down on the two best teams of the 2022 edition of the Indian Premier League. Gujarat Titans and Rajasthan Royals will lock horns in the all-important final, which is going to be played at the Narendra Modi Stadium in Ahmedabad on Sunday.

Gujarat Titans have been the most consistent team in this competition. They finished at the top of the table in the league phase, and then had a direct entry into the final by beating Rajasthan Royals in the Qualifier 1 encounter.

Whilst Rajasthan Royals have not been as consistent, it will be fair to say that they have looked like the second-best candidate to make it to the final for a long time. After finishing second in the league phase, they were handed a defeat by the Titans in Qualifier 1. However, the boys in pink did really well to eventually book their berth for Sunday by beating Royal Challengers Bangalore in the Qualifier 2.

Gujarat Titans set the tempo for the season right from the beginning, as Hardik Pandya’s men won their first three matches on the trot. Following their first defeat in the fourth match, the Titans then embarked on a five-game winning streak.

While Pandya’s team did not end their league phase on a particularly high note, as they lost three of their last five league games, the Titans made a stunning comeback by edging past Rajasthan Royals by 7 wickets in the Qualifier 1.

The Royals had a pretty similar start as they won both of their first couple of matches. After a rare slump which saw them losing two of their next three matches, Sanju Samson’s team bounced back with three consecutive triumphs.

That run was followed by another downward slope where the boys in pink lost three of their next four matches, but yet again, they came up stronger than ever before, winning their last two league stage matches to ensure a top-two finish. Rajasthan was beaten by the Titans in Qualifier 1, but a 7-wicket win over Royal Challengers Bangalore helped them set up a finale date with Pandya’s team.

Gujarat Titans have a 100% win record against Rajasthan Royals. They crossed paths once in the league stage, where Pandya’s stunning knock helped the newcomers set up a 37-run triumph. The last meeting was in the Qualifier 1, where David Miller’s outstanding knock helped Gujarat do the double over Rajasthan. 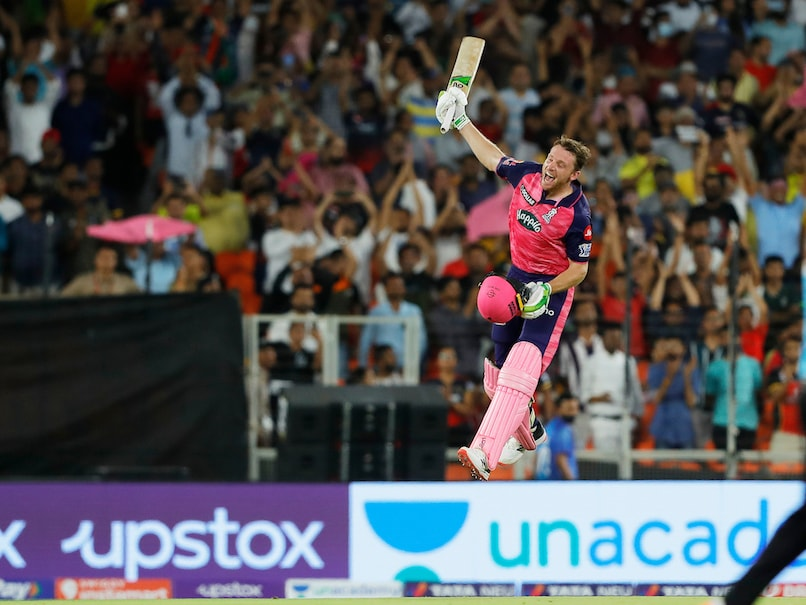 Hardik Pandya: Be it David Miller, Shubman Gill, Rashid Khan or Rahul Tewatia – Gujarat Titans have had different match-winners in different matches. However, among the many fantastic performers in one name that has been repeated on multiple occasions is Pandya. The skipper has scored 453 runs at an average of 45.30 and a strike rate of 132.84, which includes four half-centuries. Besides that, he has picked up 5 wickets at an economy rate of 7.73 runs per over.

Jos Buttler: Jos Buttler has been in an excellent run of form this season and has already won the orange cap race. The English opening batter has scored 284 runs at an average of 58.85 and an even better strike rate of 151.47. He has scored four centuries so far and as many half-centuries as well. Buttler will also have momentum on his side as he scored a century in the previous match against Royal Challengers Bangalore.

Though there is nothing much to separate these two teams, we have predicted a Gujarat Titans win for a couple of reasons. Firstly, Pandya’s team tends to up the ante whenever they face the boys in pink, and to add to that, they will be fresh from a five-day break while Rajasthan will be playing their third fixture in the same time frame, and fatigue could come into play.