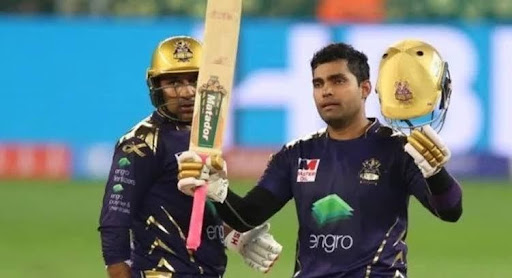 Quetta Gladiators beat Islamabad United by 5 wickets with the help of Roy, Umar Akmal, and in the end, Sarfraz proved a reliable janitor after all and stand the Gladiators on the winning side.

Quetta Gladiators had won the toss and elected to field first. When Islamabad was put in to bat, their innings went well, as you’d expect Islamabad innings to go. United Started the inning in a good way while both their openers were in good touch and finding some boundaries.

Alex Hales was in splendid touch, taking just 32 balls to get his 50 and finishing with 62 off 38. It was Shahid Afridi who got him out, and Afridi was one of the highlights of an electric night and three wickets fell in his final over.

After that, United was in total trouble and continuously losing the wickets. Their batters look rusty against pacers and lost so much ground early but tonight lower-order savior was Faheem, whose terrific 29 balls 55 capitalized on the gladiators losing some of their bowlers disciplines, and even then, there was time enough for Mohammad Wasim to smash the last two balls of the innings for six to help get Islamabad 199.

Gladiator’s openers were playing through a delightful knock finding fine boundaries to keep the run rate up. Early clemency came when Mohammad Wasim upset a sitter at cow corner, with Jason Roy immediately punishing Hassan Ali whose horror run in the PSL continues with three successive fours to finish off the over.

Faheem Ashraf and Liam Dawson were also treated the same way as Hassan Ali was by Roy. Then, United Skipper Shadab cleaned up the Roy for 54 off 27 on the reverse sweep that Islamabad got a foot in the door. After that, Ahsan also couldn’t stay long on the pitch and lost his wicket.

Then, Vince and Sarfraz played some sensational innings and try to overcome the situation. Shadab who had another productive day with the ball struck to remove Vince and then crucially Iftikhar Ahmad, the Gladiators needed 61 more off 27.

While a sensational 8 ball 23 from a returning Umar Akmal. Gladiator’s skipper Sarfraz who scored a half-century sealed the win with a couple of final over boundaries and stand his side at the winning side.

Sarfraz Ahmed, skipper and player of the match (QG):

“We were targeting to steady the ship when I was batting with Vince. I want to credit our opening players but I think Umar’s inning was the turning point for us. We keep the fighting spirit till the last ball. Nawaz’s absence is a setback and we’ll miss him a lot, but Afridi and Noor’s bowling tonight was really good and we hope they can continue like this through the rest of the tournament.”

“I think we made a comeback after Roy’s start but Umar Akmal and Sarfraz Ahmed’s innings were the key. At the death, I thought Hasan Ali was the right option to go rather than burdening the young man Zeeshan Zameer. Faheem’s finish with the bat was quite brilliant, we try to use our batting depth.”