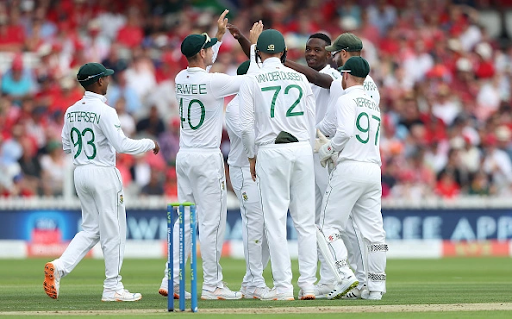 Despite suffering an innings defeat in the opening match, England does not plan to deviate from their new attacking approach when they host South Africa in the second test at Old Trafford on Thursday. England will be hoping the toss and conditions go their way after being on the back foot from the start of the first test at Lord’s and eventually capitulating inside three days.

They were undone by an impressive South African attack with four seamers rolling over the English batting order and spinner Keshav Maharaj taking a couple of wickets at the top of the innings to boot. But both England captain Ben Stokes and coach Brendon McCullum insist they should continue to attack the bowling, casting aside caution and looking to take the game to the bowlers in the new approach dubbed ‘Bazball’.

It has already provided riveting watching and winning results, as England successfully chased down imposing targets to beat New Zealand and India in recent months. However, they met their match against the South African attack, where Kagiso Rabada stood out with support from Marcus Jansen, Lungi Ngidi and Anrich Nortje.

It sets up the potential of a brilliant contest between bat and ball with South Africa heavily reliant on their seam attack, as the tourists look to clinch the series and strengthen their chances of playing in next year’s World Test Championship final. England has problems at the top of the order although opener Zak Crawley is likely to have another stay of execution and be included. 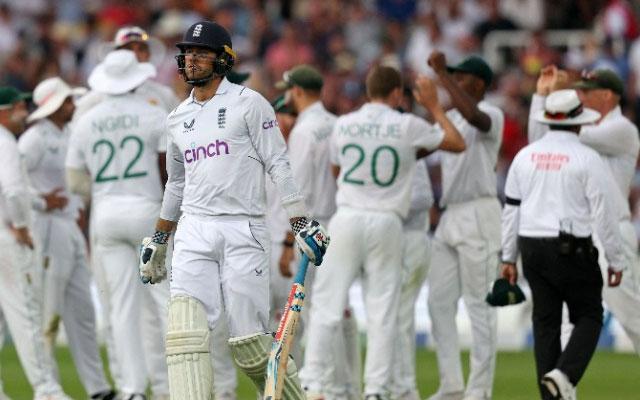 England would be aiming to come back to winning ways

England suffered a harsh reality hit at Lord’s Cricket Ground last week as they quickly succumbed to the South African unit losing by an innings and 12 runs. Captain Stokes and head coach Brendon McCullum have helped transform England into a confident, attack-minded outfit since being appointed in their respective roles earlier this year.

However, on the back of their success against New Zealand and India, England has been soundly beaten by a South African outfit who arguably won a favourable toss. England was sent to bat first with a thunderstorm looming over London and it was not long before both Alex Lees and Zak Crawley fell to Kagiso Rabada.

Ollie Pope’s bright innings were England’s only saving grace, managing to put up a stance of 73 off 102 balls, but this was of little use as no one seemed particularly interested in staying out on the field with him. South Africa’s Rabada took a stunning five wickets for 52 runs to reduce England to just 165 and it was now time for the Proteas to bat.

Dean Elgar and Sarel Erwee put on a great opening partnership of 85 before the captain Elgar fell on 47, but with Erwee making 73, Marco Jansen making 48 and Keshav Maharaj producing 41, their score proved to be far beyond England’s reach, as they once again struggled to cope with the pace of the South African seamers.

Stuart Broad (England): Stuart Broad became only the second fast-bowler to register 100-plus wickets at a single venue during the first Test at Lord’s but had an unimpressive outing overall.

He would be confident to produce the goods at Old Trafford, wherein he has bagged 40 wickets at an impressive 19.65, the second-best tally at the venue after Alec Bedser’s 51 scalps.

Kagiso Rabada (South Africa): Kagiso Rabada was at his fiery best at Lord’s, getting his name on the prestigious Honours Boards with a first-innings five-for and followed that up 2/27 in the second. 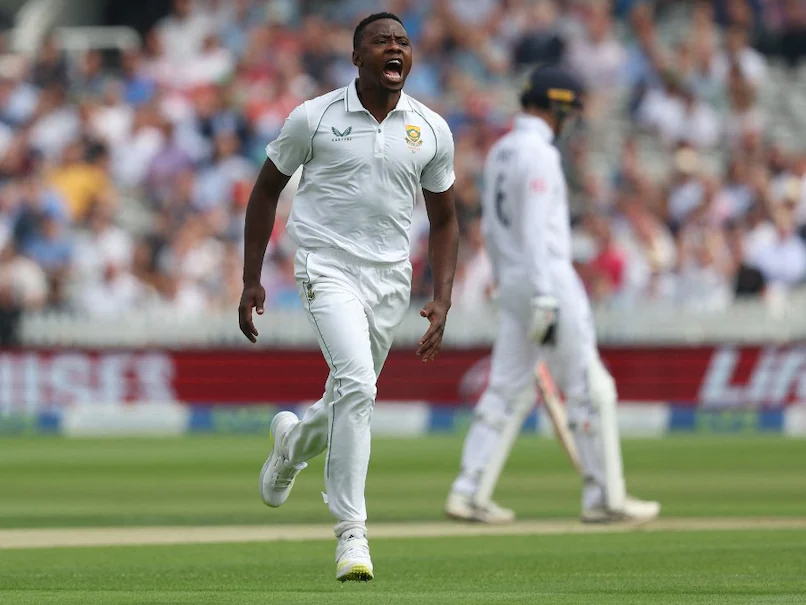 He went past 250 Test wickets in just his 53rd game, joining yesteryear South Africa greats Dale Steyn, Shaun Pollock, Makhaya Ntini, Allan Donald, Morne Morkel, and Jacques Kallis in the club. Rabada, the fifth-ranked Test bowler currently, has bagged 30 wickets at 18.83 from just five Tests in 2022, and that form promises much for the remainder of the series.

With the greatest respect to both New Zealand and India, England came across comfortably as the strongest bowling unit they have faced since the appointment of Stokes and Brendon McCullum as Test captain and coach respectively. Pace, accuracy, deception, South Africa have got the lot and when a player of Harmer’s quality is carrying drinks, that says everything about how strong they are.

England’s old frailties came to the fore and there was no bashing their way out of trouble this time. As Root and Bairstow twice fell cheaply, so did England’s chances and things won’t get any easier for them this time round. South Africa’s batting may not be of the same standard as their bowling, but they are gritty and dug in extremely well at Lord’s.

It doesn’t matter what sort of pitch is prepared at Emirates Old Trafford, South Africa will represent formidable opposition either way. A pitch with pace allows Rabada and Anrich Nortje to work their magic, a pitch that turns brings Maharaj (and potentially Harmer) into the game, whilst a pitch which offers nothing to any bowler greatly reduces the likelihood of a result, which England desperately need with them being 0-1 down in the three-match series. Whichever way this second Test goes, expect the ball to dominate over the bat on both sides.