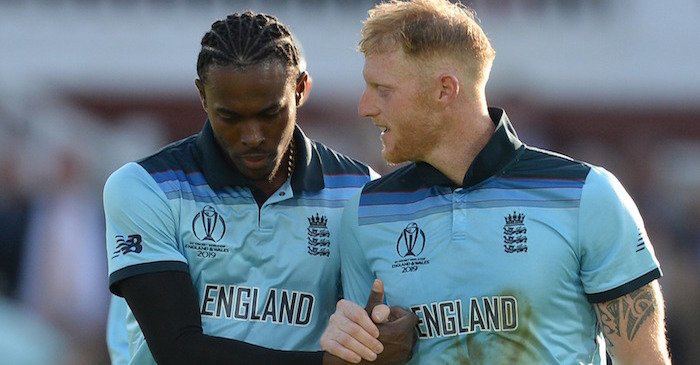 England will play three T20Is in South Africa during their tour starting later this month.

According to Cricbuzz, the England and Wales Cricket Board (ECB) selectors have overall named 23 players with 10 of them featuring in both the touring parties.

The T20I squad includes the likes of Archer, Stokes, Chris Jordan and Dawid Malan, barring whom each of the three have been busy playing in the ongoing Indian Premier League (IPL) 2020 in the UAE.

England Test captain Joe Root, Chris Woakes, Olly Stone, Lewis Gregory and Liam Livingstone have all been named in the 50-over squad to face South Africa. Wicketkeeper-batsman Jos Buttler has been named in both the T20I and ODI squads despite featuring regularly for Rajasthan Royals in the IPL. Stokes and Archer are Buttler’s teammates at the Royals.