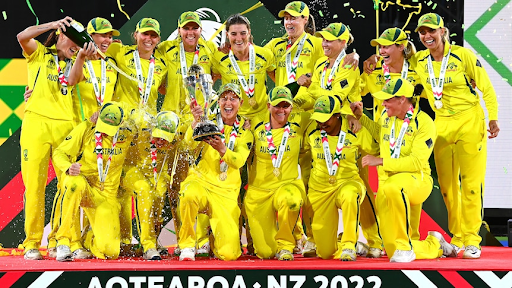 The 2022 ICC Women’s World Cup was one of the most enthralling editions of this competition, except that one factor held back its greatness – Australia’s unparalleled dominance. The Aussies were extremely dominant from the first game and remained unbeaten throughout the tournament to lift the title for a record seventh time.

The women in yellow became the champions of the world by beating England in what turned out to be a pretty one-sided affair in the final. Meg Lanning’s team batted first and set up a gargantuan total of 356 for the Lionesses to chase down. Heather Knight’s team did well to score 285 runs against a strong Australian bowling contingent, but they still were 71 runs short of the total.

Let’s check out what happened in the game:

Australian openers Alyssa Healy and Rachael Haynes gave the team a steady, but slightly sluggish start as they could only score 37 runs in the first ten overs. However, they accumulated 55 runs in the next ten overs to take Australia’s score to 92/0 after 20 overs.

England then had a chance of bouncing back in the 21st over where Kate Cross almost got the wickets of both openers, but poor fielding came to the rescue for Healy for Haynes. Danni Wyatt dropped Haynes’ catch, whilst Natalie Sciver failed to hang on to a catch to dismiss Healy. 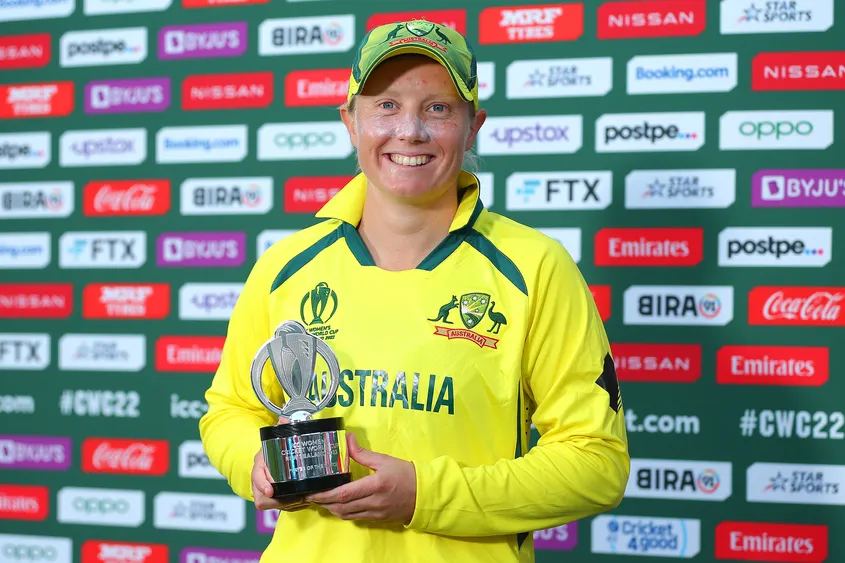 Missing such opportunities against the mighty Australian usually proves to be very costly and this game was not an exception either, as both players then upped the ante and started playing the big shots. England eventually got the first breakthrough in the 30th over when Sophie Ecclestone dismissed Haynes, but by then, the damage was already done.

Following Haynes’ departure, Beth Mooney joined Healy in the middle and opted for an aggressive approach right from the begging. Courtesy of fiery knocks from this duo, Australia found themselves at 315/1 after 45 overs.

It seemed that a score of 375 was easily achievable at that stage, if not 400, but England somewhat pulled things back in the last five overs. Anya Shrubsole’s 46th over was the turning point, as both Beth Mooney and Alyssa Healy were dismissed in that over, while a couple of overs later, Mooney and Lanning were sent packing. Thanks to these late dismissals, Australia could only post 356 runs on the board.

England needed a flying start but got the exact opposite, as in only the third over the innings, Megan Schutt bowled veteran batter, Danielle Wyatt. Her opening partner Tammy Beaumont could not last long either as she was trapped leg before wicket in the seventh over, with Schutt being the wicket-taker yet again. 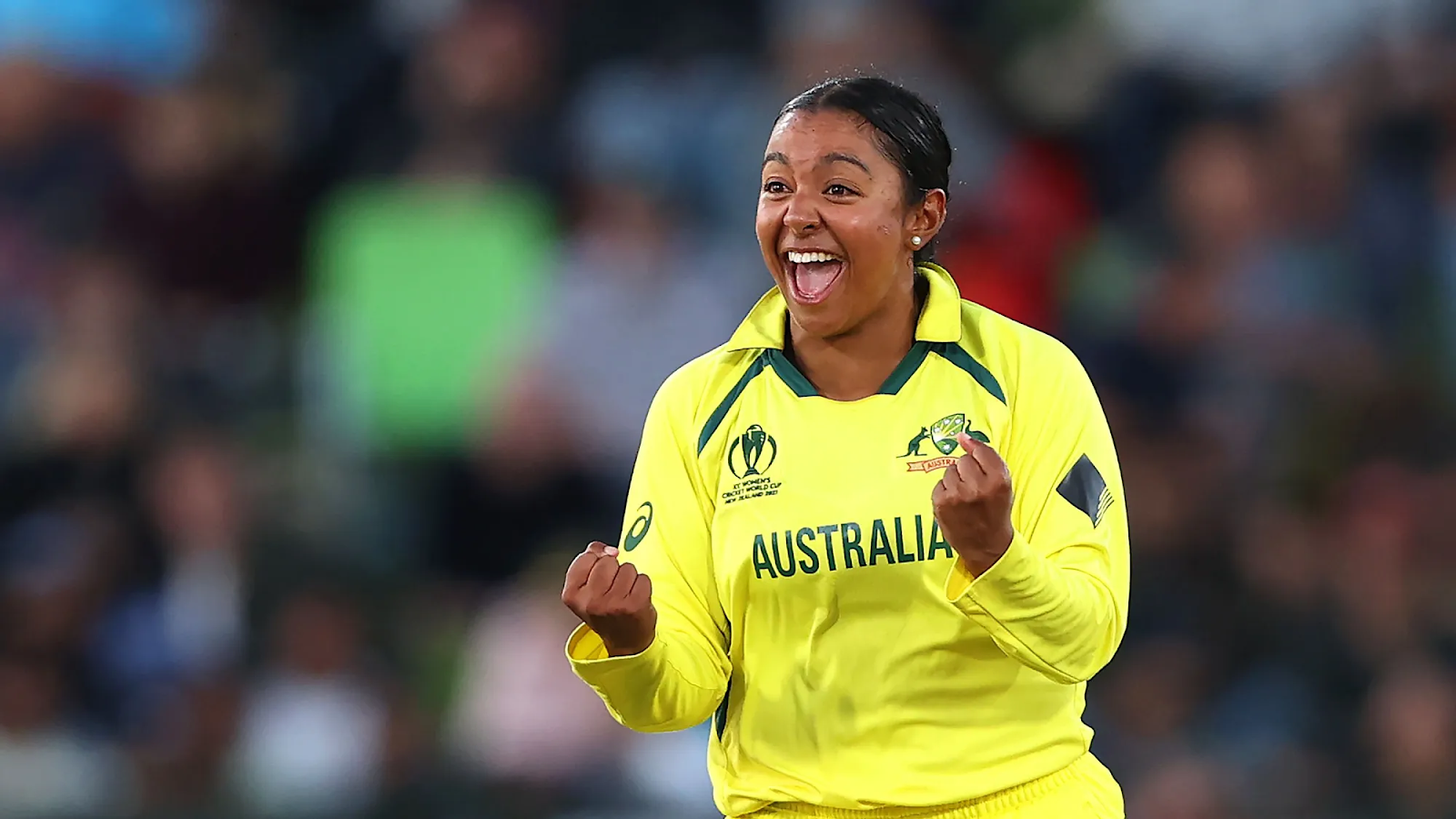 Alana King was the star with the ball for Australia

After two quick dismissals, skipper Knight and Sciver set up a decent partnership for the third wicket, but their resilience was brought to an end in the 15th over when Alana King scalped the big wicket of Knight. While Sciver continued playing her natural game and ticking the scoreboard, she dearly missed a worthy partner. Wicketkeeper-batter Amy Jones played a cameo of 20 before she was dismissed by Jess Jonassen in the 21st over.

Sophia Dunkley, just like Jones, got her eye in and played a decent knock of 22-ball 23, only to lose her wicket to King in the 28th over, with England reeling at 179/5. In her next over, she scalped the wicket of Katherine Brunt to almost seal the game for England.

The procession of wickets continued as Ecclestone could not offer any resilience either and was dismissed for only 3 runs by Tahlia McGrath, while Jonassen then dismissed Cross in the very next over. At 215/8, Australia was inching closer towards a 100+ runs margin of victory, but Charlotte Dean lowered the margin for the 2017 champions.

She scored 21 runs before finally being dismissed by Gardner in the 43rd over, whilst Jonassen ended England’s innings in the next over by scalping the wicket of Shrubsole, as Sciver remained unbeaten on 148. The Aussies have reclaimed the title after thirteen years, and by winning seven of twelve editions of the Women’s World Cup, they have proved once again why they are the undisputed powerhouse of women’s cricket.