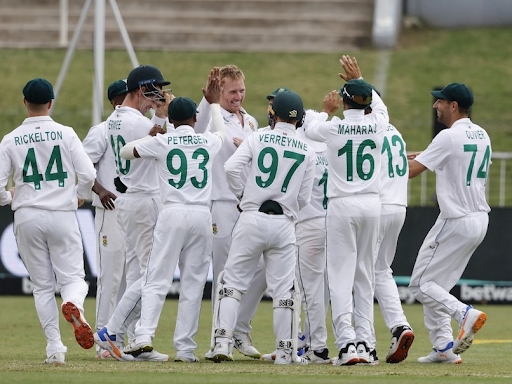 Despite missing most of their key players to the Indian Premier League, the South African Test side registered a comfortable whitewash against Bangladesh, winning 2-0 in the two-match Test series against the Tigers. With this win, Dean Elgar’s men have climbed to second place in the 2021-23 ICC World Test Championship standings.

Let us check out the report card of South African players: 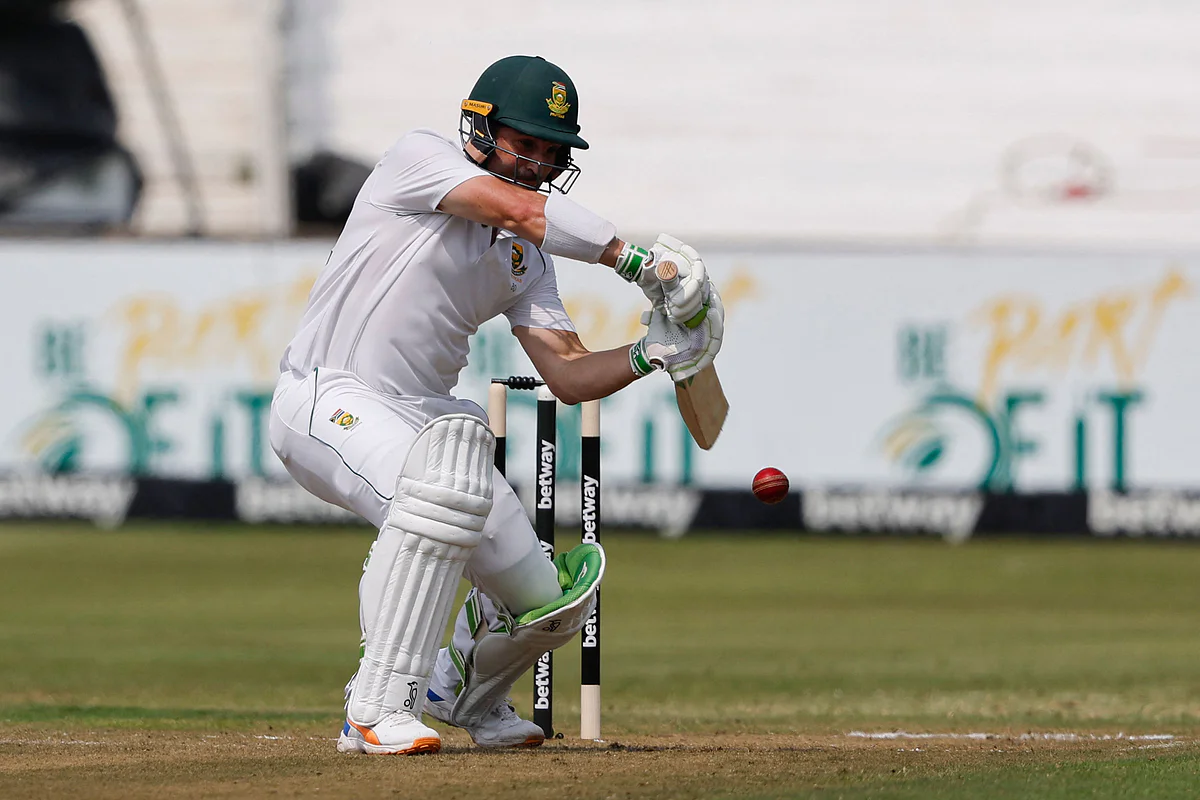 Captain Dean Elgar led his team from the front

Dean Elgar (10/10): South African skipper Dean Elgar led the team from the front, as besides his impressive leadership, he also was the Proteas’ leading run-scorer with 227 runs in two matches, coming at an average of 56.75. Elgar scored back-to-back half-centuries in the first Test and then followed it up with a 70 in the first innings of the second Test.

Keegan Petersen (8/10): Keegan Petersen has only played seven Test matches for South Africa, but one would not be able to decipher it when he is batting. The 28-year-old scored 133 runs in the two Tests, maintaining an average of 33.25. His best knock came in the first innings of the second Test, where he scored 64 runs. 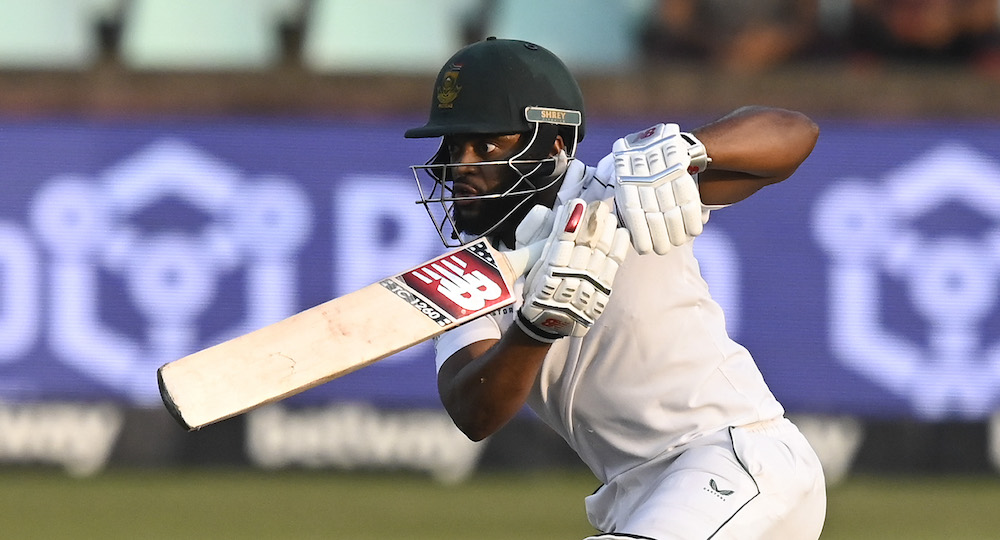 Temba Bavuma (9/10): Besides Elgar, Temba Bavuma was South Africa’s most impressive batter in this series. The limited-overs captain proved his versatility by scoring 194 runs in two matches at an average of 48.50. He scored a fantastic 93 in the first innings of the first Test and got a half-century in the last game as well.

Ryan Rickleton (7.5/10): The absence of key players provided Ryan Rickleton with an opportunity to showcase his talent and the lad from Johannesburg was not interested in letting the opportunity slip. He scored 114 runs in two Tests, which included an impressive knock of 42 in the first innings of the second Test.

Kyle Verreyne (5/10): Youngster Kyle Verreyne was perhaps the only South African batter who did not look convincing with the bat. The wicketkeeper scored 95 runs in two matches and crossed the 30-run mark only once – in the second innings of the last Test. 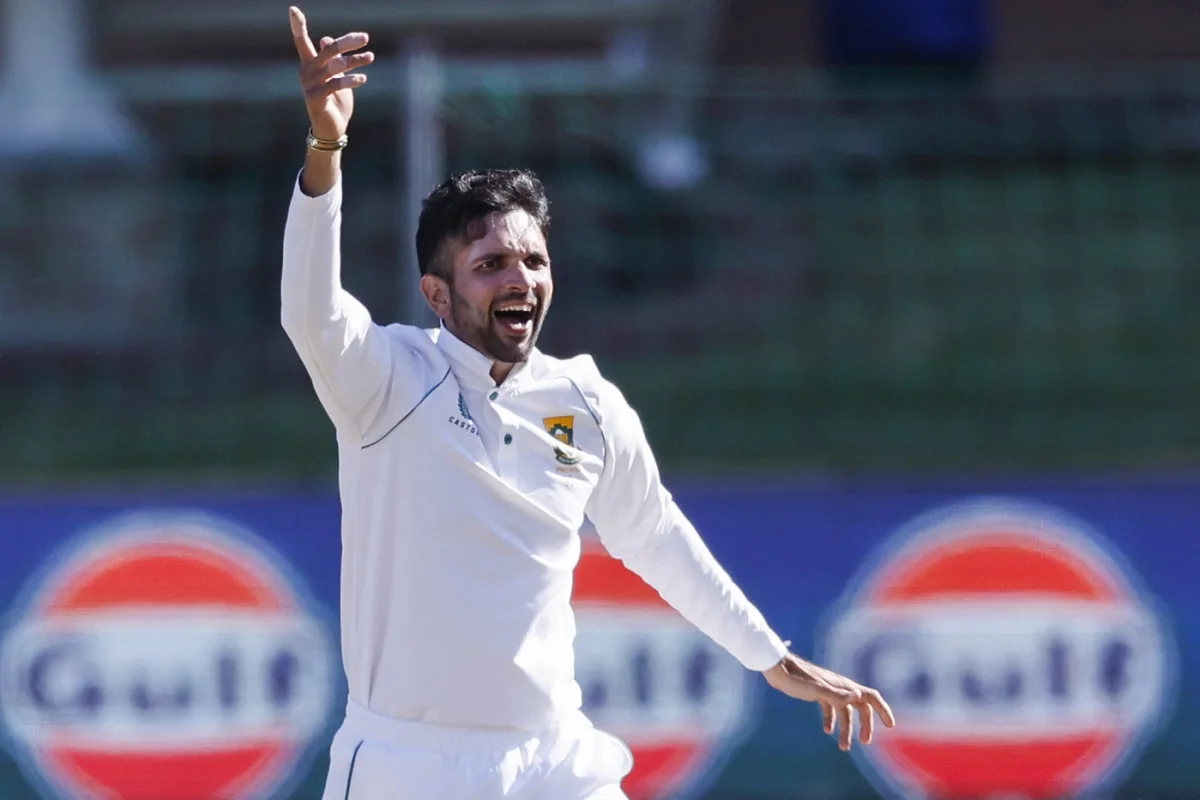 Bangladeshi batters had no answers to Keshav Maharaj’s spin bowling

Wiaan Mulder (6/10): Besides Verreyne, another youngster in Wiaan Mulder also did not look particularly eye-catching in this series. He scored 50 runs in two matches and picked up only four wickets. Mulder’s best performance came in the second Test where he scalped a three-wicket.

Keshav Maharaj (10/10): Keshav Maharaj had an outstanding series and was perhaps South Africa’s best player. Not only did he pick up 16 wickets, which happens to be the most by any Proteas bowler, but he also scored 108 runs at an average of 36. Maharaj picked up two seven-wicket hauls and played a fantastic knock of 84 runs in the second Test

Simon Harmer (9/10): At 33 years of age, Simon Harmer proved that he still has a lot to offer to cricket, as like Maharaj, he too was influential with both bat and ball. Harmer picked up 13 wickets, including a four-wicket haul in the first innings of the second Test, and also scored 78 runs.

Lizaad Williams (6/10): With the likes of Kagiso Rabada and Anrich Nortje playing in the IPL, Lizaad Williams had a great chance of cementing his position in the South African Test side but he failed to do so. The pacer picked up three wickets in his debut Test but went wicketless in his last match.Duanne Olivier (6/10): Elgar’s pace contingent was not half as influential as his spinner since Duanne Olivier failed his make his mark as well. He picked up only one wicket in the first Test and added a couple of more scalps to his tally in the second game.