Definitely a big achievement – Russell on smashing 8 sixes against PBKS  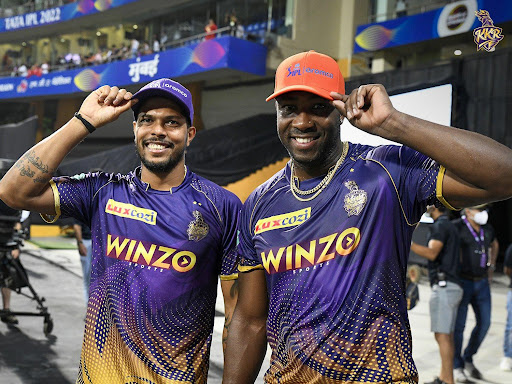 Russell sealed the game for KKR

KKR all-rounder Andre Russell hit eight monster sixes against Punjab Kings and his unbeaten knock of 70 runs was a big achievement after KKR chased down a target of 138 runs in 14.3 overs to register their second win.

Kolkata Knight Rider all-rounder Andre Russell hit eight monster sixes against Punjab Kings. Russell scored an unbeaten 70 off 31 balls and what looked like a tricky chase at one point ended in an anti-climax as the big Jamaican muscled the maximum into the stands.

KKR chased down a target of 138 run target in 14.3 overs against Punjab Kings to register their second consecutive win of the season at the Wankhede Stadium in Mumbai on Friday.

Andre Russell came into bat and the powerful hitter beat Harpreet Brar for two sixes in the 10th over. In the 12th over, Russell blasted Odean Smith for four sixes and a four to take the side’s total beyond the triple-figure mark.

“Yeah, I’m looking to do better much. You know past games I have 14 sixes let’s see if I can get that again. I’m happy to close off the innings as well and getting eight sixes is a big achievement in some games the entire team only gets six or seven sixes, so it’s good for me to get eight sixes that’s what I will practice in the next game for,”

“Yeah it feels comfortable and I’m going to wear this as long as possible. Well actually he is a quick guy, you know I was just backing myself to give options to open. It’s good to have him burn today also I’m looking forward to the other games.”

Russell had best to his partner Sam Billings that once he was nicely warmed up he will go for the shots.

Tim Southee feels that he was lucky to pull off an amazing catch to dismiss Kagiso Rabada for 25 runs from 15 balls. With the rhythm in which Rabada was playing, he would have scored 15 runs in the last over.

Talking about the incredible catch he took against Punjab and his bowling partnership with Umesh Yadav, Tim Southee said,

“I think I was lucky that it was so high but it’s nice for me. Umesh has been brilliant. it’s a great start for the tournament for someone who sat on the sidelines last year. So far he has outstanding style and the skills he has got make my job a lot easier. He can bowl fast, he can swing the ball. It’s great to share the bowl with him.”