Dean Elgar defends his team against the Bangladesh sledging allegations  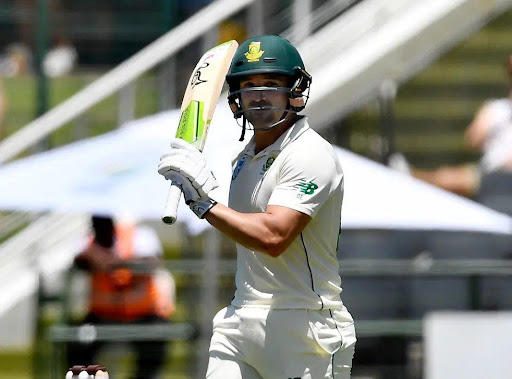 South Africa test captain Dean Elgar backed his team against allegations of “unbearable sledging” during the first test match against Bangladesh while Bangladesh cricket operation chief said that his board would make a complaint to the ICC.

Proteas test skipper Dean Elgar on Thursday backed his team against allegations of “unbearable sledging” during the opening test game against Bangladesh in Durban. He said the Bangladesh players needed to “harden up” if they wanted to play the game at a high level.

While talking about the second test which will be played at St George’s Park on Friday, Elgar said South Africa played the game hard but stopped short of swearing or using foul language against their opponents.

Bangladesh Cricket operations chief Jalal Yunus said on Tuesday that his board would make an official complaint to the International Cricket Council regarding this issue and he further described it as biased umpiring and the “sledging” of the home team.

“I don’t think they are justified whatsoever,”

“We play the game hard (but) if anything we were just giving back what we were getting when we were batting.

“This is Test cricket. It’s a man’s environment when it comes to playing at this level and I intend still to play the game hard.

“We don’t swear or use foul language towards the Bangladesh batsmen because we still respect them. I think they need to harden up and maybe play the game at a level they’re not used to,”

The South African captain said the message to his players was:

“We do everything with dignity and we don’t throw our badge or our name away.

“I honestly didn’t see any bad sledging out there, even from their side. I just think this is Test cricket and we need to dry our eyes sometimes.”

South Africans Marais Erasmus and Adrian Holdstock were the men in charge under the ICC’s coronavirus restrictions, leading Bangladesh to call for neutral umpires.

“The umpiring was tough,”

“I don’t think the wicket helped. There was variable bounce which can challenge the umpires.

“I feel for them because they are good umpires. The human factor needs to be spoken of, they do make errors, as do the players, but I’m pretty sure they’re going to learn a lot out of that.

“The umpires make decisions and we need to respect that. The technology is there for a reason. If you don’t use the technology you’re kind of holding yourself accountable for their decisions as well.”

Elgar came out at the press conference with a contusion on his face and stitches above his right eye. He said it was the result of slipping in the shower in Durban on Monday night.

“I’ve got a few stitches in my forehead,” he said.

“I batted today, it was going to be a concern with where my helmet rests. I don’t think I’m too far from where the doctor takes the stitches out. But I’m okay.”

Bangladesh skipper Mominul Haque referred only briefly to the Durban controversy, denying that he had complained about the South Africa team’s behaviour.

“I never complained about sledging. In cricket, sledging happens and you have to absorb it,”

Mominul said that he was hopeful that opening batter Tamim Iqbal would play in the second Test after getting well from the injury.

He said the Pitch looked dry and that Bangladesh would wait until Friday morning before deciding whether to play an extra spinner instead of a seam bowler.