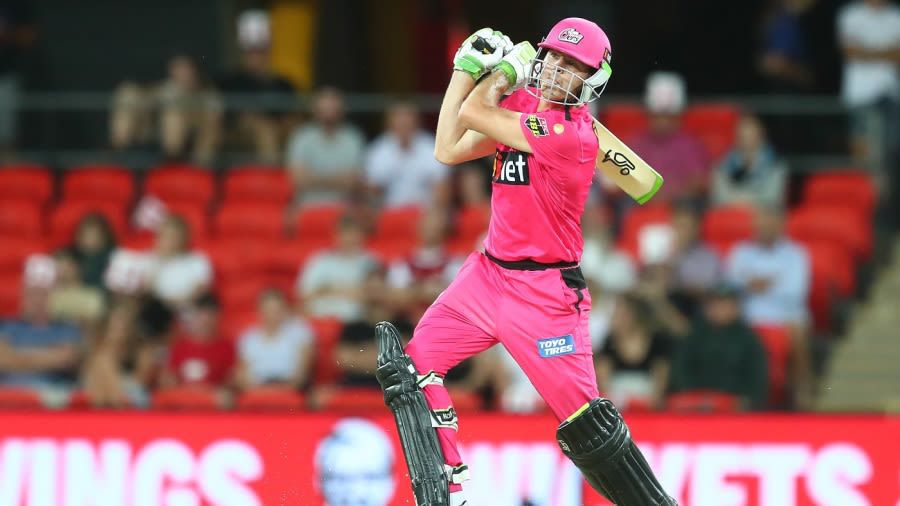 Daniel Hughes fired Sydney Sixers to a thrilling 1-wicket victory over the Melbourne Stars in the Big Bash League (BBL) 10 tournament’s match No 15 on Saturday evening at the Carrara Oval, as he hammered a 51-ball 96 to lead an incredible fightback for his side. Chasing 194 to win, the Sydney Sixers finished at 194/9 in a dramatic finish that witnessed the winning side scoring 20 runs off the final over to record one of the best finishes in the tournament’s 10th edition so far.

Hughes’ knock single-handedly defied an incredible partnership early in the contest between Australia’s Glenn Maxwell and Caribbean batting star Nicolas Pooran, who added as many as 125 runs for the fifth wicket off only 63 deliveries to power their side to 193/5 in their 20 overs.

Maxwell and Pooran had helped Melbourne Stars to recover from an ordinary start in the contest and finish on a high, with both the batsmen scoring their respective half-centuries. Maxwell top-scored with 71 which came off 47 balls with the help of 5 sixes and as many fours, but it was his partner from the West Indies who was absolutely belligerent on Saturday night.

The left-handed Pooran punished the Sydney Sixers bowlers in one of the most incredible onslaughts seen in T20 cricket in recent times, middling almost each of his 8 sixes and 2 fours as he raised to 65 off only 26 balls.

The start was a horrible one for the Sydney Sixers when they lost their opening batsmen Jack Edwards and No 3 James Vince both for two-ball ducks each. Josh Phillippe scored 19-ball 22 which was the second highest score for the Sixers, as it was Hughes all over the Stars which fired the Sixers to the top of the BBL 10 points table on the Boxing Day.

Hughes led a single-handed demolition of the Melbourne Stars ‘attack, clobbering 7 sixes and 6 fours to score 96 runs off only 51 balls which powered his team’s chase especially when they were struggling to keep up. The Sixers’ captain was well supported by the experienced Daniel Christian, who made 14, the West Indies captain Jason Holder who made 11, and the Caribbean T20 star in Carlos Brathwaite, who made 12-ball 21.

Hughes lead the fight till the end as the Sixers needed 20 runs off the final 6 balls. He hammered 2 sixes and 1 four before being dismissed on the fourth ball of the last over, but 4 runs via a leg-bye from Gurinder Sandhu helped the Sixers get the winning runs.