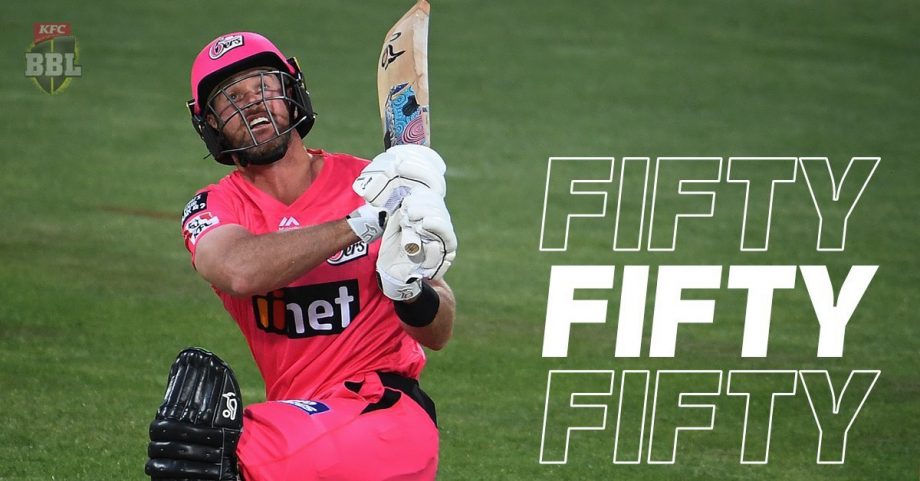 Sydney Sixers have secured a remarkable comeback win over Adelaide Strikers following the master class show put by Dan Christian with the bat and ball at Blundstone Arena on Sunday.

Adelaide Strikers won the toss and elected to ball first. Sydney Sixers made 5/177 in 20 overs. In second innings, Strikers started the game quite strongly but after sudden the openers Jake Weatherald and Phil Salt were sent back to the pavilion, Sydney Sixers were in great control on the back of Dan Christian who impressed with his bowling.

However, it was Dan Christian who steals the show with his bat and ball, almost made a record-breaking half-century which is second highest in BBL history, and his brilliant tactics with the ball also did the trick.

Sydney Sixers were off to a decent start after Josh Philippe lost his wicket to Dan Worrall on 6, caught by Alex Carrey. Dan Worrall did a great bowling spell for Strikers as he struck another wicket of Jack Edwards on 17 to end his spell on 2-12 in four overs.

It was a record-breaking game but fell just a little short in both batting and bowling. Dan Worrall nearly made a record for most dot balls in the history of BBL, bowled 18 dot balls just one short of Jason Behrendorff’s who bowled 19 dots in BBL.

Most dot balls in BBL history

“His seem presentation was spot on. He can go away from the right-handers and angle back in as well. It was a superb spell,”

Dan Christian was promoted in the batting order and he struck a blistering half-century four fours and five maximums. Wes Agar finally took his wicket, caught by Jono Wells.

Jordan Silk also impacted a little on for his side after scoring 15 from 9 balls. He was then caught by Matt Short on the bowling of Agar. Jason Holder and Daniel Hughes also added their contribution towards Sixers to put a competitive target of 177 in 20 overs.

The Strikers were off to a good start but Dan Christian came again, this time with the ball. He picked up the wicket of Phil Salt who was on 28, caught by Josh Philippe.

Jake Weatherald (27) was second on the list who was caught in the deep, bowled by Ben Manenti.

Ben Manenti took another wicket, this time it was Matt Renshaw, caught by James Vince for 6.

Carlos Braithwaite then picked up the wicket of Alex Carey, Strikers were in real trouble after 4-79 in 9 overs game.

Liam Scott was next in the line, picked up by O’Keefe on 10 before Rashid Khan gave up on 11 to Braithwaite. Jono Wells scored a fighting 35 runs for Strikers but it was too late at that time and finally, the match concluded at 7/139 in 20 overs.

Playing X1 of both teams: