Partly because of injuries to some key players and majorly because of their own shortcomings, defending champions Chennai Super Kings have had a horrendous start to their campaign. They lost their first encounter against Kolkata Knight Riders by six wickets, while the losing margin was the same in their last tie against Lucknow Super Giants.

On the other hand, Punjab Kings had a great start to their campaign as they edged past Royal Challengers Bangalore by five wickets in their opening encounter, but failed to continue the winning momentum as Kolkata Knight Riders handed them a six-wicket defeat in their last outing.

Chennai Super Kings started their IPL 2022 campaign with a match against Kolkata Knight Riders, where their batting unit failed to deliver and could accumulate only 131 runs. The Knight chased the total down without breaking much sweat, crossing the line in 18.3 overs at the loss of only four wickets.

The batting performance of Ravindra Jadeja’s team was significantly better in the last match against Lucknow Super Giants, where the four-time champions amassed 210 runs. However, it was CSK’s bowling contingent that let them down this time around, as KL Rahul’s team chased the total down in 19.3 overs, having six wickets in hand.

However, things did not go exactly as planned when they were asked to bat first in their last match against Kolkata Knight Riders. The Kings could only score 137 runs and KKR chased the meek total down in spectacular fashion, reaching the target in 14.3 overs at the loss of only three wickets.

Chennai Super Kings hold the upper hand when it comes to head-to-head records, as they have won 16 of the 26 meetings against Punjab Kings, whilst the boys in red have emerged victoriously on ten occasions. That being said, the last meeting saw Punjab beating CSK by six wickets, thanks to a fantastic 42-ball 98 by former skipper Rahul. 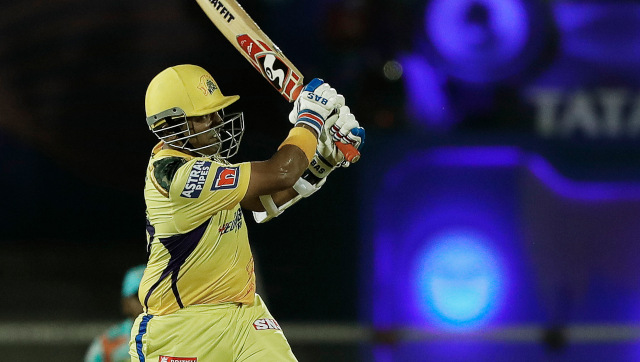 Robin Uthappa is in sublime form for Chennai Super Kings

Robin Uthappa: While mega-money signings in the likes of Ruturaj Gaikwad and Ambati Rayudu are yet to live up to the expectations, veteran batter Robin Uthappa has had a good start for CSK, scoring78 runs in two matches at an impressive average of 39 and an even better strike rate of 162.50. He scored a 21-ball 28 in the first game against KKR, while in the match against LSG, Uthappa smashed a 27-ball fifty.

Bhanuka Rajapaksa: Not many would have expected Rajapaksa to even be a part of Punjab Kings’ playing XI, but the Sri Lankan batter has emerged as a trump card for Agarwal’s team. He has scored 74 runs in his two outings, maintaining an average of 37 and an astonishing strike rate of 238.71.

Chennai Super Kings might have the edge on head-to-head statistics, but on paper, Punjab Kings look the better side this time around. Besides that, Chennai is missing quite a few important players like Deepak Chahar and Chris Jordan because of injuries, and their inexperienced bowling attack could be brutally exposed by PBKS’ power-packed batting unit. Hence, we have predicted that Agarwal’s team to bag the crucial two points in this match.