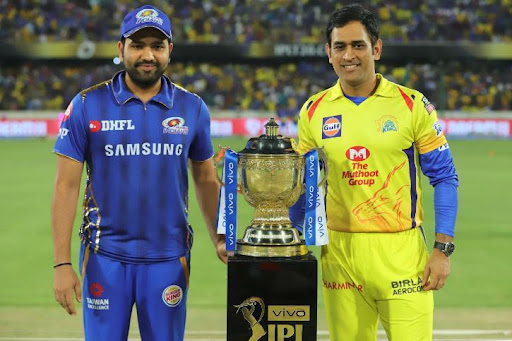 The two most successful IPL captains in the same frame!

It’s a dead-rubber encounter between these two franchises who are sitting at the bottom of the Indian Premier League Season 15 standings although the excitement among their fans is still quite high. As the five-time champions, Mumbai Indians gearing up to face the defending champions and arch-rivals Chennai Super Kings in the season’s second ‘IPL Clasico’ at Wankhede Stadium in Mumbai.

The CSK skipper MS Dhoni was the one who reintroduced MI’s local captain Rohit Sharma as an opener in International cricket. Although the living legend from the Mumbai lobby never held it back against his former master and has won the IPL Grand Finales four out of four times whenever Dhoni was in the opposition team. Since the CSK command has been handed over back to the 40-year-old wicket-keeper batter by Ravindra Jadeja, the yellow fortunes are shining all the way.

Shivam Dube made a solid comeback against Delhi Capitals and may retain his place in the team ahead of a face-off with his hometown franchise. The fierce Mumbaikar all-rounder replaced the former CSK captain Ravindra Jadeja as the Saurashtra veteran was declared unfit for the clash. While another pace-bowling all-rounder and living-legend came back into the matchday action and ended up contributing two wickets in the triumph.

Mumbai Indians took the social media handles to make an official update on the star batsman Suryakumar Yadav who has been ruled out from the remaining 2022 campaign. He sustained a muscle strain on his left forearm which will keep him on the sidelines for the rest of the season. SKY’s absence is a big blow for the Blue Razors as the 31-year-old stylish striker’s average of 43.29 is the highest in MI camp till now.

The recent triumph over the Delhi Capitals side must have boosted the squad morale very much for the remaining three fixtures. The five-time IPL champions are yet to register two consecutive victories this shows the Tamil Nadu based franchise lacked consistency this season for which they have a universally acclaimed reputation. There are still quite active chances of Chennai finishing the 2022 campaign in a respectable position if they continue to play well in the forthcoming games.

At this point, it’s quite evident that Mumbai Indians are going to finish the season in the bottom two. And if they lose this encounter then it will be crystal clear that the Maharashtrian outfit will stay in the last place of the IPL standings for the first time ever. In their fixture, even the diligent efforts from Bumrah, Kishan and Kartikeya couldn’t save Mumbai from the defeat as KKR completed a double over its counterparts for the first time since 2014.

The traditional rivalry between these two elite combatants has to be the greatest ever in the history of this league which is currently dominated by the Maharashtrian outfit on a head-to-head count of 19-14 in their favour. Before the commencement of the 2022 edition, Mumbai was the only IPL team whom the Tamil Nadu based franchise was trailing in a head-to-head record. The IPL Clasico peaked when CSK won all three face-offs in 2014 while MI also gave a befitting reply to the arch-rivals by thrashing them in all four encounters of the title-winning 2019 edition. 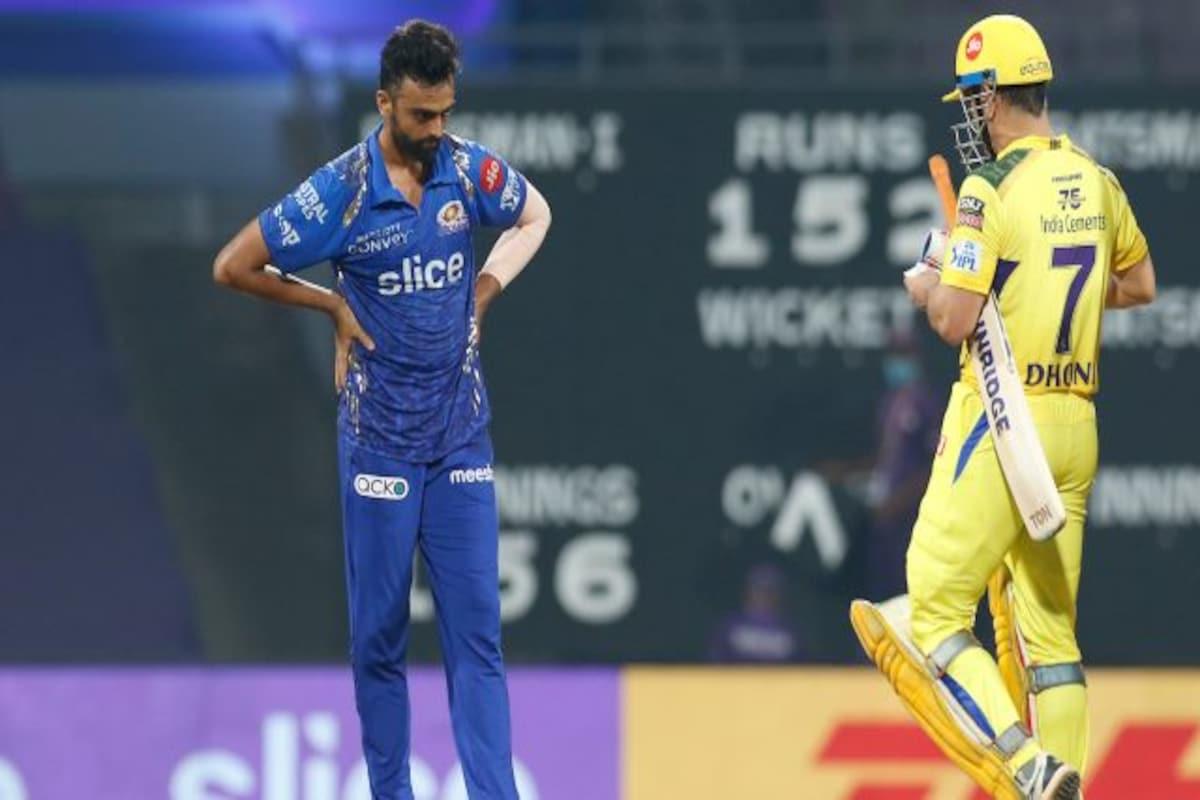 Years passed but the legacy remains

The most recent chapter of this epic battle is also a perfect example that the stakes are always high when they take on each other at the World’s toughest T20 league. Dhoni was playing under the leadership of Jadeja although the current CSK skipper still has not forgotten to bash his favourite opponents. He took the matter into his own hands when they needed 16 runs from the final four deliveries of the veteran pace Jaydev Unadkat and went on to finish it in style! Mukesh Chaudhary who bagged the Player of the Match award announced himself as the latest Yellow galactico from the land of Maharashtra.

Moeen Ali: The Englishman was on fire with the ball against Delhi where he picked three important wickets including the captain Rishabh Pant which helped his team to rumble down them quickly.

He may have missed the last encounter with arch-rivals but holds a fine track record against MI scoring 121 runs in four innings with a heft strike rate of 155.13 including two half-centuries. The kind of double trouble Moeen possesses, the opponents always find it hard to keep the player of his calibre quiet. 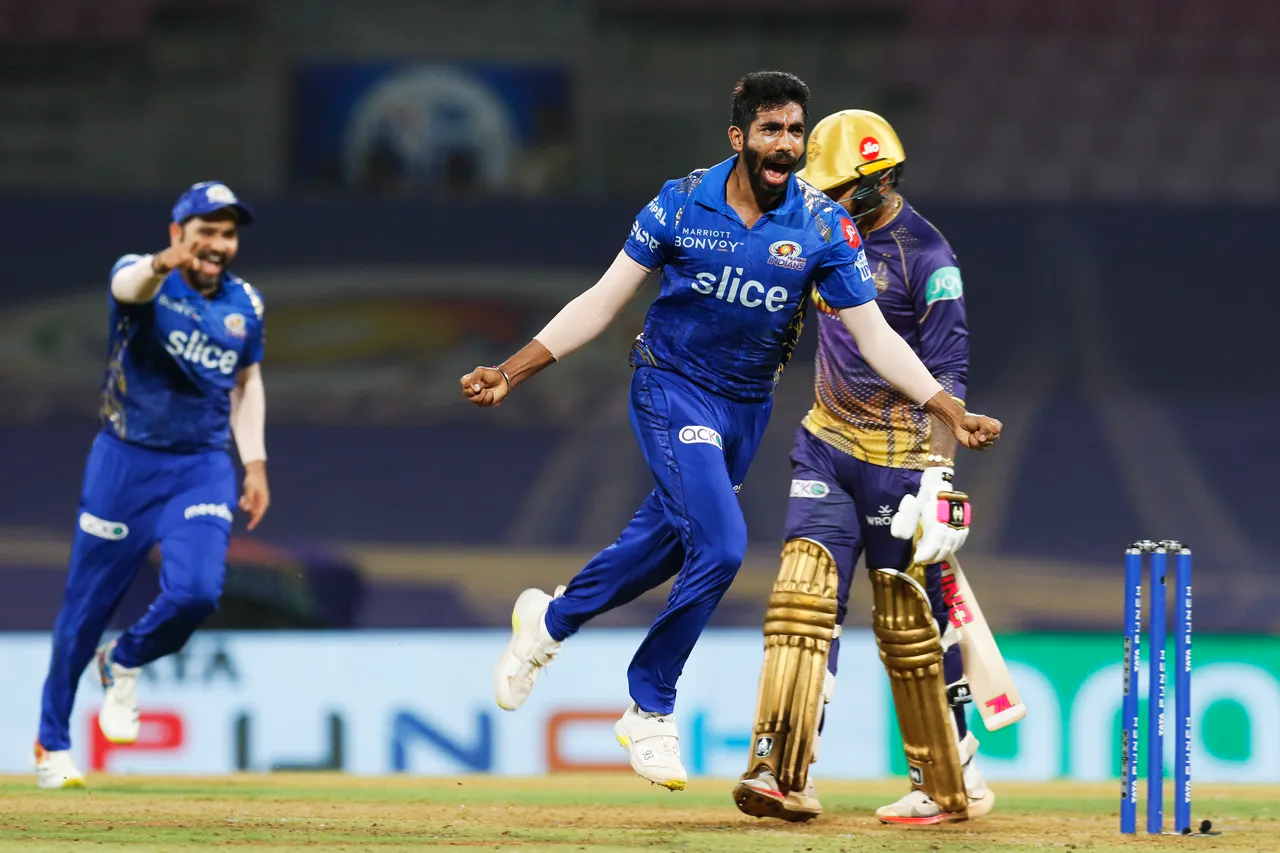 Jasprit Bumrah: When Bumrah took the field last time, he went on to finish his magical four overs quota on an individual score of 5/10 which is the best bowling figure by any domestic pacer in the 15-year history of the Indian Premier League. In the 18th and 20th overs of the inning against Kolkata, he dismissed three KKR batters to steal the show on Monday.

The prominent striker of the Indian bowling attack was struggling to find consistency this season but delivered this memorable performance against rivals reminding the “Form is temporary but class is permanent” proverb to everyone.

Chennai’s roster is determined to have a good ending to an unforgettable IPL campaign and may climb to the sixth position if they are able to emerge victorious against Blue forces. The current form and the team combination suggest that the Yellow Army is the favourite to win this contest although Dhoni is acquainted with the fightback spirit of Mumbai Indians and won’t push his players to comfort until the final ball of the game is bowled.