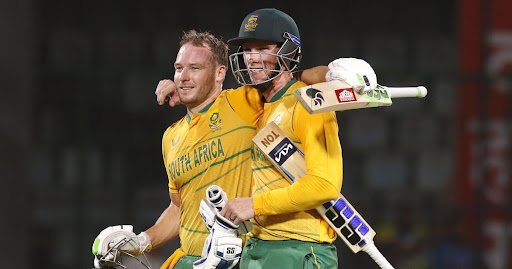 Miller and Rassie were pretty impressive against India in the series

The fifth and deciding T20I cricket match between India and South Africa was abandoned due to rain in Bangalore on Sunday with the series ending level at 2-2. The result was kind of frustrating for the visitors as with their full team, they were expected to crush the Indians who had fielded almost a second-string squad with several first-team players missing the series.

The visitors started the series in a great fashion, winning the first two T20Is at ease. However, they were the second-best side in the next two matches after a spirited performance by the hosts.

The final and the series-deciding T20I in Bengaluru was called off after less than four overs, leaving both teams with a lot of positives and some issues to work out.

Here, we rate how every South African performed in the five-match T20I series against the Men in Blue –

The Proteas skipper Temba Bavuma had a disappointing series against the Men in Blue managing mere 61 runs from the four innings he batted. Although he provided the stability that the visitors required in the second T20I, but failed miserably for the most part of the series. It was definitely a series to forget for the South African skipper.

Coming after a superb IPL season where he starred for Lucknow Super Giants, much was expected of the left-handed batter Quinton de Kock in this series. However, he managed to score just 36 runs from the two games he played in as he was also ruled out due to injury in the second and the third game of the series.

He was especially disappointing in the fourth T20I where he didn’t make any effort to get back to his crease thus being run out which further put the visitors in trouble in that game.

Another average performance from a South African batter in the series. Promoted to bat at No. 3 for the Proteas in the series in the absence of Aiden Markram, Dwaine Pretorius was instrumental in South Africa’s win in the first game of the series where his contribution of 29 runs from 13 balls was very much important. However, since then he failed to make an impact in the series with scores of 4, 20, and 0 in other games.

The player who initiated South Africa’s record win over India in the first T20I, Rassie had a superb 131-run stand with David Miller in the opening game wherein he played an unbeaten innings of 75 runs. It was in fact his thrashing of Harshal Patel in the 17th over for 22 runs, that gave a sight of the win in that game. He, however, completely failed in the next two games before scoring run a ball 20 in the fourth match.

David Miller has had a superb few months of T20 cricket as he helped Gujarat Titans win their inaugural season in the recently concluded IPL followed by exceptional performances for South Africa in this five-game T20I series.

He scored a magnificent 64 off mere 31 deliveries in the first T20I and was the only batter in the Proteas set-up in that game who looked in exquisite touch from ball one. He also batted well in the second T20I and helped South Africa seal the victory in that game as well. However, he did not do much in the other two matches. 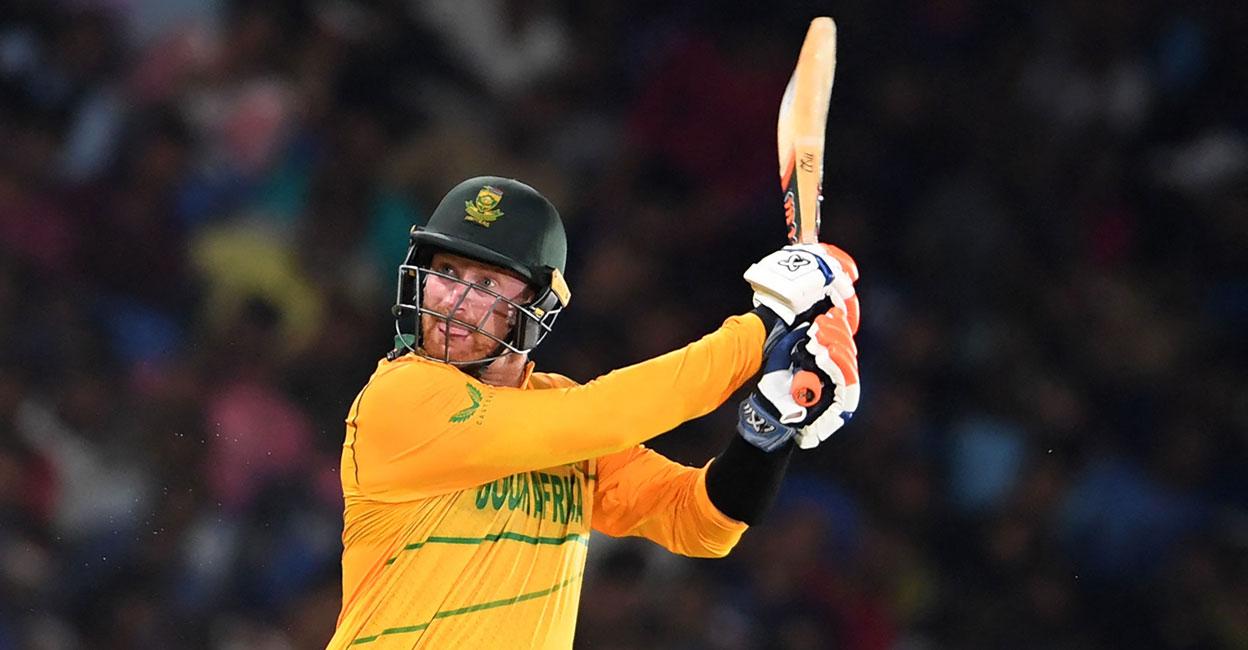 Another masterclass batting performance, Heinrich Klaasen forced the team management to cement his place in the side’s T20I setup after performing exceedingly well in the series.

Dropped from the first game of the series, he came to bat in the second game in place of Quinton de Kock who was nursing an injury and straightaway impacted the game by scoring 81 off 46 deliveries that helped South Africa win the second T20I from the cusp of a loss.

He continued his excellent form in the third game as well scoring 29 runs, however, was undone by Chahal in that match. He didn’t score much though in the fourth game of the series.

The opening batsman came in to play in two games at the expense of De Kock, Reeza Hendricks was another batter who failed to impress the South African management in the series.

In the second ODI, he was undone by Bhuvneshwar Kumar’s peach of a delivery, however, he did try to come back strong in the next game wherein he scored 23 runs however his strike rate of 115 was pretty poor, especially for an opener who is expected to score runs at a brisk pace in the Powerplay overs.

The youngster was selected to play the first T20I but did not get a chance to bat. After that game, he was dropped from the series before again getting a chance in the series decider where the match was called off due to consistent rains.

Coming after the international set-up after a long time, Wayne Parnell failed to impress all with his bowling capabilities. In the three games that he featured in, he scalped just two wickets while he did score 22 runs in the third match of the series.

Keshav Maharaj had a series to forget; where he leaked plenty of runs while managing just four wickets. He needs to up his game or else might lose his place in the T20I setup to upcoming star Bjorn Fortuin.

Tabraiz Shamsi was another bowler who was pretty expensive and also didn’t bag many wickets in the series. Such was his performance during the series that he was dropped for the all-important final T20I.

Kagiso Rabada also underperformed in the current series as per his standards, scalping just two wickets in the series. Except for the second ODI where he was very economical, he leaked away runs in plenty in this series.

Anrich Nortje was another bowler who did not perform to his level in the series. Although he scalped four wickets, he was very expensive in all games he bowled and this is something he needs to pay attention to amid competition from Lungi Ngidi for a place in the playing XI. 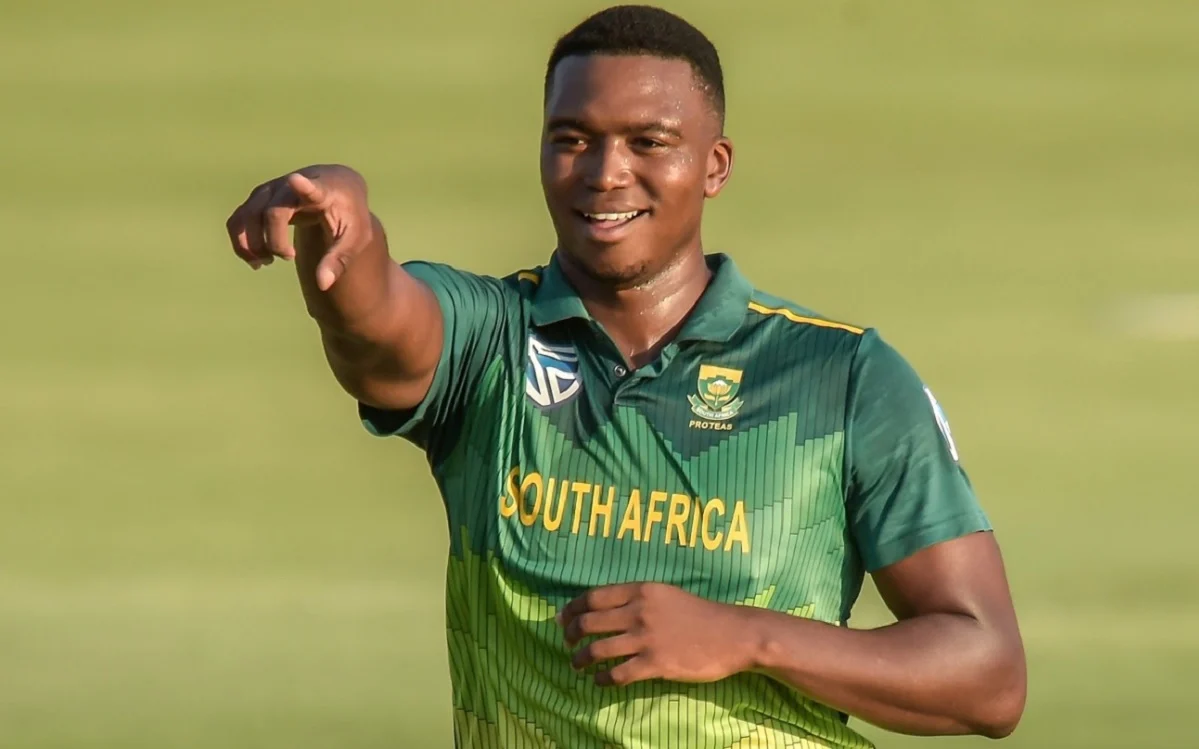 Although he was dropped from the first three games of the series, Lungi Ngidi was exceptional for South Africa in this series. Coming to bowl in place of Rabada in the fourth T20I, Lungi scalped two precious wickets at the expense of mere 20 runs at an economy of 6.7. In the following game, he bowled just nine deliveries and dismissed both the Indian openers before rain playing a spoilsport.

The young fast-bowling all-rounder played a solitary game in the series and was a tad bit too expensive whilst scoring only 12 runs with the bat at a disappointing strike rate of 70.