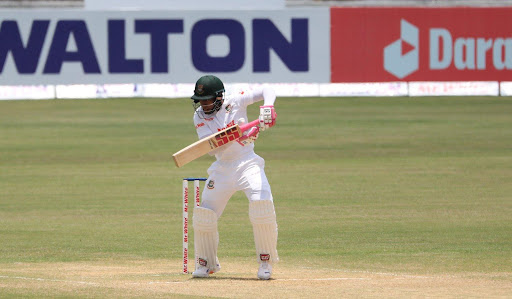 With home conditions backing them, many favoured Bangladesh to win the Test series against Sri Lanka, however, it was the exact opposite that happened. The first Test in Chattogram ended in a draw with only three innings being played and Bangladesh batting only once. The second Test saw Sri Lanka gaining the upper hand with a 10-wicket margin in Dhaka as Bangladesh combined to put only 534 runs on the board from two innings.

Mahmudul Hasan Joy (4/10) – Mahmudul displayed tremendous grit and tenacity to notch his second half-century in Test cricket in the first match before edging a short delivery to the wicketkeeper for 58. The right-handed opener was one of the six batters to get a duck in the first innings of the second Test – the highest number of ducks in an innings in Test history – before edging his shot to the slips for 15 runs in the next innings.

Tamim Iqbal (5/10) – Showing no mercy to the Sri Lankan bowlers, Tamim produced a 133-run knock off 218 balls in the first Test on a batting-friendly pitch before being bundled for a pair in the second match.

Najmul Hossain Shanto (2/10) – Najmul was unable to get his act going in the series as he failed to go into double digits in either of his three innings. The 23-year-old’s spot in the No.3 spot looks in danger.

Mominul Haque (2/10) – Like Najmul, Mominul too failed to breach the double-digit mark as the captain got out on 2, 9, and 0 respectively. Bangladesh had a horrid middle order in the series and Mominul and Najmul may pay a price for it.

Mushfiqur Rahim (9/10) – Mushfiqur etched his name in the history books by becoming the first Bangladeshi batter to reach the 5000-run mark in Test cricket on his way to the century in the first Test. Proving to everyone that his knock was not a fluke, the diminutive wicketkeeper-batsman bagged another century in the first innings of the second Test while the other batters failed to navigate the threat of the Lankan bowlers.

Shakib Al Hasan (7/10) – Shakib tested positive for the COVID-19 before the start of the first Test but recovered just in time to make his way to the starting line-up. Shakib picked up four wickets from a combined 64 overs across two innings in the first Test before replying with a five-for in the second Test. 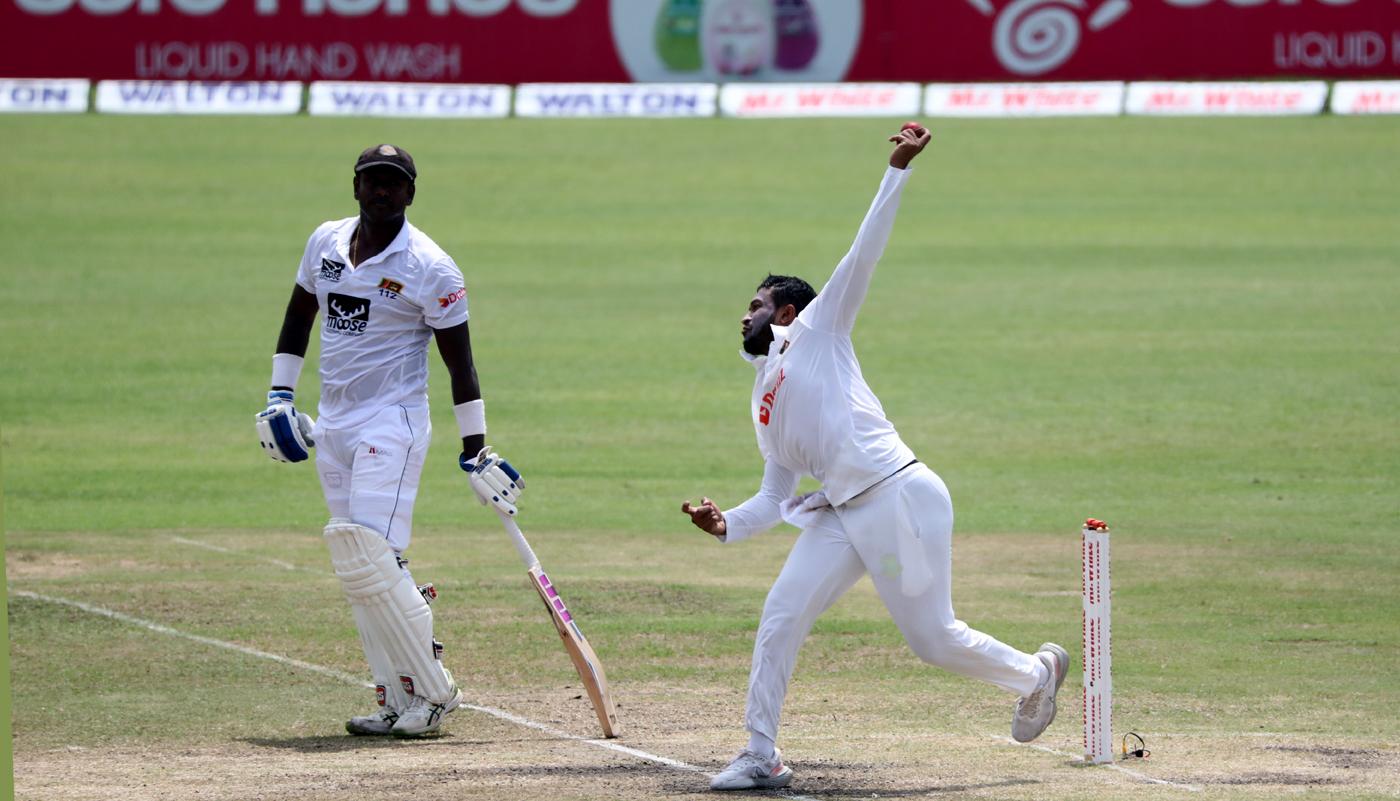 With the bat, Shakib tried to play one shot too many as he departed for 26 in the first Test before going back on a golden duck in the first innings of the second Test. Shakib stitched up a 103-run partnership with Litton in the middle for the sixth wicket but was soon undone for 58 as the duo couldn’t save Bangladesh’s downfall.

Litton Das (8/10) – Propelled by centuries from Mushfiqur and Tamim, Litton fell short by 12 runs off the triple-digit mark in the first innings. However, he got his due reward in the first innings of the second Test as he posted 141 runs on the board. Litton finished the series by tallying 281 runs for Bangladesh, only behind Mushfiqur, as he provided a steady resilience to the Lankan bowlers before the tail-enders came into the picture.

Mosaddek Hossain (2/10) –  Drafted into the side for the second Test, Mosaddek got out on 0 and 9 in the two innings. Like the rest of the pack, he too failed to judge the feisty deliveries of the Lankan bowlers.

Khaled Ahmed (3/10) – Getting a chance in the starting line-up in place of the injured Taskin Ahmed, Khaled failed to make the most of the opportunity presented to him as the right arm medium pacer returned with zero scalps.

Ebadot Hossain (4/10) – Replacing an injured Shoriful in the second Test, Ebadot took four wickets in the first innings although he conceded a staggering 148 runs in his spell of 38 overs. 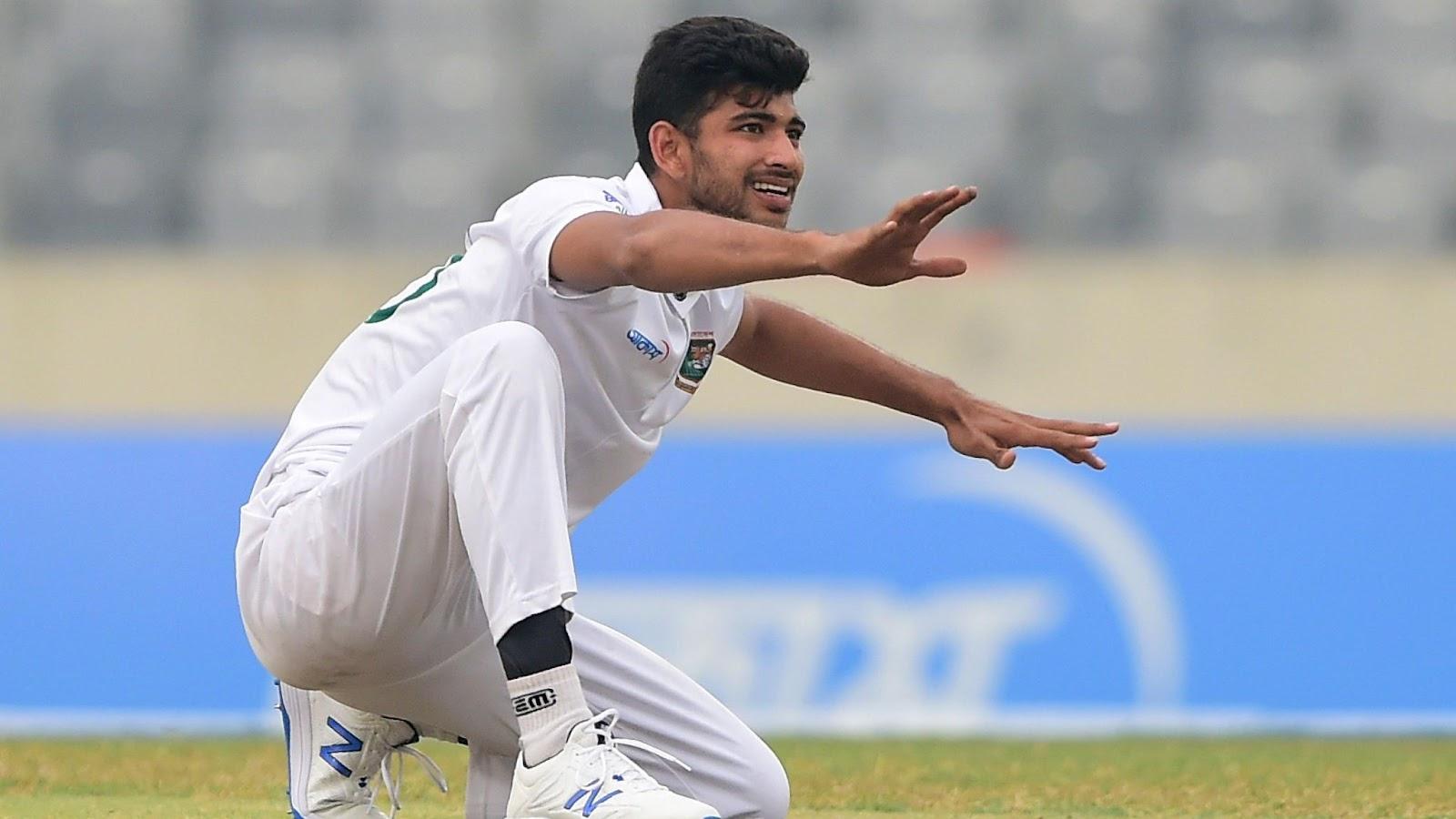 Nayeem Hasan (6/10) – With the Lankan batters going merry in the first Test, Nayeem arrested the free flow of runs with his six-wicket haul in the first innings. However, he failed to replicate his form in the second innings as Taijul stole his thunder and missed out on the second Test due to a finger injury.Shoriful Islam (4/10) – Shoriful fractured his hand while batting in the first innings of the first Test and was unable to take any further part in the series. With the ball, he couldn’t scalp a single wicket as Bangladesh resorted to their spinners.