Will the Zimbabwean side be able to save themselves from the whitewash?

The Australia tour of Zimbabwe comes to the final chapter as it’s time for the 3rd ODI of the bilateral white-ball series. The visiting side will be out there fighting for their pride on Australian soil. The dead-rubber fixture of the series will be played at the solitary venue of the tour, Tony Ireland Stadium of Townsville on Saturday.

It is now confirmed that the Aussies will be gracing the champions podium at the end of the series. However, Zimbabwe still has a lot to prove as their performance in this tour has been vulnerable and they will leave no stone unturned to finish this fifty-over campaign on a positive note.

Australia fielded an unchanged eleven in the previous fixture to prioritise the series win ahead of testing the bench strength. However, we may see plenty of changes in the Aussie lineup in the upcoming game as the series is already done and dusted for the home team. Mitchell Marsh was absent from the matchday squad of the previous game due to ankle soreness which will also keep him out of the action from an important away series with the neighbours of New Zealand.

On the other hand, the visitors made only a single change in the Second ODI where the veteran batting all-rounder Sean Williams replaced Victor Nayuchi in the lineup. Williams’ presence was a very crucial one as his individual tally of 29 runs off 45 balls was the highest contribution for Zimbabwe in that inning. The gaffer Dave Houghton has already confirmed that the strike gunman Blessing Muzarabani won’t be seen in this tour as his recovery from thigh injury is still going on and they don’t want to risk him before the 2022 T20 World Cup qualifiers. 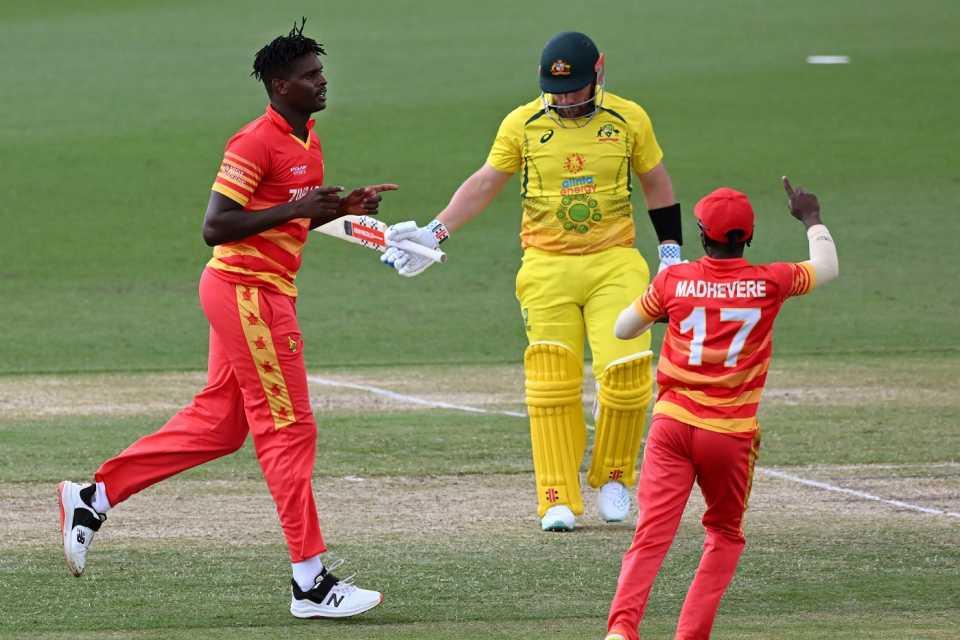 Richard Ngarava has given haunted times to the Australian skipper

After losing the opening game, Zimbabwe suffered the same fate in the following fixture as they once again failed to put up a fight for the honour. The visitors who posted a fighting total of 200 in the first ODI could not even cross the 100-run mark this time got all out within 28 over on the team total of 96. The batting department left nothing for the bowling unit as the second innings got consummated inside the 15 overs as only 42.3 overs were combined bowled in the entire play.

It was the brilliance of the five-time World Champions after all as they bundled up the Red Chevrons so cosily. Australia also struggled a bit at the start of the second innings where they were two down on 16 in the third over but then an unbeaten 84-run stand by Steve Smith and Alex Carey for the third wicket made them through. The talismanic speedster Mitchell Starc was adjudged Player of the Match for his marvellous spell where he bagged three wickets in eight overs and gave away just 24  runs at an economy rate of 3 runs per over.

The home team trampled down the challenge of the visitors in both earlier fixtures of this season. As of now, the lead of the Yellow Invincibles in head-to-head count reaches 29 wins out of 32 encounters. Meanwhile, the number of victories over Aussies by the Zimbabwean side still stands at three.

The Aussies have a golden opportunity in this fixture to register their thirtieth win over the African outfit. Zimbabwe and Bangladesh are the only elite sides against whom Australia has played double-digit encounters but still yet to achieve the landmark of 30 wins. The Men in Yellow have already sealed their first-ever bilateral triumph over the Chevrons and now they are aiming to turn it into a whitewash. 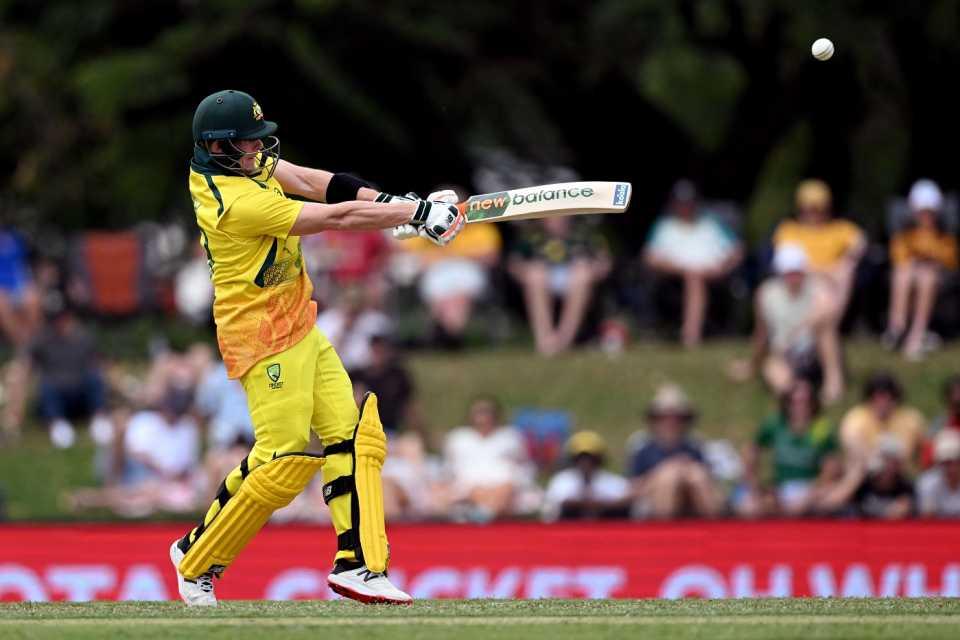 Smudge seems to be in a great touch!

Steve Smith: The former Aussie skipper is currently leading the run-scoring charts of this series with 95 runs from just two innings. Smith remained not out on both occasions as he returned to the dugout only when the given target was achieved. He is also the only player from this bilateral saga who has reached the double-digit number of boundaries by striking 14 fours and a solitary six as well.

The Sydney-born batter kick-started the campaign with a robust stand of 48 runs off 80 balls which sailed the Yellow outfit to victory. He then went on to play a similar knock in the Second ODI but this time, at a higher strike rate of 114.63 as the given target was quite low on this occasion. Smith was the top scorer for Australia in both games and must be aiming to replicate it in the dead-rubber game too.

Richard Ngarava: The 24-year-old speedster remains the only Zimbabwean bowler who bagged at least a wicket in both fixtures of the series. Only two Australian wickets were fallen in the Second ODI and both of them were picked by this left-arm pacer. He also picked the first wicket of the series for the Zimbabwe camp when he got the stumps of the opposition Aaron Finch in the eighth over of the innings.

Courtesy of Ngarava’s opening spell, Zimbabwe got a fine start while defending the minimal total of 96 in the Second ODI. He sent both Australian openers back to the pavilion through caught-out dismissal within the first three balls of his second over and stunned the home crowd. Ngarava got the wicket of Finch on both occasions and must be aiming to complete a hat-trick of dismissals.

Whether it’s current form, head-to-head record or any other prediction aspect, Australia outclasses their counterparts by a huge margin. The Red Chevrons are determined to turn up in full strength for the final fixture to get away from the clean sweep fate. The home team will be also considering major changes to protect their key players and offer some time on the field to the bench-warmers hence we can expect a competitive battle at Townsville.