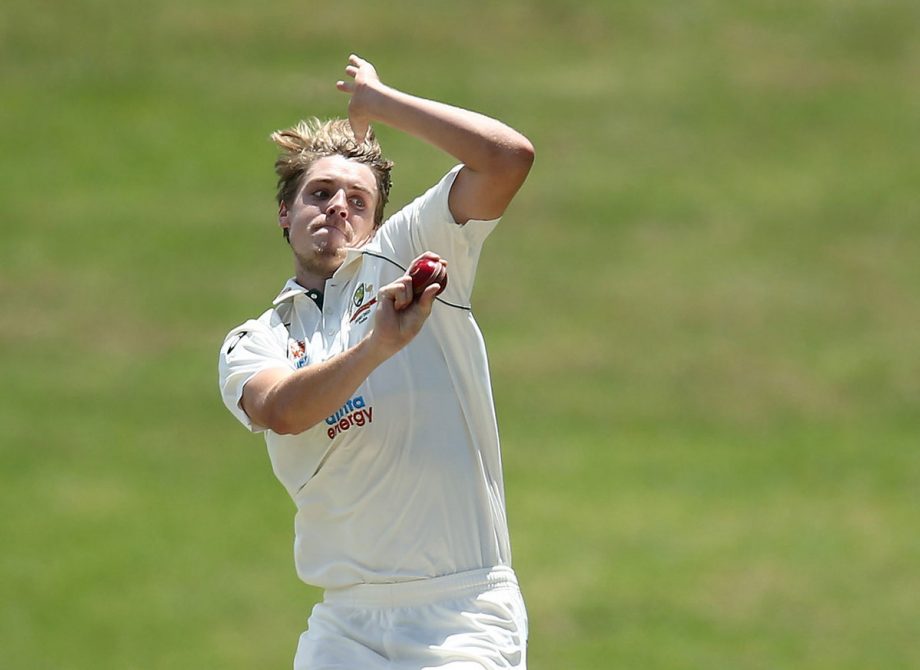 Australia head coach Justin Langer has announced that all-rounder Cameron Green will be handed his baggy green cap ahead of the first ever day night Test match between India and Australia starting on December 17 at the Adelaide Oval.

Green featured in the limited-overs leg of the India tour of Australia 2020-21 so in the tour match where in he took a blow to his head and was subsequently ruled out of action and was substituted as well. The Australian head coach now says that Green will feature in the first Test match provided he clears the concussion for protocols as well as a fitness tests ahead of the contest.

Langer told reporters, according to ESPNCricinfo,

“If he’s passed fit he’ll definitely play. We are just going through the protocols. He had another test this morning which we got good news on. He’s a terrific young bloke, obviously an excellent talent, he’s earned the right for selection through his performances. It’s very exciting for Australian cricket for him and his family.”

Australia have been battling the issue of injuries to many key players such as David Warner, Moises Henriques, Sean Abbott, Will Pucovski and the latest in the list being batting mainstay and former captain Steve Smith, who did not attend the practice session two days out of the opening Test match starting on Thursday. Smith has a sore back and the Australian camp says that the right-handed batsman ,who is ranked top in the world, will be hitting the nets on Wednesday—one day before the Test series for the Border-Gavaskar Trophy 2020-21 gets underway.

While the Adelaide Oval will be hosting the first-ever day-night Test match between the intense rivals in India and Australia, the customary Boxing Day Test match will be held in Melbourne, while Sydney will be the host to the customary New Year’s Test match. The Gabba in Brisbane will be the venue for the fourth and final Test which also happens India’s last match on the tour before they head home.