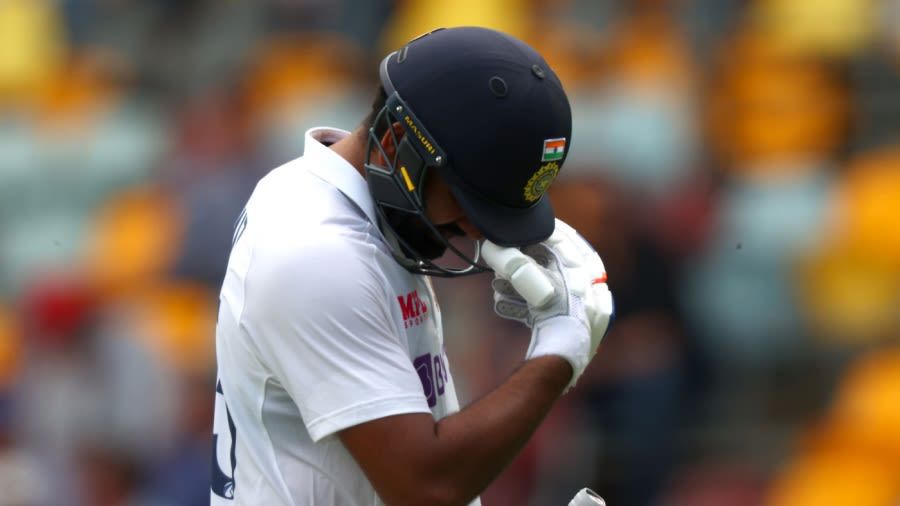 Rohit Sharma perished after cracking six fours in his 44, at a time when he looked set for a big innings in the fourth and final Test at the Gabba in Brisbane

India reached 62/2 before heavy rains brought an early end to the second day’s play in the fourth and final cricket Test match of the Border-Gavaskar Trophy on Saturday at the Gabba in Brisbane. The visiting side lost their openers Shubman Gill (7) and Rohit Sharma (44) and they still trail by another 307 runs in the first innings.

Australia posted a strong total of 369 in their first innings with their last five wickets adding as many as 95 runs during the second day’s play. While their captain Tim Paine fell for the exact score of 50, all-rounder Cameron Green, who was coming off a superb knock of 84 in the previous Test, was castled by India debutant spinner Washington Sundar for 47.

The Australian tail wagged really well for the home side since they look like falling short of a strong first-innings total after a promising start with the bat. The likes of Mitchell Starc (20 not out), Nathan Lyon (24) and Josh Hazlewood (11) provided strong resistance while the inexperienced Indian bowling attack also tasted some degree of success.

Playing in their first Test, the likes of T Natarajan 3/78 and Washington Sundar 3/89 impressed whereas right-arm pacer Shardul Thakur returned with 3/94 as India did not let Australia go past the 400-run mark.

India were rocked early on in their innings when right-arm world No 1  fast bowler Pat Cummins claimed the key wicket of in-form opener Gill, getting him caught in the slips, while Lyon applied brakes on Sharma’s charge when he had him caught at midwicket by Starc for 44. Sharma hit six fours during his stay of the innings and looked like he was setting up well for a big knock, but he decided to dance down the track to hit the off-spinner playing in his 100th Test and was caught at midwicket.

India captain Ajinkya Rahane (2 not out) and No 3 mainstay Cheteshwar Pujara (8 not out) were at the crease when tea was taken and the final session could not resume following a heavy spell of rain, which did subside after an hour or so but the play could not be resumed due to a wet outfield.