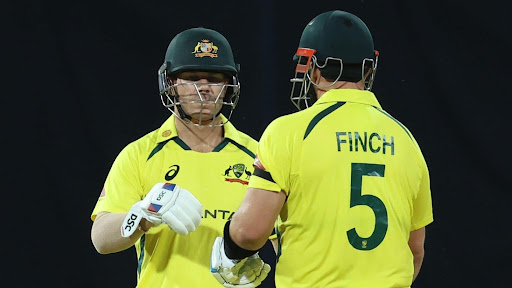 Having set their eyes to retain the ICC World T20 Championships to be held later this year in their own backyard, Australia beat Sri Lanka 2-1 in a bilateral T20I series to boost their confidence. The Aussies made light work of the home team in the first two encounters before losing the final fixture from a winning position.

David Warner (9/10) – Warner showed no mercy on the Sri Lankan batters by smashing 70 runs off 40 deliveries to help Australia chase down a modest total of 129 in the first T20I. Leaving no stone unturned to hit boundaries in the powerplay while preserving his wicket, Warner made 60 runs in the next two matches to lay a strong foundation for the coming batters.

Aaron Finch (8/10) – Opening the innings with Warner, Finch remained unbeaten at 61 as the Aussies won the first T20I without conceding a single wicket. Finch got out inside the powerplay in the next two matches but struck nine boundaries in those encounters to give Australia a healthy start to the innings.

Mitchell Marsh (2/10) – Marsh didn’t get the opportunity to bat in the first T20I and only mustered 11 runs on the board in the second T20I before being plumbed by Hasaranga. The fast-bowling all-rounder had fitness and form issues and was replaced by Josh Inglis for the third T20I.

Glenn Maxwell (6/10) – Apart from hitting two maximums in the third T20I, Maxwell couldn’t do much with the bat this innings. However, he scalped the wickets of Gunathilaka and Asalanka in the second T20I and conceded only 18 runs off his two overs.

Steven Smith (5/10) – Smith’s form in the shortest format of the game came under scrutiny once again as he got out in single digits in the second T20I while playing a slow knock of 37 runs off 27 deliveries in the third T20I. His risk-averse nature is doing more harm than good for the Australian side.

Josh Inglis (1/10) – Inglis replaced Marsh for the third T20I but was unable to get off the mark as he got run out for a golden duck. Despite the series win, Australia is yet to find a suitable player for the No.4 role.

Marcus Stoinis (6/10) – Stoinis went ballistic with the bat in the third T20I as he targeted Jayawickrama to score 38 runs off 23 balls. He got an opportunity to bowl in the same match as well and returned with an economical figure of 2-0-8-2. 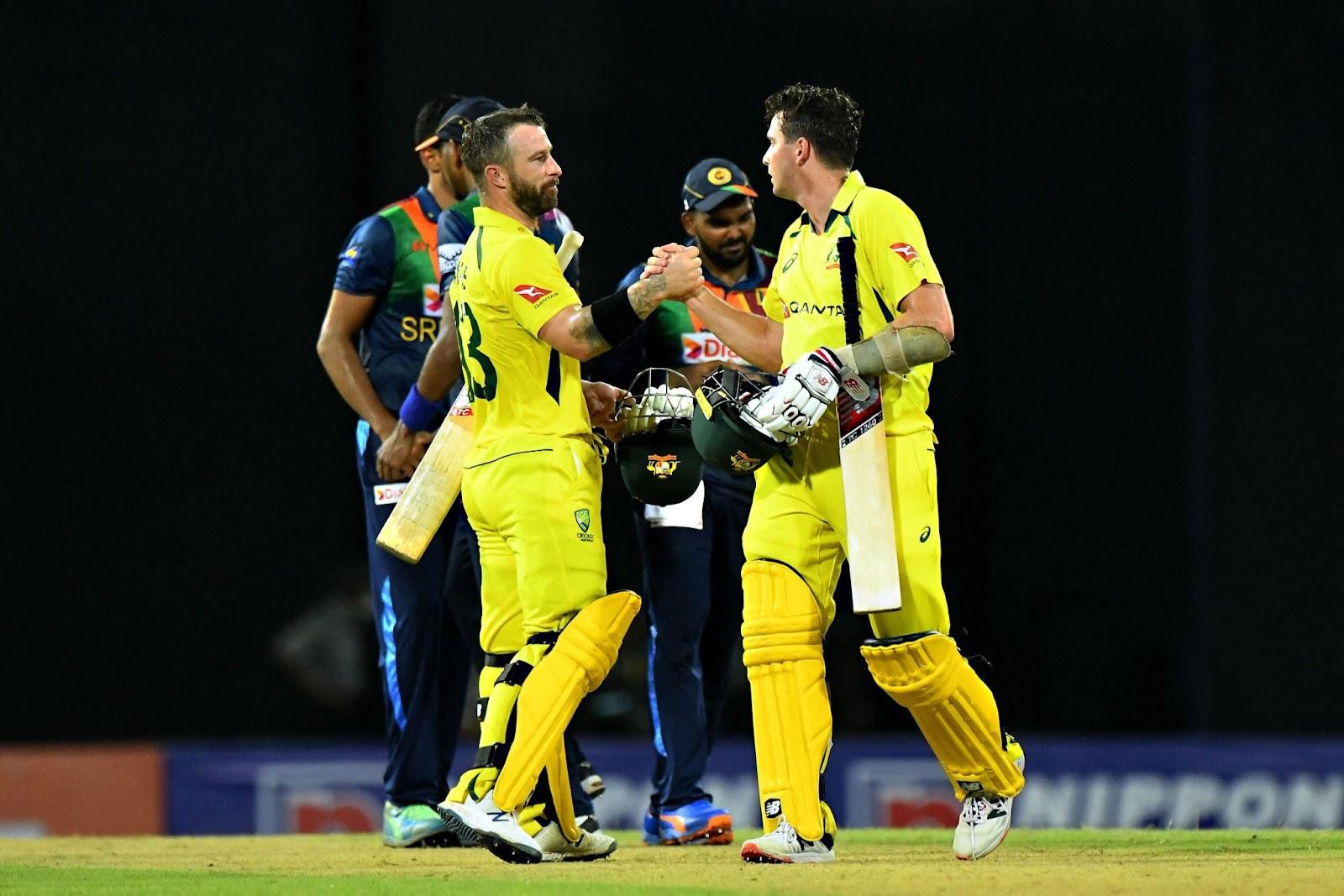 Matthew Wade (8/10) – Australia found themselves in a tricky situation in the second T20I as they had only three wickets in hand while requiring 26 runs to win. Alongside tail-ender Jhye Richardson, Wade preserved his wicket till the end to seal the series for Australia in his knock of 26 runs at a strike rate of 100. Wade returned unbeaten at 13 runs off 8 deliveries in the last T20I.

Ashton Agar (7/10) – Agar was at his economical best in the series as he conceded only 75 runs off his 12 overs in the middle while picking the wicket of Rajapaksa in the third T20I.

Jhye Richardson (7/10) – Jhye had a mixed T20I series as took three wickets in the second T20I to restrict Sri Lanka to only 124 runs. Lending a helping hand to Wade, Jhye consumed 20 balls to hold his wicket. However, in the third T20I match, he conceded 46 runs in his spell of four overs that included an 18-run over towards the end.

Kane Richardson (6/10) – Kane was at his ruthless best in the second T20I as he crumbled Sri Lanka’s middle and lower order on his path to scalp four wickets. However, he was unable to cope with the pressure of defending 19 runs off the final over in the third T20I as his three wides alongside two boundaries and a six proved to be the difference between the two sides. 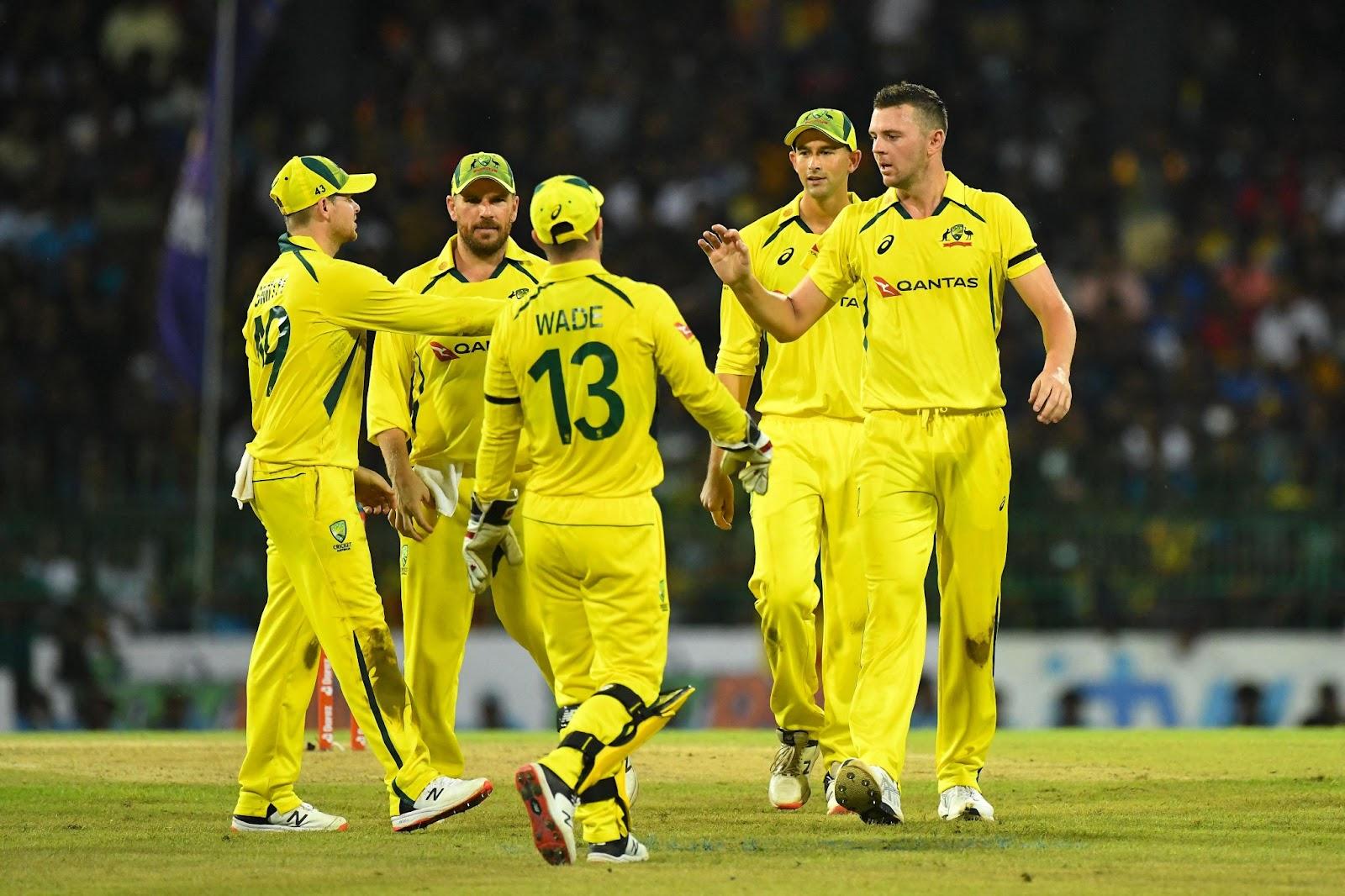 Josh Hazlewood (9/10) – Hazlewood was the most economical bowler in the T20I series, having conceded only 57 runs from 12 overs in the middle. Hazlewood scalped three wickets in the 14th over of the first T20I left Sri Lanka into all sorts of disarray as they were only able to post 25 runs from the next six overs.

Like the first fixture, Hazlewood conceded only 16 runs from his spell of four overs in the second T20I match that included a maiden. Hazlewood bagged another maiden in the third T20I while adding two wickets to his collection.