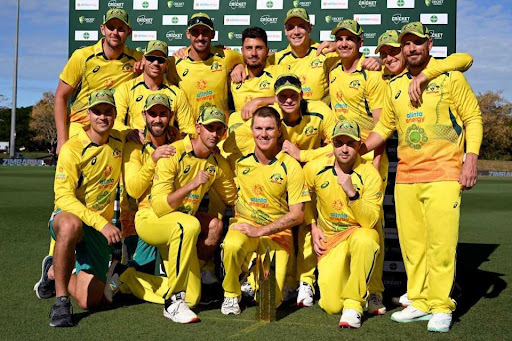 Happy Aussie faces at the end

Australia registered their first-ever bilateral triumph over the Zimbabwe side on the home turf. A late fightback from visitors couldn’t stop the home team from gracing the champions podium and lifting the trophy after clinching the One-Day International saga on a 2-1 scoreline.

Let’s take a look at the player ratings and detailed performances report of Team Australia from this home series against Zimbabwe.

David Warner (9/10): The star southpaw opener was the only batter from this series who crossed the individual milestone of 100 runs. Warner scored 164 runs from three innings at an astonishing average of 54.67 and also remained the only player who struck 20 or more boundaries. He kick-started the campaign with a fine 57-run knock in the opening fixture where his half-century played a pivotal role in Australia’s successful chase.

After failing to continue the momentum in the following ODI, the 35-year-old bounced back in the final fixture with an incredible stand of 94 runs off 96 balls. It was a special knock for him as he alone went on to contribute 67% in the team total of 141 at Townsville. 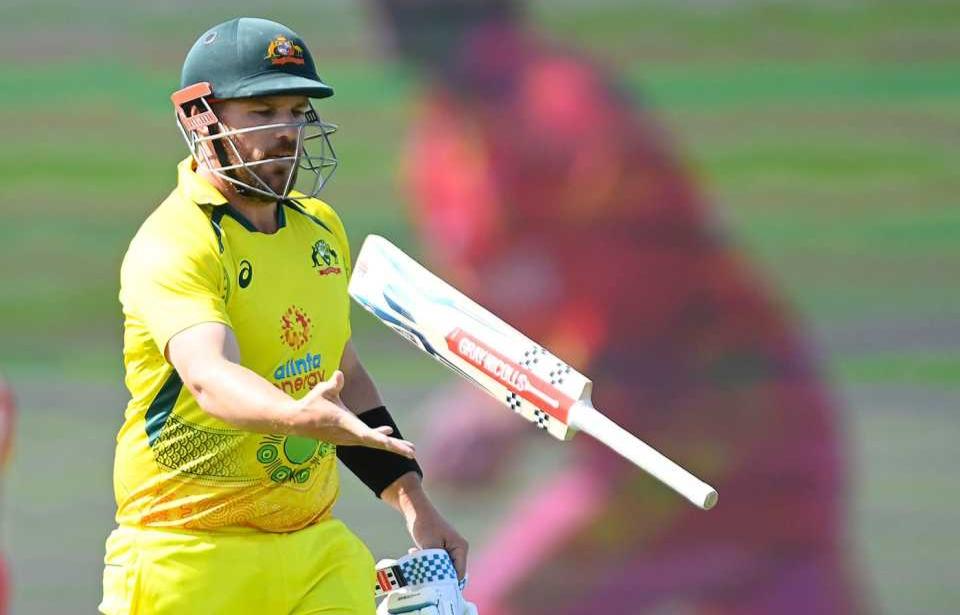 A dreaded run for the Aussie skipper continues

Aaron Finch (4/10): A forgettable home series for the Aussie skipper who didn’t even make it to the Top 10 highest run-scorers of the series. Finch fetched a minimal individual runs tally of just 21 runs in three innings as twelve other batters had more runs than him in this three-match bilateral saga. He is now the centre of criticism for not just a flop show with his will but his captaincy compatibility has also been questioned.

Steven Smith (7/10): Smith who is widely regarded as a modern-day great has once again proved his worthiness in the 50-over format. Australia won both games when this stylish stroke-maker scored runs but crumbled apart when he couldn’t do it so. The former Australia all-format skipper played a crucial role in the first two matches but failed to replicate it in the dead-rubber fixture.

His average in this series was 96 as he got out once and remained not out when they staged successful run-chases in the first and second games. In the second ODI where both Aussie openers departed early, Smith saved the Kangaroos from collapse and chased it down rapidly to claim the series win.

Glenn Maxwell (7/10): Despite getting very few opportunities in the series, the hard-hitting batter still managed to leave his mark. Maxi arrived at the crease in the 30th over and wrapped up the opening ODI in the next three overs with his special cameo of 32 runs off just nine deliveries while batting at number seven. His next batting turn came in the final game where his 19 runs turned out to be the only double-digit individual contribution apart from David Warner for Australia.

Marcus Stoinis (6/10): The Perth-born batting all-rounder scored 19 runs from 14 balls in the opening encounter but did not get the opportunity to bowl in the presence of Mitchell Marsh. Stoinis bowled an economical short spell in the following game where he just gave away nine runs from four overs. He finally got his first and only breakthrough with the ball when he dismissed the target-man Sikandar Raza in the final fixture of the campaign.

Alex Carey (5/10): The 31-year-old delivered a stellar performance with gloves on but couldn’t do it the same with his willow. His only fine performance with the bat came in the Second ODI where he was the second-highest run-scorer for the Men in Yellow. After arriving quite early at the crease, Carey played an unbeaten knock of 26 runs and had a match-winning 84-run partnership with Steve Smith for the third wicket.

Mitchell Marsh (6/10): The pace-bowling all-rounder featured only in the First ODI where he picked a solitary wicket and scored two runs with the bat. Marsh flew back to Perth midway through the campaign after suffering an ankle injury during his only appearance. He missed the last two games due to ankle soreness and has also been ruled out of the upcoming ODI series with New Zealand.

Cameron Green (9/10): The youngster is gradually cementing his place in Australia’s 50-over side through his all-round prowess over time. He was one of the prime contenders for the Player of the Series award for his heroics in this series. He was the joint highest wicket-taker of the campaign with eight wickets from three innings and also had the best bowling average of 7.12. 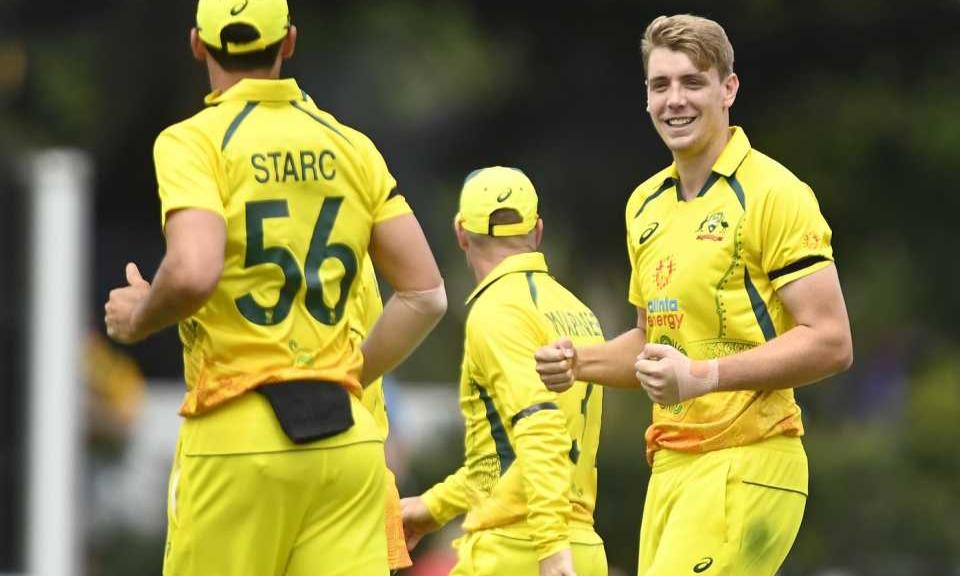 Green was adjudged Player of the Match recipient in the opening games for bagging a five-wicket haul in Australia’s five-wicket triumph. He then went on to pick two in the following game and one in the final fixture to end up on eight wickets.

Ashton Agar (6/10): Agar could not make it to the Aussie playing eleven in the first fixture but was included in the following game after the unavailability of Mitchell Marsh. He replaced injured Marsh in the Second ODI where he got only three overs but still ended up with the wicket of opponent skipper Regis Chakabva. The spin-bowling all-rounder once again picked a solitary wicket when he got the stumps of set batter Tony Munyonga at a crucial stage of the match.

Mitchell Starc (8/10): The star Aussie speedster featured in all three matches of the series and picked at least a wicket in each one of them. His most notable performance came in the second game in which he was awarded the Player of the Match honour for bagging three Zimbabwe wickets in his eight-over spell. All three dismissals of Starc were the top-order batters whom he sent back to the pavilion inside the first seven overs of the innings.

Adam Zampa (8/10): The strike spinner of the Kangaroos earned the Player of the Series award for his vital contribution to the home triumph. Zampa was the third-highest wicket-taker of the series with six wickets from three appearances under his helm. He bowled 21.5 overs across the three matches and maintained his bowling average of 18.33.

The leg-spinner fetched three-three wickets in the first two games but went wicketless in the final one despite bowling eight overs in the fixture. His victim list of the First ODI consisted of the big names Tadiwanashe Marumani, Wesley Madhevere, and Tony Munyonga.

Josh Hazlewood (7/10): The talismanic 31-year-old pacer did not come into much limelight but still ended up inside the list of Top 5 wicket-takers. Hazlewood had a slumpy start to the series as he could bag only a single wicket from the first two fixtures.

However, he bounced back in the dead-rubber encounter by finishing his ten-over quota by spending just 30 runs and also picked three wickets.

Mukesh Kumar received a maiden call-up in the Indian squad