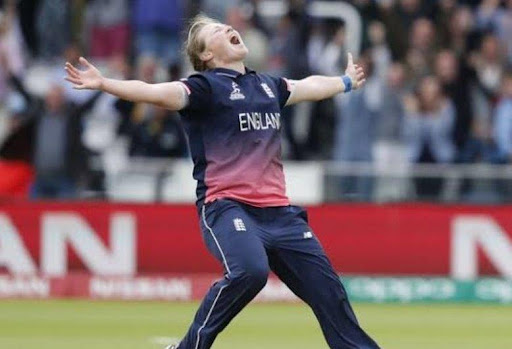 England bowler Anya Shrubsole has announced retirement from International cricket, she had represented England in 173 games and took 227 wickets in her International career and is considered England’s fourth-highest wicket-taker.

England pacer Anya Shrubsole has announced retirement from International Cricket. She performed the most memorable performance over India at Lord’s by taking 6 wickets in the final.

She represented England in 173 games and took 227 wickets in international matches across all formats and is currently England’s fourth-highest wicket-taker while he was part of two Ashes-winning and two World-Cup winning campaigns. She will continue to play domestic cricket.

“I feel immensely privileged to have been able to represent my country for the past 14 years,”

“To have been involved in women’s cricket at a time of such growth has been an honor but it has become clear to me that it is moving forward faster than I can keep up with, so it is time for me to step away.

“Never in my wildest dreams did I think I would be lucky enough to play for England for so long, I’d have been happy with one game. There have been many ups and downs along the way but it was all worth it to be able to lift the ICC Women’s World Cup at Lord’s in 2017.

“Anya has been the most tremendous servant to English cricket, and to women’s cricket specifically.

“For 14 years she has given everything to the team so her reasons for retiring should be so selfless. In her last game for England – the ICC Women’s World Cup final in Christchurch – Anya was the team’s stand-out performer with the ball, just as she was on that magical day at Lord’s in 2017 when England women lifted the World Cup.

“Her longevity, skill, and impact with the new and old ball are testaments to her work ethic and commitment over so many years.

“Aside from her genius with the ball, Anya was the perfect teammate – selfless, dedicated, thoughtful, and kind. She has already dedicated 14 years to England Women’s cricket and I know that she will continue to have a huge impact on the game post-playing.

“Anya loves the game as much as anyone I’ve ever met and we look forward to retaining her expertise and passion as she embarks on her next chapter.

“We thank her for everything she has done, for every girl she has inspired, and wish her all the best for what comes next.”