Afghanistan’s performance against Ireland highlights room for improvement: Player Ratings for the visitors 

Afghanistan suffered a 3-2 defeat against Ireland

Afghanistan arrived in Ireland after beating Zimbabwe 3-0 in a T20I series, and understandably, many expected them to beat the boys in green without much of a hassle. However, that was not to be as Andrew Balbirnie’s team stunned the visitors, with Afghanistan succumbing to a 3-2 defeat.

Let us check out the report card of the Afghan players:

Hazratullah Zazai (4/10): Afghanistan fans always have high expectations from Hazratullah Zazai and for the right reasons, as the swashbuckling opening batter has proved his class time and again. However, he had a very torrid time in this series, scoring only 55 runs from three matches at an average of 18.33 and a strike rate of 110.00.

Rahmanullah Gurbaz (7/10): Like Zazai, Rahmanullah Gurbaz is another Afghan batter who has already made a name for himself by performing well in various franchise T20 leagues all over the world. He did have a fairly decent outing against the Irishmen, scoring 108 runs at an average of 21.60 and a strike rate of 140.25.

Ibrahim Zadran (6/10): Ibrahim Zadran is only 20 years of age, and quite understandably, consistency is one of his drawbacks. However, the youngster looks very elegant on the days he gets going. Zadran scored 91 runs in five matches, maintaining an average of 22.75 and a strike rate of 142.18. 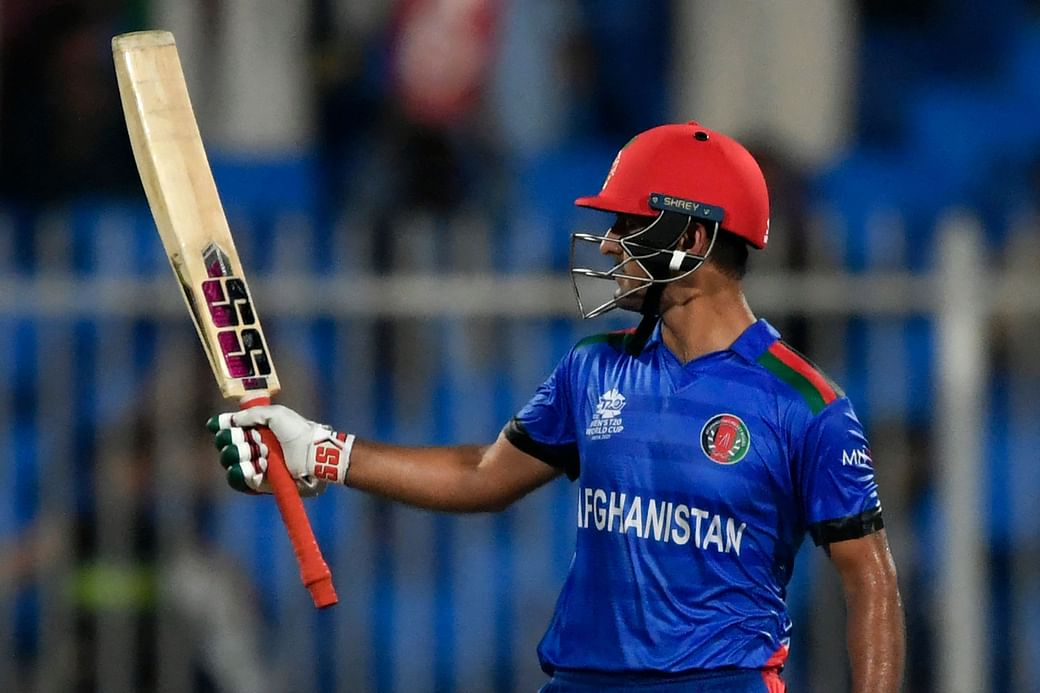 Najibullah Zadran was one of Afghanistan’s few impressive batters

Usman Ghani (8/10): Usman Ghani is one of the very few Afghan batters who were successful in tackling the Irish bowlers. He scored 104 runs in only the three innings where he got a chance to bat, including one half-century. Ghani had an average of 52.00, which is the highest by any batter from his team, whilst his strike rate was 114.28.

Najibullah Zadran (9/10): Amid the flamboyant-yet-reckless batters like Gurbaz and Zazai, Najibullah Zadran always proves to be a stabilizer of Afghanistan’s batting unit. We saw the same in this series, as the veteran scored 125 runs – more than any of his teammates. He too scored a half-century, while his strike rate of 164.47 is the highest among the batters who scored over 50 runs.

Hasmatullah Shahidi (3/10): Hashmatullah Shahidi played two matches in this series, where he scored 47 runs at an average of 23.50. Considering the performances of some of his teammates, Shahidi did not do too poor, but his strike rate of only 87.03 is certainly unacceptable in this version of cricket.

Rashid Khan (6/10): Rashid Khan’s performance in this series can be judged from two perspectives. As for Rashid the bowler, he could not impress and picked up only three wickets in five matches. However, He was useful with the bat, scoring 42 runs at a strike rate of 175.00. 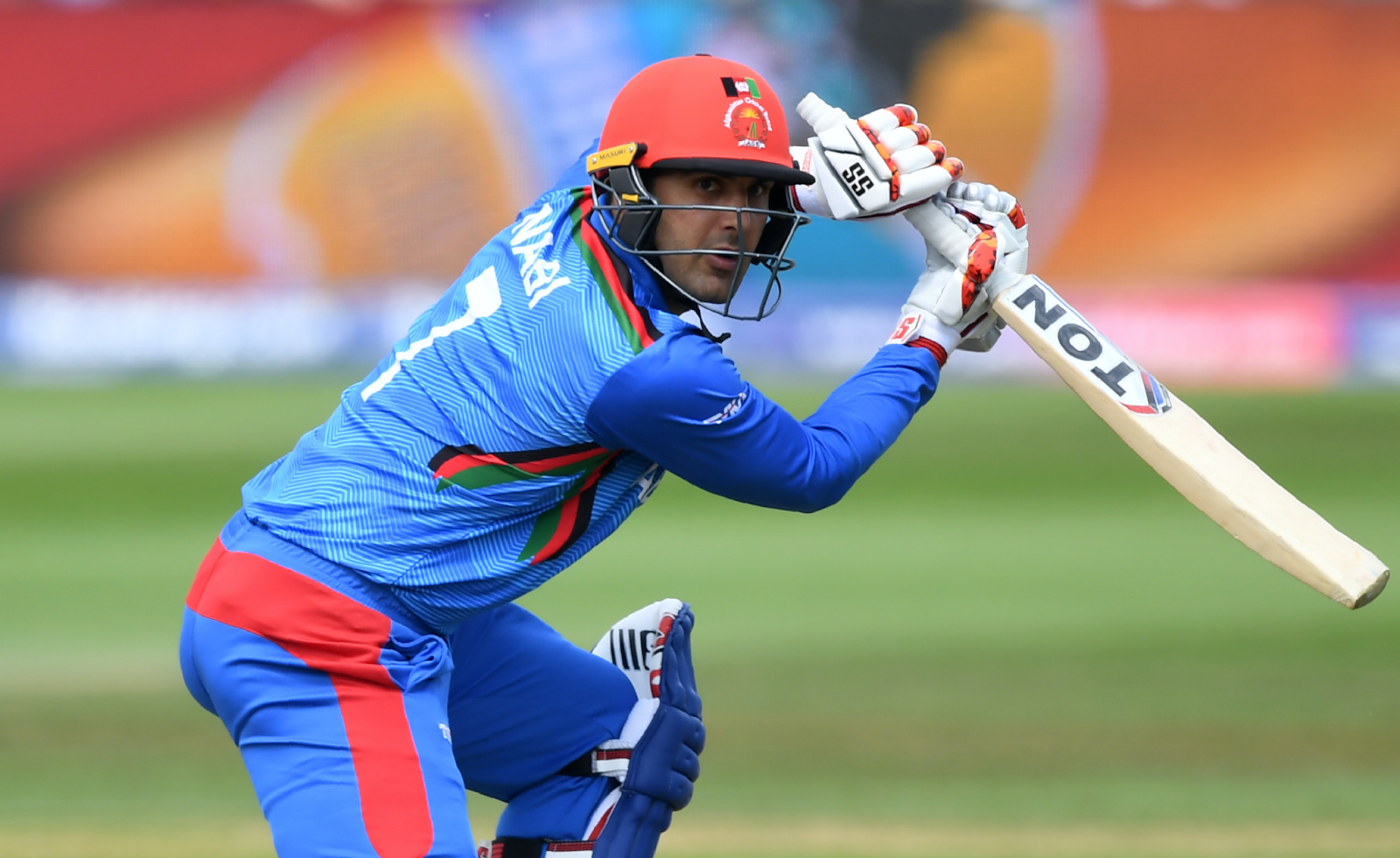 Mohammad Nabi failed to contribute with the bat

Mohammad Nabi (5/10): Mohammad Nabi blew hot and cold in this series. He failed to contribute with the bat, scoring only 25 runs in five matches at a poor average of 5. However, he did somewhat make up for it with his spin bowling, scalping four wickets at an average of 20.

Azmatullah Omarzai (4/10): The Afghanistan team management rates all-rounder Azmatullah Omarzai highly, but he could not justify the hype in this series. The 22-year-old scored only 41 runs with the bat at an average of 13.66. As for his bowling performance, he picked up only a single wicket in five matches and was expensive as well.

Sharafuddin Ashraf (NA/10): It will be very harsh to assign a rating to Sharafuddin Ashraf. The 27-year-old was given a chance in the playing XI in only one game, but he did not have to do anything. Nabi did not give the ball to Ashraf, while as for his batting, he came out at the very end of Afghanistan’s innings and remained unbeaten on 0.

Naveen-ul-Haq (8/10): Naveen-ul-Haq was undoubtedly Afghanistan’s most impressive bowler in this series. The young pacer topped the wicket-taking charts for his team with 7 wickets, including a three-wicket haul. He maintained an average of 17.28 and conceded runs at an economy rate of fewer than 9 runs per over.

Mujeeb Ur Rahman (7/10): Barring Naveen, Mujeeb Ur Rahman was the only Afghan bowler who looked in good rhythm in this series. The spinner picked up 6 wickets in five matches at an average of 17.16. Another impressive aspect of his statistics is his economy rate of only 6.86 runs per over.

Fareed Ahmad (6/10): Left-arm pacer Fareed Ahmad got a couple of opportunities in this series, and in those matches, he gave a good account of himself. The 28-year-old picked up 3 wickets at an average of only 9.33 and an equally impressive economy rate of 7.63 runs per over.

Fazalhaq Farooqi (7/10): Fazalhaq Farooqi played only three matches but did fairly well in those three games. The speedster picked up 3 wickets, maintaining an average of 23.33 and an impressive economy rate of only 7 runs per over.