Recently, England’s newly crowned white-ball captain Jos Buttler played one of the most memorable knocks of his career when he remained unbeaten at 162 against the Netherlands in the first ODI back in June 2022.

Not only did he put his name front and centre to be selected as England’s new white-ball captain, but it was also hands down one of the most entertaining knocks that he had played of late and he’s played quite of few of them this year alone.

Also, the 31-year-old etched his name in the record books as he joined the likes of Jason Roy and Alex Hales among the batsmen who have scored the highest individual total for England in ODI cricket. Now despite Buttler’s best efforts, his knock was only fourth-best among the batsmen who hold the honours for having the highest totals while representing the Three Lions in ODIs. Who tops the list? Read on to know more.

In June 2016, Sri Lanka was touring the United Kingdom and the 4th ODI at the Oval witnessed a special knock from Jason Roy. Having won the toss, the Three Lions elected to bowl first, but the move back-fired in immense proportions with as many as four players from the visiting side scoring half-centuries.

Thankfully, Roy had something special in store for the home fans. The match had been marred by rain, and England was asked to chase a revised target of 308 in 42 overs. Up stepped Roy and he played a sublime knock of 162 runs in 118 balls, laced with 13 boundaries and three sixes. The English opener was dismissed with 27 runs needed for the win, he had already done a commendable job of putting the Three Lions on the verge of a memorable win. 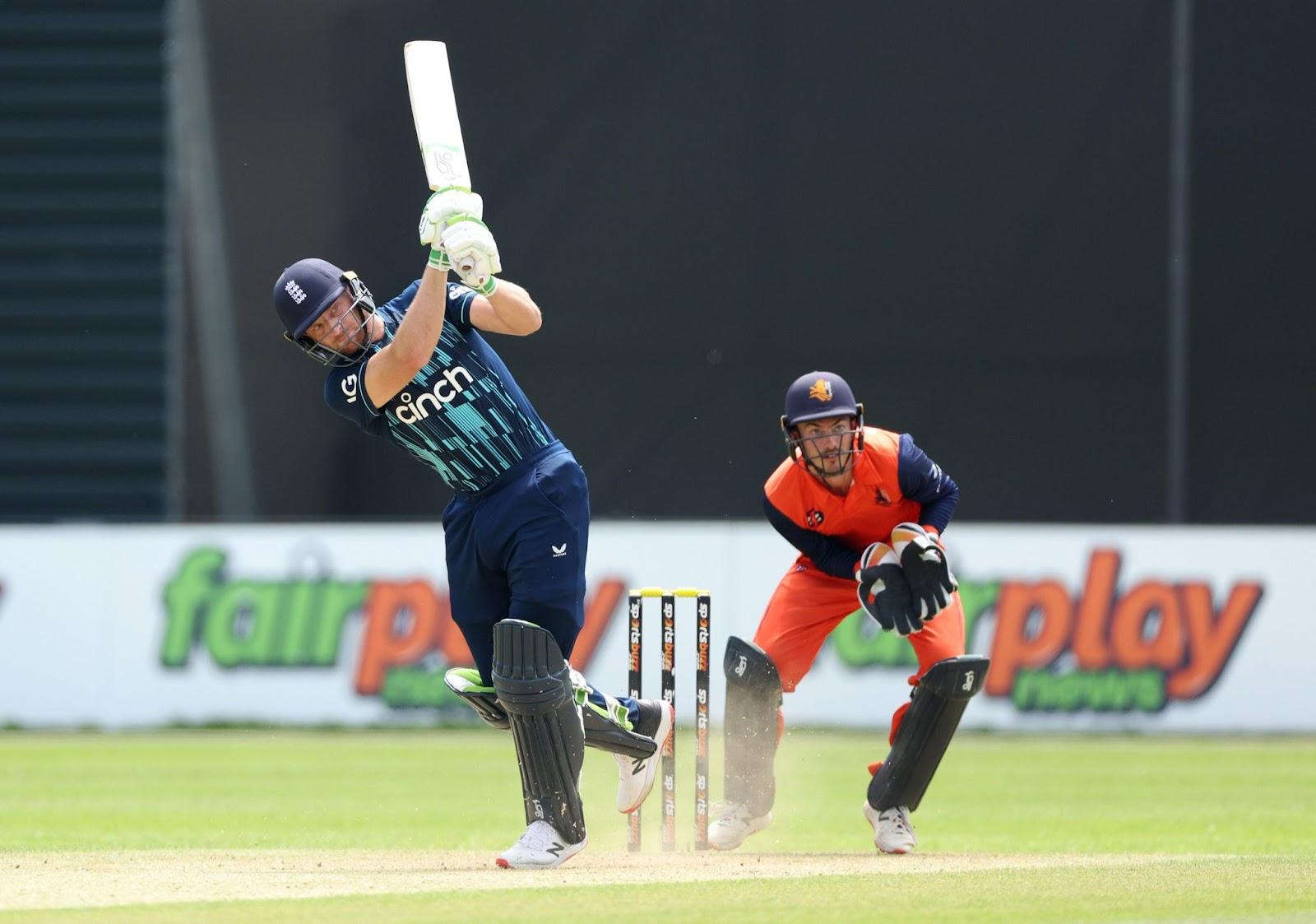 Plenty of records were broken during the first ODI between England and Netherlands, including the highest score by a team in ODI cricket history, as the hosts made a mockery of their Dutch opponents.

Jos Buttler, Phil Salt, and David Malan all scored centuries, and while Salt and Malan were eventually dismissed, Buttler remained unbeaten to ensure that England shattered the record for the highest total by a team (498 runs) in the 50-overs format.

With 7 boundaries and a staggering 14 sixes, Buttler’s feat becomes all the more impressive as he needed just 70 balls, to do what many batsmen could simply dream of. The Netherlands were simply no match for their opponents as England triumphed by an overwhelming 232 runs.

Long before Buttler and Roy, Robin Smith smashed an unbeaten 167 against Australia in May 1993 in Birmingham to write his name in the history books, however, despite his best efforts, the Englishman ended up on the losing side.

While Smith’s knock comprising of 17 boundaries and three sixes was absolute carnage, it powered England to a total of 277 runs, which the Aussies chased down successfully with 9 balls to spare.

Mark Waugh recorded 113 runs, while the visiting skipper Allan Border chipped in with an unbeaten 86 to inspire his side to a memorable victory. 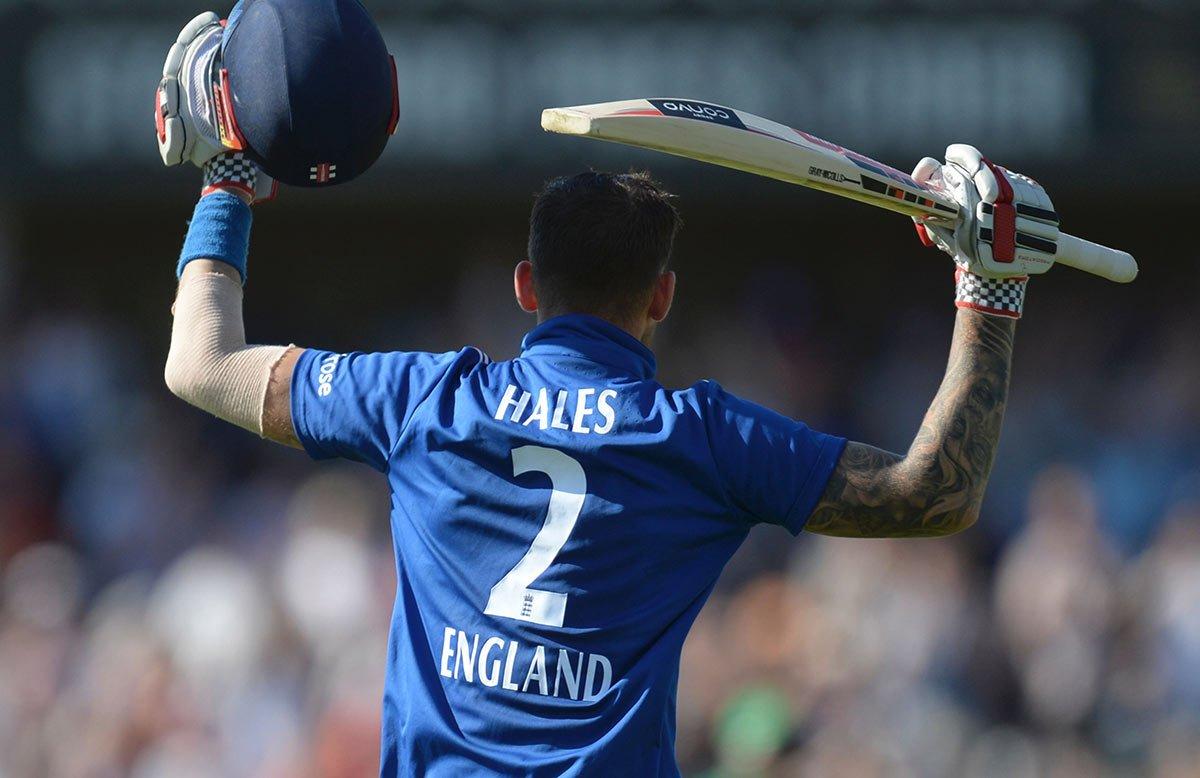 Alex Hales played the best cricket of his ODI career against Pakistan, scoring 171

During Pakistan’s tour of the UK in 2016, the third ODI in August witnessed an Alex Hales special as he played a sensational knock of 171 runs off 122 deliveries, comprising of a stunning 22 boundaries and 4 sixes.

Hales took Wahab Riaz to the cleaners as the Pakistani left-arm pacer conceded a staggering 110 runs in his spell. Having won the toss and electing to bat first, the Three Lions racked up a total of 444/3 in their respective 50 overs, and they wrapped up the visitors for a lowly 275, winning by a margin of 169 runs, with Hales being adjudged as the Man of the Match for his superhuman like effort.

Two years after his carnage against Sri Lanka, Jason Roy decimated the Australian bowling attack in a match which saw both teams play out of their skins. England was on the tour of Australia with Melbourne playing host for the first ODI in January 2018, and the match became synonymous with Roy’s historic 180-run inning which made him the highest individual run-scorer for the Three Lions in ODI cricket.

The visitors won the toss and chose to bowl first. Australia scored 304 runs for the loss of eight wickets. In reply, England chased down the required total with 7 balls to spare, and five wickets in hand. Roy was the chief orchestrator with his 180-run knock, including 16 fours, and five maximums. To date, it remains one of the most thrilling heists in modern-day cricket.