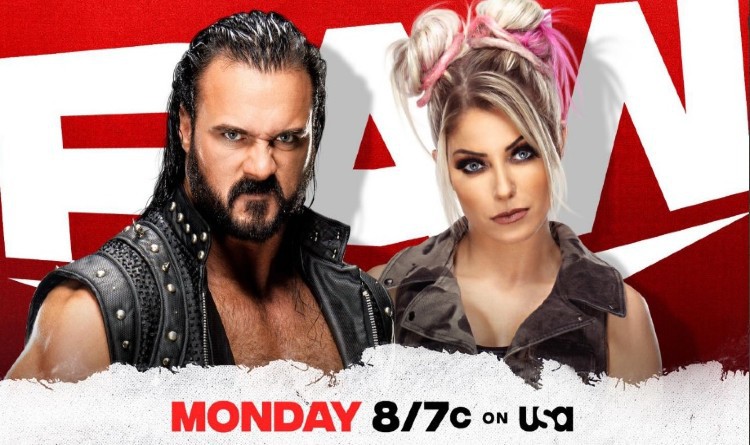 This week on Monday Night RAW, things could take a completely different turn as former WWE champion Drew McIntyre is all set to appear on Alexa Bliss’ “A Moment of Bliss” talk segment. Of late, this segment has not been ordinary.

Hence, this week’s segment with McIntyre as the guest could cement the three-way championship feud involving current champion Randy Orton, The Fiend Bray Wyatt, and Drew McIntyre. The Fiend is involved here naturally owing his proximity to Bliss. Bliss has also been, of late, showing unusual characteristics; and fans believe that this has got everything to do with The Fiend.

This potential three-way rivalry is now cemented. However, it could also involve yet another superstar  – The Miz, who now has the Money in the Bank contract and even teased cashing in last week on Orton akin to 2010. McIntyre has his rematch clause; The Fiend has expressed his desire to go after Orton and extract revenge for Orton’s actions from 2017 that resulted in burning down the demonic house of Wyatt.

With Bliss now in the picture, The Fiend looks more or less ready to enter the WWE title fray. However, with Orton taking on Smackdown Universal Champion Roman Reigns at Survivor Series, both McIntyre and The Fiend would have to wait for a bit longer. Nonetheless, The Miz can cash in at any time.

Therefore, with seeds already having been planted for a three-way feud; irrespective of The Miz cashing-in on the Money in the Bank contract, this week’s RAW could turn out to be interesting.McIntyre has looked absolutely dominant and has not been downgraded despite his defeat to Orton at Hell in a Cell. However, The Fiend for now is in need of a WWE title. His previous title reigns though impressive were cut short in lacklustre feuds over Goldberg and Roman Reigns.