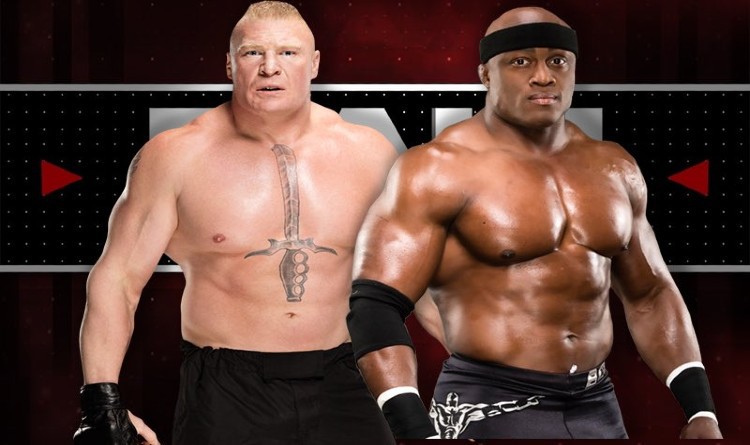 Bobby Lashley is currently one of WWE’s underused star though his booking has been impressive from the past month. Lashley, with his MMA capabilities definitely needs better storylines and more 5-star one-on-one matches with similar opponents. One such opponent is Brock Lesnar. Here’s why Lashley versus Lesnar would make a perfect recipe for success at Wrestlemania 37.

Firstly, this rivalry has got a lot to do with both men possessing MMA credentials. An all-out MMA style clash would serve up a tasty cuisine to the WWE Universe at Wrestlemania 37. Now that Lesnar is out of WWE and is rumoured to be returning in the near future, Lashley could be the best opponent he faces rather than face the likes of Roman Reigns or Drew McIntyre again.

Lashley and Lesnar are almost matched on size and strength. This should make the contest an evenly balanced one with fans guessing hard to predict the winner. This bout could use a WWE title if needed.

The match has been in the making for at least two years now. The WWE Universe expected this match to take place soon after Lashley made his return to the WWE in 2018. WIth horrendous booking in 2019 and early 2020, Lashley lost out on multiple opportunities to feud with Lesnar; nonetheless, with good booking now, Lashley is the United States champion. His exploits with The Hurt Business have also been placing him above the rest as far as wrestling is concerned.

On the other hand, Lesnar too needs a better rival. Drew McIntyre was good, but Lashley would be better. Last year, Lashley had duels with Cain Valasquez – an MMA adversary. Therefore, Lashley makes sense. With Lashley now a full-time WWE member, he could evan pick up the win over Lesnar and get a boost to his career.