Weichel vs Sanchez: who qualifies for the Bellator Grand Prix semifinal? 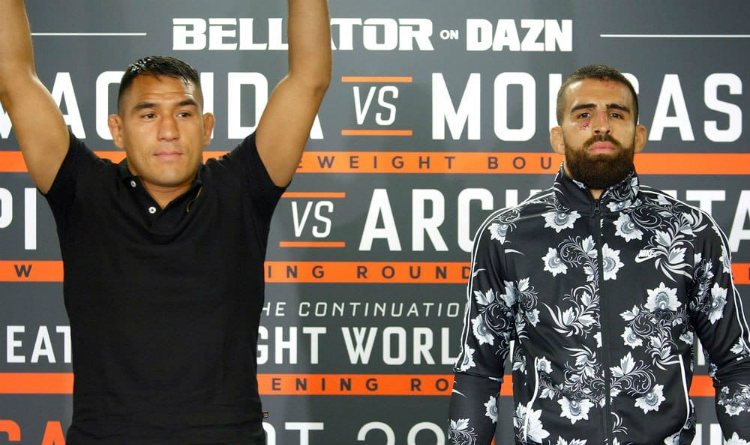 Bellator 252 features a featherweight Grand Prix quarterfinal bout between Daniel Weichel and Emmanuel Sanchez. The athletes will fight in the co-main event on November 12.

Weichel started competing in MMA as a pro in 2002 and compiled a record of 40-11. In 2012, The Weasel won the M-1 Global title but failed to retain the belt. He transitioned to Bellator in 2014 and gained victory in the Featherweight Tournament Final. However, the German was defeated by Patricio Pitbull in a title fight in 2015. Daniel faced the champion for the second time in 2018 but lost by split decision. He beat Saul Rogers in the Grand Prix opening round and cut off a 2-fight losing streak.

Sanchez began his professional career in 2011. His record currently stands at 19-4. El Matador won 8 of 9 contests before signing a contract with Bellator in 2014. He defeated 4 rivals in a row in the period of 2017-2018 and became the number 1 challenger. Nevertheless, Emmanuel lost to reigning champ Pitbull by unanimous decision. Last year, he beat Georgi Karakhanyan and Tywan Claxton in the Grand Prix opening round. 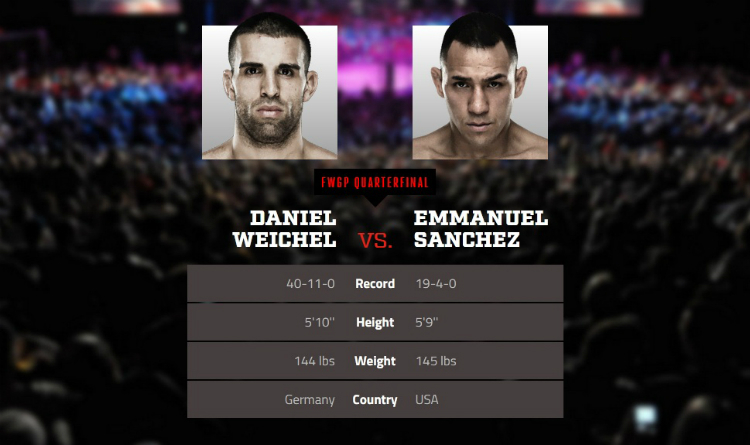 Sanchez lags behind his opponent in grappling as well. Emmanuel performs takedowns almost 3 times less frequently (0.25 per 15 minutes versus Daniel’s 0.84) and finishes only 6% of attempts (Weichel takes his rivals to the canvas in 50% of cases). Moreover, El Matador’s takedown defense is very poor – he blocks just 16% of attempts (versus Daniel’s 83%).

Daniel earned a black belt in BJJ and trained in freestyle and Greco-Roman wrestling. Emmanuel got a purple belt in BJJ. Therefore, The Weasel is a much more skillful grappler and stats definitely prove it. Considering El Matador’s bad defense and low accuracy, Daniel will certainly be able to bring the fight to the ground and block takedown attempts.

Weichel practiced Muay Thai and boxing, while Sanchez competed in karate and received a black belt in this martial art. The Weasel has fast hands and good footwork because of boxing background. But El Matador throws kicks and knees more often. Weichel is expected to dominate on the feet due to higher accuracy and superior defense.

Daniel outperforms Emmanuel on all key stats, thus he has a great chance to win the contest. The German has a high 67.5% finish rate but he gained only 1 of 5 last victories before the time limit. Moreover, Sanchez has lost only by decision and is hard to be knocked out and submitted. Given these facts, the bout will likely last at least 4 rounds.