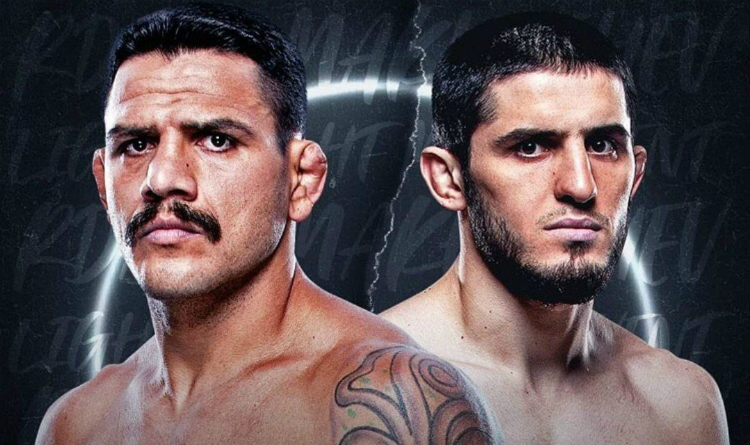 When and where will UFC Fight Night Makhachev vs Dos Anjos take place?

The competition’s preliminary bouts start at 06:00 PM ET on November 14. The event will be hosted at the UFC Apex arena in Las Vegas. UFC Fight Night Makhachev vs Dos Anjos is set to be live on ESPN+ and UFC TV. All contests will be broadcasted on UFC Fight Pass as usual.

A welterweight clash between Abdul Razak Alhassan and Khaos Williams will open the main card. Alhassan is coming off a loss, while Williams rides on a 7-fight winning streak. Khaos knocked out Alex Morono for 27 seconds in his UFC debut in February and is looking forward to finishing Abdul in the first round. 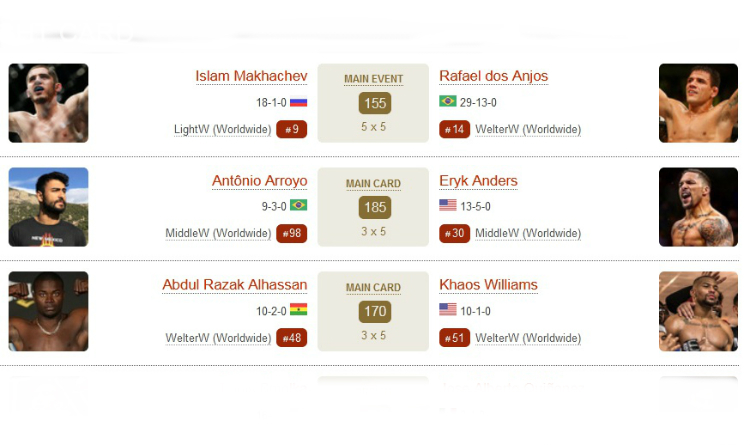 Middleweights Antonio Arroyo and Eryk Anders will fight in the co-main event. Both athletes lost their last bouts. Arroyo dropped a unanimous decision to Andre Muniz, Anders was defeated by Krzysztof Jotko. Antonio has an advantage in striking and grappling. He lands 3% more significant strikes, absorbs almost half as many shots and performs takedowns 45% more frequently. Nevertheless, Anders is considered a sizable favorite.

A lightweight bout between Islam Makhachev and Rafael dos Anjos is booked for the main event. Islam is on a 6-fight winning streak and goes for the UFC title. RDA lost 2 last contests by unanimous decision. However, he is still ranked 12th at welterweight, while Makhachev takes 12th place in the 155-pound division. Islam outperforms his rival on key stats, thus, RDA is a huge underdog.

The preliminary card consists of 10 bouts:

23-years old Jeff Molina will debut in the UFC after gaining a victory over Jacob Silva in Contender Series. Former Invicta FC champion Kanako Murata is set to take on Livinha Souza in her first appearance in the UFC. Kay Hansen is going to test young Irish prospect Cory McKenna, who beat Vanessa Demopoulos in Contender Series and signed a contract with the promotion in August. And a clash between bantamweights Smolka and Quinonez is a must-watch for all fans of fierce brawls inside the octagon.