Tim Tszyu vs Bowyn Morgan will headline The Sydney Supershow 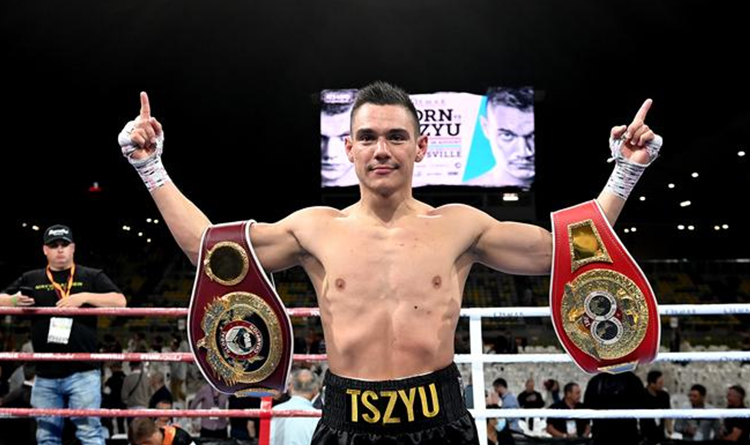 Super welterweights Tim Tszyu and Bowyn Morgan will headline the fight card of The Sydney Supershow – a boxing tournament that will take place in Australia on December 16.

Tszyu defeated 16 opponents, 12 – by KO/TKO. In 2019, Tim beat Dwight Ritchie and won IBF Australasian and WBO Global light-middleweight titles. The Australian defended the belts twice and was ranked 10th at super welterweight by The Ring. Morgan started his professional career in 2014 and compiled a record of 21-1. He won the WBU World welterweight title last year and broke into the IBF’s top 15.

Tim is looking forward to challenging WBC champion Jermell Charlo and WBO title-holder Patrick Teixeira. After the victory over Jeison Rosario in September, Charlo said that he was ready to face any opponent with an IBF, WBA or WBC belt. Teixeira will defend his title in a contest against Brian Castano. Therefore, Tszyu may get a chance to meet Charlo in case he defeats Morgan.

Mark Hunt will make his boxing comeback in the co-main event of The Sydney Supershow against Paul Gallen. The Super Samoan competed in boxing, kickboxing and MMA. He retired from the UFC after suffering 3 consecutive losses in 2018. Gallen is an ex-rugby player and a heavyweight boxer. His record currently stands at 9-0-1. Paul won 50% of bouts by KO/TKO, while Mark’s finish rate in MMA is 77%. But Hunt failed to achieve success in boxing. He fought in the ring twice – in 1998 and 2000. Mark lost the first bout, the second clash resulted in a draw.