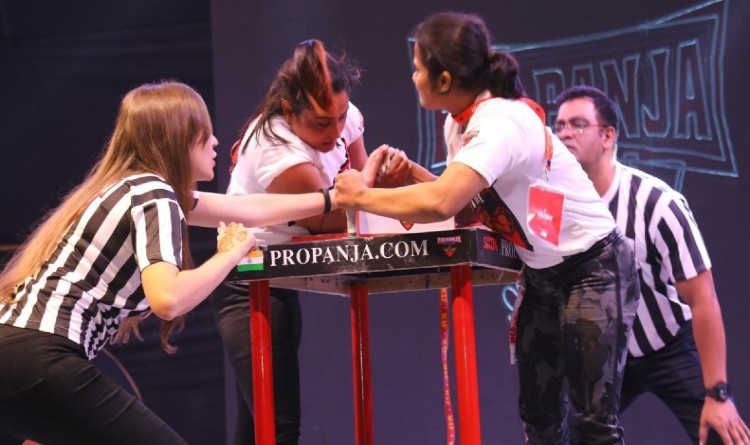 Arm Wrestling is one sport in India that finds many takers but often does not come to the fore and the stage that it deserves to be on. Now, there is one exclusive arm wrestling league that not only promotes the sport but also lets people from across the country participate and even win medals.

This league, called the Pro Panja League, was started during the early part of 2020 and had professional players from across the country arm wrestle to win championships.The biggest plus here is the fact that the specially-abled got to compete.

The next season of Pro Panja is all set to be hosted in 2021 in India. The Pro Panja league was conceptualized by bollywood actors Parvin Dhabas and Preeti Jhangiani, and has found backers in the form of Minister of state, youth affairs, and sports Kiren Rijiju and Olympics medalist Vijender Singh.

Pro Panja witnessed its early matches, before the onset of the pandemic, during February 2020; matches were held in New Delhi at the Thyagaraj Sports Complex. Both male and female participants can register and be a part of the league in weight categories ranging from 100 kgs in decreasing order from 60 kgs. The specially abled also have exclusive weight groups tailor-made for them.

Here, the key factor is that arm wrestling is practised even in the most remote corners of India and people of almost all ages practise the sport. However, recognition to the sport at appropriate levels is still due; with Pro Panja league, there are chances that the sport of arm wrestling could go global. For now, a lot of local talent is coming to the fore with the tournament. Hence, kudos to them. The “panja” within the panja could get a huge boost shortly.