Shevchenko vs Maia: does Jennifer have a Bullet-proof vest? 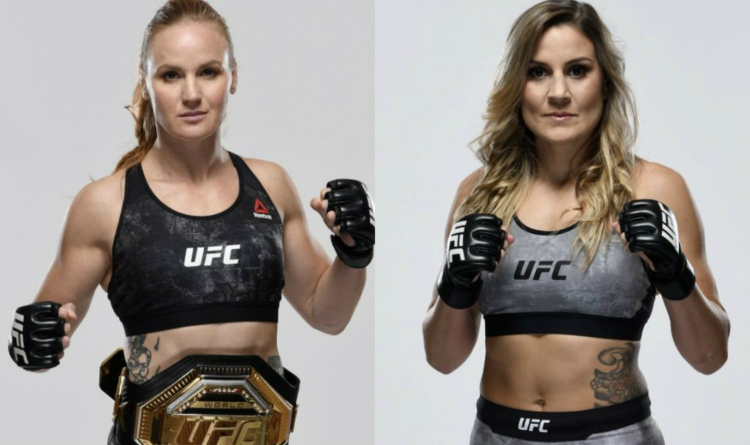 Flyweight champion Valentina Shevchenko will defend the title against Jennifer Maia in the UFC 255 co-main event. Does the Brazilian mixed martial artist have a Bullet-proof vest?

Shevchenko has been competing in MMA since 2003 and has amassed a whopping record of 19-3. Bullet signed with the UFC in 2015 and faced Amanda Nunes in a bout for the UFC bantamweight title 2 years later, but she lost by split decision. Valentina moved down to flyweight and won the vacant belt in the 125-pound division after beating Joanna Jedrzejczyk in 2018. From 2019 through 2020, Shevchenko defeated 3 title contenders: Jessica Eye, Liz Carmouche and Katlyn Chookagian. She is now ranked third in the UFC women’s P4P rating.

Maia started her professional career in 2009. Her record stands at 18-6-1. The Brazilian earned the interim Invicta FC flyweight title in 2016, defended it twice and transitioned to the UFC in 2018. She has won 3 of 5 bouts in the promotion and is currently ranked third at flyweight. In her last contest, Jennifer beat Joanne Calderwood and got a “Performance of the Night” bonus for a brutal finish in the first round. 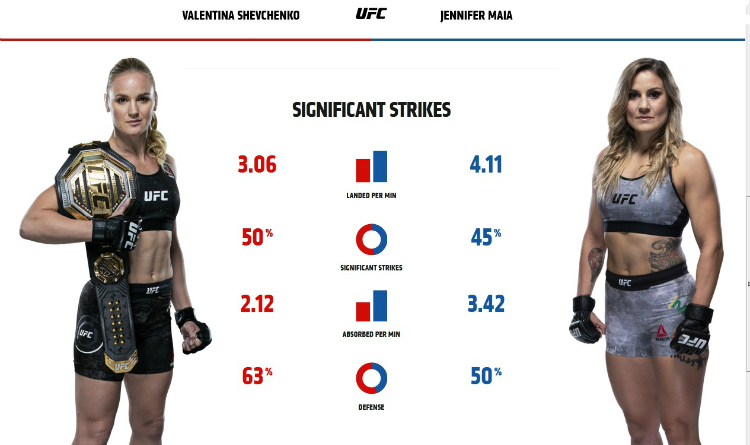 Shevchenko has a great advantage in grappling because Maia has never made takedowns and submission attempts in UFC fights. 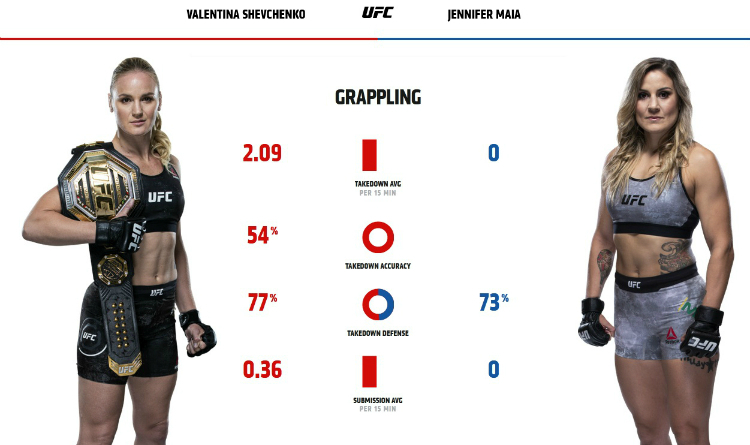 Jennifer got a black belt in Muay Thai and trained in boxing. Valentina has a black belt in taekwondo, and she is a master of sports in Muay Thai, boxing and taekwondo. Furthermore, Bullet has won 8 gold medals in the IFMA World Muaythai Championships and is a 2-time champion of the World Combat Games. Therefore, Valentina is a much more experienced and skilful striker. Bullet throws punches and kicks less frequently, but she is more accurate and has a better defense. Besides, Maia’s arsenal of shots is less diverse as she focuses on punches. Valentina, on the other hand, is one of the most versatile strikers.

Shevchenko earned a black belt in judo, while Maia got a black belt in BJJ. However, Jennifer uses wrestling skills defensively and prefers fighting on the feet. Valentina has a high takedown accuracy; thus she will be able to bring the bout to the canvas, if she wants to. Moreover, Bullet has perfect timing for a double or single leg, which highly increases a success rate of her takedown attempts.

Valentina outperforms her opponent on all key stats. Therefore, she has a massive chance to be victorious. Bullet won 67% of bouts by KO/TKO or submission. But Jennifer suffered 67% of losses by decision. However, the contest will unlikely reach the time limit due to Shevchenko’s significant superiority in grappling and striking. Valentina beat Eye in the second round and Chookagian – in the third. Thus, she is expected to finish Maia before the fourth heat.