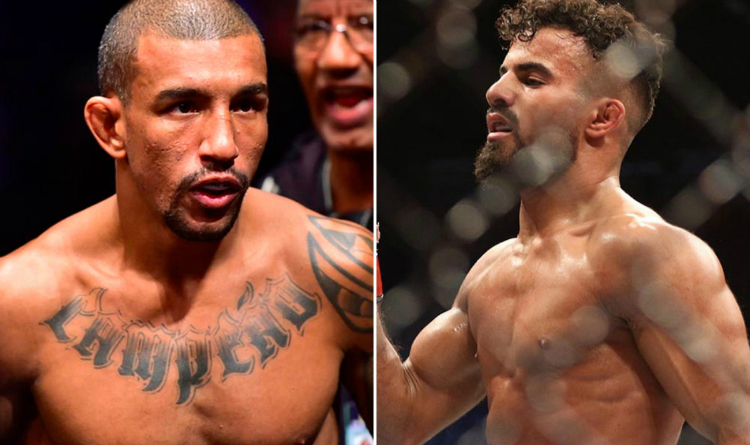 The UFC announced the names of athletes who were awarded bonuses for spectacular bouts at UFC Fight Night 182 on November 7 in Las Vegas.

Taha, Romanov and Chikadze took home prizes for the first time in their UFC careers

A bantamweight clash between Raoni Barcelos and Khalid Taha was deemed the best contest. Both athletes were sharp on the feet and showed their ability to take shots. In the first round, they landed 25 strikes each, but Raoni performed a takedown. Barcelos dominated in the second heat: he outnumbered Khalid’s significant blows 4.5 to 1. In the third round, Barcelos made a takedown and a submission attempt, plus he threw 61% more strikes. As a result, all 3 judges scored the contest in favor of Raoni.

Georgian featherweight Giga Chikadze took on UFC newcomer Jamey Simmons. In the beginning of the first round, Giga Chad landed a high-kick, which dropped Simmons on the ground. Chikadze finished his opponent off on the mat with 7 punches and won by TKO at 3:51. Giga received a “Performance of the Night” bonus for an impressive victory.

Moldavian heavyweight Alexander Romanov faced Brazilian MMA artist Marcos Rogerio de Lima. In the opening round, Romanov took his rival on the canvas and sunk in a tight forearm choke making Marcos tap at 4:48. A fast victory by submission brought Alexander a prize for the best performance. Romanov has already defeated 2 opponents in the UFC and compiled a stunning record of 13-0 in MMA.

Barcelos earned the second post-fight bonus in his career, while Taha, Romanov and Chikadze got awards for the first time. Glover Teixeira submitted Thiago Santos in the UFC Fight Night 182 main event and extended his winning streak to 5 bouts, but he was left without a prize.