Retribution’s “Retribution” is all sweet on Monday Night RAW 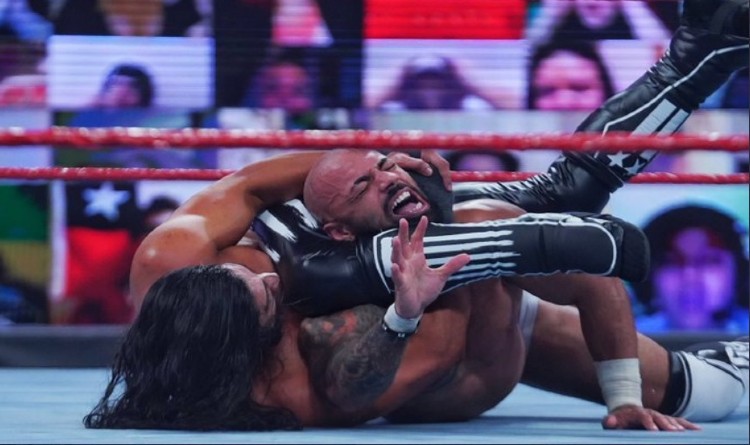 It seems like Retribution has finally gained sweet revenge on Monday Night RAW, courtesy Ali’s victory over Ricochet. This match was impressive and showcased wrestling skills of both men.

The most impressive moment in this match was Ali hitting a backbreaker on Ricochet from the top rope. Also, Ricochet’s counters to Ali’s manoeuvres grabbed eyeballs. However, this match too had interference from retribution members who looked like they were ready to beat the daylights out of Ricochet earlier on in the match.

Nonetheless, Ali showcased his own talents in the match and grabbed eyeballs of the backstage dressing room as well. Here, it is worth noting that Ali had warned the WWE that he would extract revenge, after his own team members were defeated in consecutive matches by The Hurt Business.

Ali’s claim has now turned true. This could very well pave the way for future victories by other Retribution members. As far as Ali’s victory over Ricochet is concerned, it is worth noting that the former is a serious main-event talent; and had received a push earlier on in the year. This push, with Retribution, seemingly reminds of the days of The New World Order (NWO) who had to face defeats despite looking dominant and found their spots later on. Hence, the comparison between Retribution and the NWO is unmissable.

Finally, Ali won the match by submission. This makes the victory sweeter. WWE should push Ali now into a main eventer. It also doesn’t hurt to put the WWE RAW Tag Team gold around Retribution members. Else, The New Day could turn into a stale act fast – like Roman Reigns – in the absence of newer storylines. Atleast, Retribution needs pushing as the most dominant heel stable now and Ali as its leader and a major champion in the RAW brand.