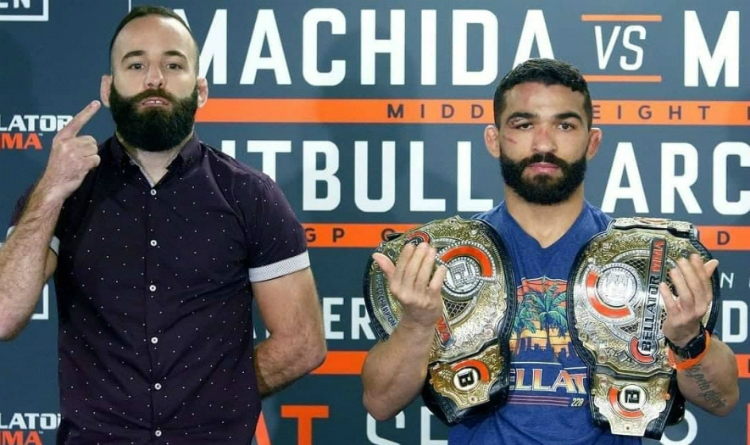 Patricio Pitbull and Pedro Carvalho are set to headline Bellator 252 on November 12. The athletes will fight in the featherweight Grand Prix quarterfinal.

Pitbull began his MMA career in 2004 and amassed a record of 30-4. He transitioned to Bellator in 2010, won in the promotion’s featherweight tournament quarter- and semifinal, but lost to Joe Warren in the final match. In 2014, Patricio defeated Pat Curran, earned the Bellator featherweight title and defended it twice. He lost the belt to Daniel Straus, however Pitbull took a revenge in a rematch and got his gold back in 2017. The Brazilian beat Michael Chandler and won the Bellator lightweight title last year. He currently holds 2 belts and is riding on a 5-fight winning streak.

Carvalho began competing in MMA as a pro in 2012. His record stands at 11-3. The Game won 5 of 8 bouts in regional Portuguese competitions, defeated 2 opponents in Cage Legacy and signed a deal with Bellator in 2018. In the promotion, Pedro beat 4 rivals in a row, 3 of them by submission. Due to impressive victories, he has become the number 1 challenger and got a title shot against Pitbull.

Both athletes are professional BJJ artists. Pitbull earned a black belt, while Carvalho received a purple one. Therefore, Patricio is a more experienced and skillful grappler. However, he rarely initiates wrestling exchanges. Pitbull performs only 0.60 takedowns per 15 minutes and finishes only 18% of attempts. Pedro has been training in BJJ for just 2 years – he got a blue belt in 2018. Pitbull has been practicing BJJ for 23 year already. Thus, there is a huge mastery gap between them.

Carvalho trains kickboxing under John Kavanagh – Conor McGregor’s coach. Thus, his striking technique is crisp and diverse. He throws kicks, elbows, knees, punches under different angles, and has a great defense. Patricio lands 2.84 significant punches per minute (a medium result for a featherweight fighter) with an accuracy of 41%. But Pitbull takes too many shots – 4.43 per minute. Nevertheless, the Brazilian has a chin of stone and lost only 1 of 4 clashes by TKO. 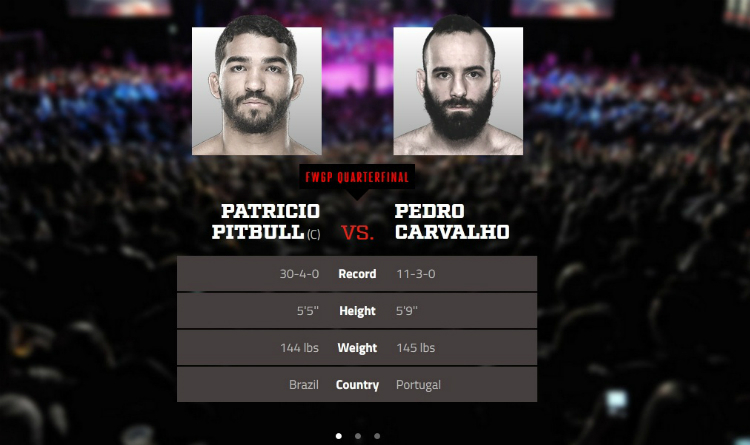 Pitbull has a stunning 94% takedown defense, while Carvalho finishes only 38% of attempts. Therefore, The Game has little chance to bring the bout to the canvas even if he tries to. Pedro lacks punching power as he has won just 18% of clashes by TKO. The Brazilian, on the other hand, gained 33% of victories by KO/TKO.

Patricio is one of the most dominating Bellator champions and surpasses his opponent in terms of experience and expertise. Carvalho takes 104th place in the featherweight rankings by Tapology. Given these factors, Pitbull is likely to win. Carvalho is a versatile and durable athlete, which makes him hard to be finished. Thus, the fight is expected to go for at least 2 rounds.