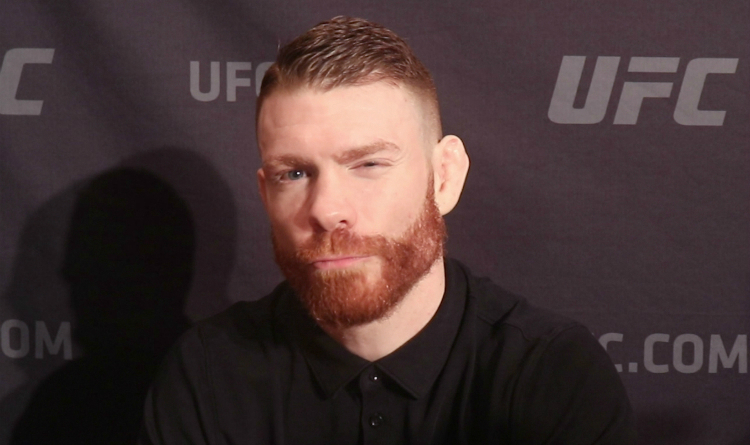 Paul Felder has agreed to replace Islam Makhachev in a bout against Rafael dos Anjos. The Irish Dragon will take on RDA in the UFC Fight Night 182 main event on November 14.

Makhachev had to withdraw from the competition due to health problems. Therefore, the UFC Fight Night 182 main event was cancelled. However, Paul saved the tournament by accepting a fight against RDA on a 5-days’ notice. In an interview with ESPN, Felder said that he has cut some weight while preparing for a triathlon and will have to lose 14-23 pounds more.

The contest will take place at lightweight and last 5 rounds. Felder claims that he is ready for a 25-minutes battle. The Irish Dragon turned 35 in April and was in fierce brawls. For instance, Felder took 122 strikes in the last fight against Dan Hooker and was taken to a hospital after the showdown. However, Paul feels great and healthy, stays fit and technically sharp.

Felder notes that his MMA career is coming to an end. He gives a 50% chance of hanging up the gloves after the contest against RDA. If Paul loses, he will come back inside the octagon one more time. In case he wins, Felder will retire on a positive note. The Irish Dragon admitted that the loss to Hooker by split decision “was eating him away” and forced him to move on.

Paul is ranked fifth at lightweight, while dos Anjos takes 12th place at welterweight. According to Felder, Rafael plans to compete in the 155-pound division. That is why he is looking forward to beating a top lightweight. Both athletes are evenly matched in striking. But RDA has an advantage in grappling: he outnumbers Felder’s takedowns almost 7 to 1 and makes submission attempts 3 times more frequently. Thus, dos Anjos will likely open as a favorite.