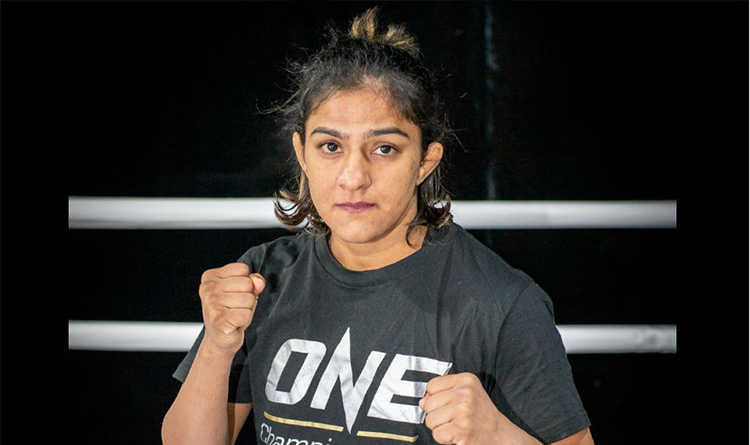 Famous wrestler and Indian tigress Ritu Phogat will face Nou Srey Pov from Combodia in One championship. On Tuesday, One Championship declared that the event would broadcast Live on October 30, 2020 from Singapore Indoor Stadium with no love audience. Both of the players made their debut last year in One Championship.

The event is widely considered the largest global sports media property on the continent. It was earlier known as ONE Fighting champhionship.

“I feel so excited about One event. It is because I have been away from my family since the COVID-19 lockdown has started. I want to perform great and show that India is a one-stop-shop of MMA talent. We must have begun practicing late, but we have made the wait count.”

Inside the Matrix There Are Four Title Fights

As revealed by Chatri Sityodtong the previous week, the card will also feature a lightweight round between Antonio Caruso and Eduard Folayang. In fact, four title fights have been confirmed for ‘Inside the Matrix.’ The four world title rounds will include Aung La N Sang, Martin Nguyen, Xiong Jing Nan, and Christian Lee.

The final World Championship will have Xiong Jin Nan making her return to the ONE Circle to take on Tiffany Teo. Moreover, two-time former ONE Lightweight World Champion Eduard will step back inside the circle to face Antonio Caruso.

Ritu Phogat is a renowned Indian wrestler who won a gold medal at the Commonwealth Wrestling Championship in 2016. She is the third daughter of earlier wrestler Mahavir Singh Phogat. We hope that this great wrestler comes with flying colors at One Championship by beating Nou Srey Pov.