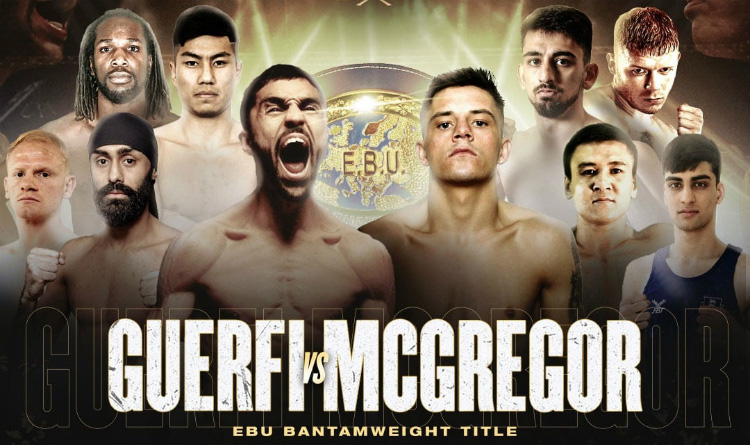 When and where will MTK Fight Night Guerfi vs McGregor take place?

The competition will be held at the Production Park Studios in Yorkshire, United Kingdom. Contests are scheduled to start at 02:30 PM ET on November 11. IFL TV will air the event live worldwide, while ESPN+ is set to broadcast the show in the US.

The co-main event Jeff Ofori vs Sultan Zaurbek was recently cancelled due to Ofori’s injury and was replaced by a welterweight fight between Jack Rafferty and Tom Hill. Both athletes are 25-years-old and looking forward to proving themselves. Rafferty won 12 consecutive fights. Hill’s record stands at 9-1, but he earned the vacant BBBofC Northern Area welterweight title last year.

British and Commonwealth bantamweight champion Lee McGregor will face Karim Guerfi for the EBU title in the main event. Lee defeated 9 opponents in a row, 7 of them by KO/TKO, and retained the belt twice. Karim amassed a record of 29-4, 1 no contest. He beat Georges Ory and won the EBU gold in 2019. Guerfi will defend the title for the first time.

The main card consists of 4 bouts: 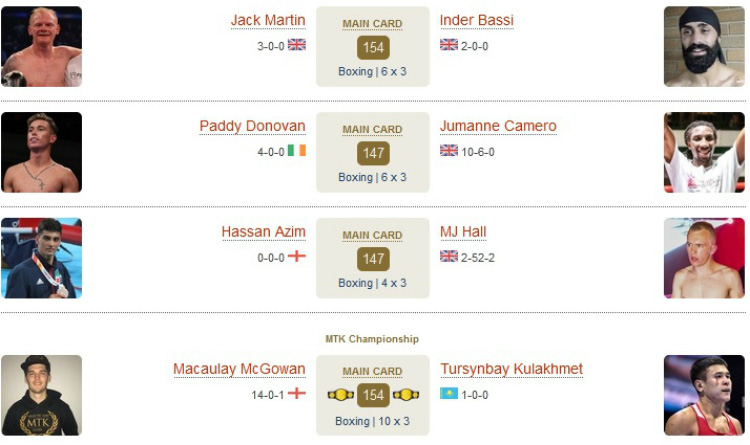 McGowan faces Kulakhmet for the vacant WBC International super-welterweight title. Azim has compiled a record of 4-2 as an amateur and will make his professional debut against Hall who goes on an 11-fight losing streak. Rising star Donovan is set to take on former BBBofC Southern Area champion Camero. Undefeated prospects Martin and Bassi will close the main card.