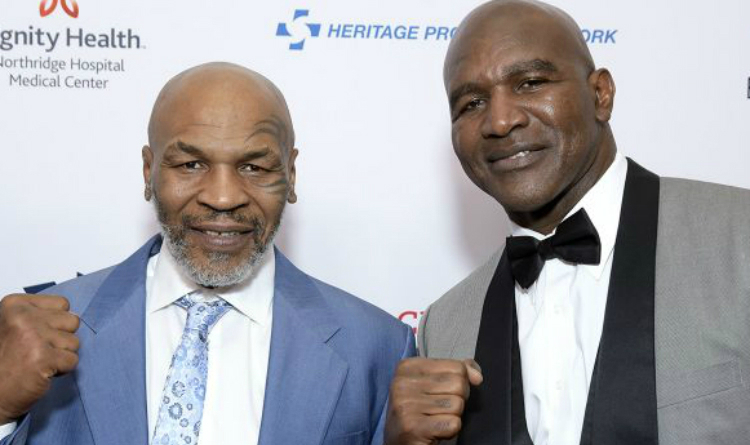 One of the greatest heavyweights of all times Mike Tyson is looking forward to facing his old rival Evander Holyfield for the third time.

Iron Mike has the WBC Frontline Battle Belt on the line

During an interview with Jim Gray, Tyson said that he is ready to take on Holyfield if fans support this plan. He believes that their business has not been finished yet. Mike and Evander met in the ring for the first time in 1996. The Real Deal won by TKO and earned the WBA heavyweight title. In their second bout in 1997, Tyson was disqualified for biting and could not get his gold back. Therefore, the current score in their battle is 2-0 in Evander’s favor.

58-years old Holyfield uploaded a poster of his first contest against Mike and asked Instagram users whether they fancy Holyfield vs Tyson 3 or not. Several people went on to say that the trilogy is a bomb. However, 2 users advised Holyfield to face Lennox Lewis instead.

Who would like to see Holyfield vs Tyson 3? Or who else would you like to see me get in the ring with in an exhibition? #teamholyfield

Tyson is set to take on Roy Jones Jr. in an exhibition bout on November 28 in California. Legendary veterans will fight for the WBC Frontline Battle Belt designed just for their clash. California State Athletic Commission executive director Andy Foster asked boxers not to try to kill each other. He restated the exhibition status of the contest and even called the fight “not real”. Both athletes denied Foster’s claims and asserted that their intentions were not to show off their skills but to win the battle.

Jim Gray asked Tyson if he would like to fight against heavyweight champions Anthony Joshua and Tyson Fury. Iron Mike called this idea “mind-boggling”. According to the former champion, he is prepared for the epic comeback and wants to test himself in the ring.