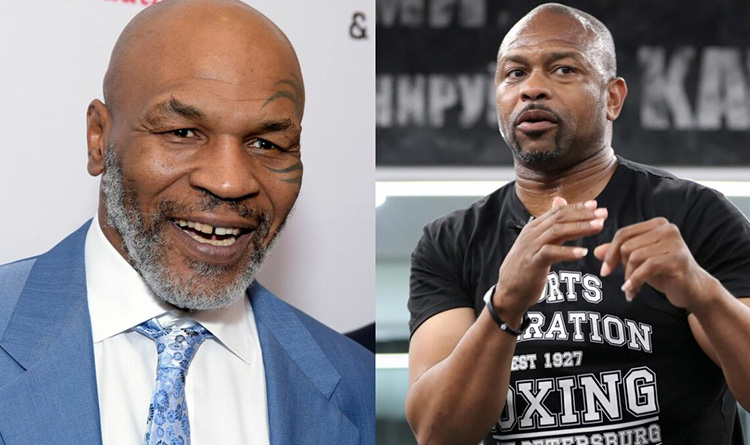 Boxing legends Mike Tyson and Roy Jones Jr. will fight for the WBC Frontline Battle Belt created by the World Boxing Council especially for the winner of their bout.

Tyson vs Jones is scheduled on November 28

A Canadian journalist Ariel Helwani posted the belt’s picture on Twitter. He said that an 8-round exhibition match between Mike and Roy would take place on November 28 in California. According to Helwani, the boxers’ performance will be evaluated using WBC’s remote scoring system and the result of each round will be announced to the audience. Tyson and Jones are set to headline the fight card, which includes three more contests: Jake Paul vs Nate Robinson, Badou Jack vs Blake McKernan and Viddal Riley vs Rashad Coulter.

Iron Mike hung up the gloves in 2005 after losing a clash against Kevin McBride by corner stoppage. During his boxing career, Tyson became the first heavyweight to hold the WBA, WBC and IBF titles simultaneously and amassed a record of 50-6, 2 no contests. Jones got belts in 4 weight divisions and was the only fighter who debuted at junior middleweight and won a heavyweight championship. Captain Hook retired in 2018 with a 4-fight winning streak, compiling a record of 66-9.

Both boxers are into their 50s. Therefore, the referee will stop the action if it exceeds the boundaries of a competitive boxing exhibition. Moreover, rounds will last only 2 minutes. Tyson and Jones opened as even money contestants. However, most punters back Mike who is now a sizable favorite. Tyson is a more powerful puncher with an 88% finish rate. Jones won only 71% of bouts by KO/TKO. Thus, Iron Mike has a better chance to be victorious. But a 15 years hiatus from sport has definitely affected his performance, that is why it is impossible to determine how the fight will play out and who will get the belt.