McGregor vs Poirier booked for UFC 257 on Fight Island 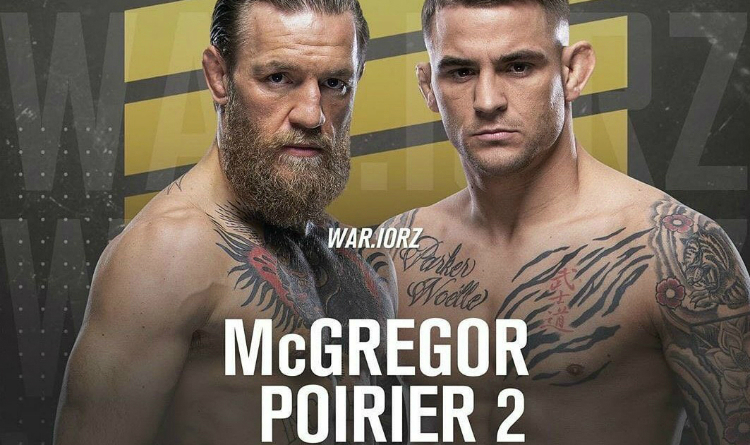 An anticipated rematch between top lightweights Conor McGregor and Dustin Poirier has reportedly been booked for UFC 257, which will take place on January 23 on Fight Island.

Poirier has already signed a contract to fight McGregor, while Notorious agreed to face Dustin only verbally. Therefore, UFC president Dana White claims that their bout is not officially scheduled yet. However, White plans to hold the contest at UFC 257 in Abu Dhabi. He is going to confirm the bout within 2 following months.

Conor published a post on Instagram, stating that he was ready to return inside the octagon. Notorious is looking forward to taking on The Diamond and showing his skills. The Irish also reiterated his desire to make a donation to Dustin’s charity “The Good Fight Foundation” and match it in his hometown Crumlin. Poirier will spend the money on building an institution for disadvantaged children in Lafayette.

In their first showdown in 2014, McGregor knocked out Poirier at 1:46 in the first round. Nevertheless, Dustin has honed his technique and now he is a superior version of himself. The Diamond lost only 1 of 8 last bouts – to Khabib Nurmagomedov at UFC 242. While Conor was defeated twice since 2014 – by Nate Diaz and Khabib.

McGregor has not fought at lightweight since 2018 but is still ranked fourth at this weight class. Poirier beat Dan Hooker in June and took second place in the 155-pound division. Reigning champion Nurmagomedov announced retirement from MMA after his victory over Justin Gaethje at UFC 254. However, The Eagle has not vacated the title yet and might come back in the cage 1 more time, according to White. Thus, there could be the interim UFC lightweight belt on the line in a rematch McGregor vs Poirier.