Manel Kape will face Alexandre Pantoja for his UFC debut 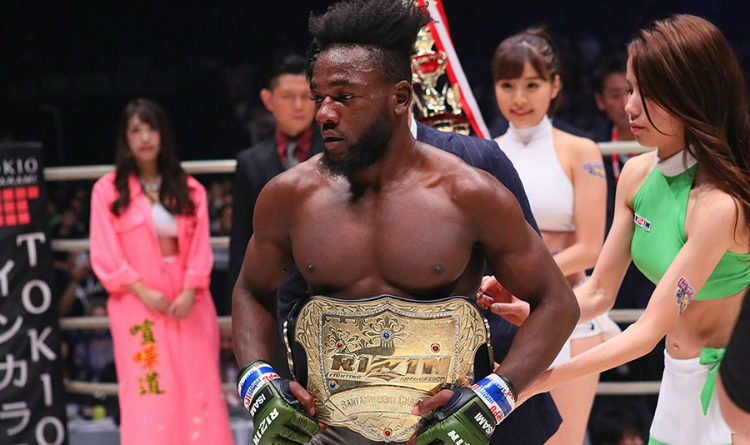 Former Rizin FF champion Manel Kape will make his debut at UFC Fight Night 186 on December 19. He is going to face Alexandre Pantoja, who is ranked fifth at flyweight.

Kape started his MMA career in 2012 and compiled a record of 15-4. Last year, he knocked out Seiichiro Ito and Takeya Mizugaki at Rizin FF events. Then Prodigio defeated Kai Asakura by TKO in a bout for the RFF Vacant Bantamweight and became the promotion’s champion. He signed a deal with the UFC in 2020. Manel was supposed to take on Rogerio Bontorin at UFC 252, but the contest was cancelled after Bontorin had withdrawn due to an injury.

Prodigio got a dangerous opponent for his UFC debut. Pantoja began competing as a pro in 2007 and amassed a record of 22-5. Alexandre gained 6 victories and suffered 3 losses in the UFC. In July 2020, The Cannibal dropped a unanimous decision to Askar Askarov and missed a chance to get a title shot. However, Pantoja is listed in the top 5 flyweights. Therefore, if Kape wins, he will be ranked fifth right away.

UFC Fight Night 186 is set to be headlined by a welterweight bout between Leon Edwards and Khamzat Chimaev. Edwards recently got back to the third place in the 170-pound division, while Chimaev is not in the top 15. However, Khamzat is a sizable favorite. According to matchup stats, Borz lands almost 3 times more punches and absorbs only 0.10 shots per minute (versus Leon’s 2.05). Furthermore, Chimaev performs 70% less takedowns and undernumbers Chimaev’s submission attempts 8 to 1. In 2020, Khamzat beat three opponents in a row and set a record for the quickest 3-fight win streak in modern UFC history (66 days).