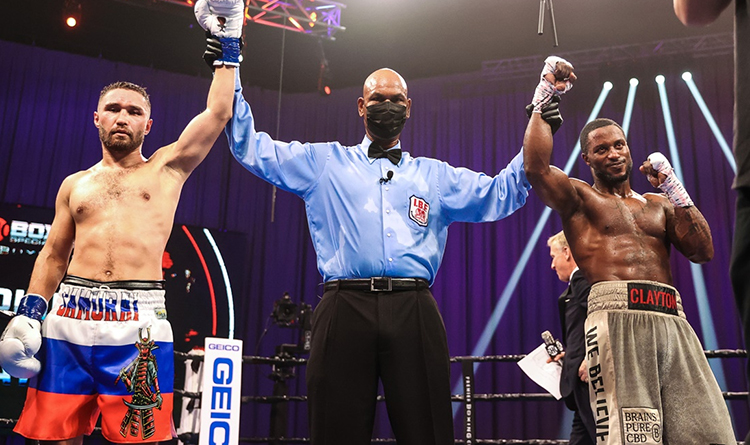 Errol Spence Jr. might defend the IBF belt against the winner of Lipinets vs Clayton

Lipinets and Clayton fought for the interim IBF title. The bout was very close: Sergey had slight advantage in the first 9 rounds, but Custio doubled the speed and won 3 last heats. Lipinets landed 176% more body strikes, but absorbed almost twice as many headshots. One judge scored the contest 115-113 in favor of Clayton. However, he was overruled by the 2 remaining referees who salvaged a draw 114-114.

In a post-fight interview, Sergey claimed that Custio turned out to be stronger than he expected. Samurai said that he needed several clashes to get his rhythm back after a 15-months period downtime. Clayton questioned the judges’ verdict and refused to accept the draw. War Machine considers himself the winner because he landed more clean strikes. In any case, Custio showed great tactical skills and made top contenders of the 140-pound division respect him.

Clayton offered his rival a rematch for the interim belt and Lipinets accepted the callout. Therefore, the winner will likely face the reigning champ Errol Spence Jr. if he defends the title in a bout against Danny García on December 5.

However, Sergey’s manager Alex Vaysfeld believes that a rematch with Clayton does not make sense. According to Vaysfeld, Lipinets won the fight because Custio failed to stand his ground and was running away during 9 rounds. Therefore, Alex suggested setting a bout against Kudratillo Abdukakhorov or Shawn Porter in February.