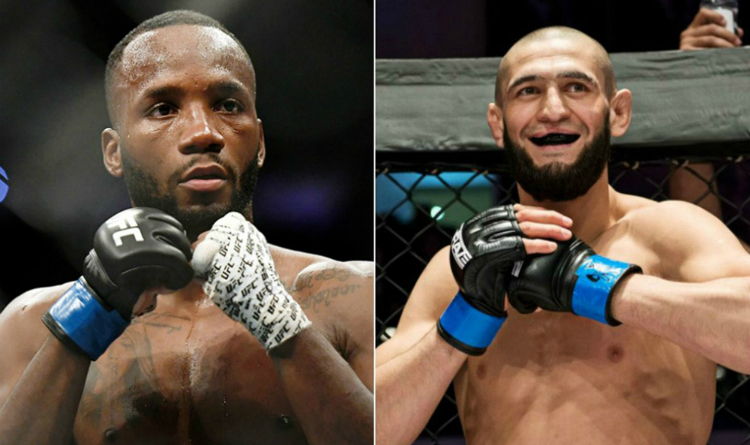 A welterweight bout between Leon Edwards and Khamzat Chimaev will be removed from the fight card of UFC Vegas 17 scheduled on December 19.

Edwards was supposed to face Chimaev in the UFC Vegas 17 main event. However, according to a journalist Ariel Helwani, Leon withdrew from the tournament after he had tested positive for COVID-19. Helwani claims that the showdown has not been cancelled and will happen in 2021. On November 29, it was reported that Khamzat had got infected with coronavirus. However, this information was quickly refuted.

Welterweights Stephen Thompson and Geoff Neal are set to headline UFC Vegas 17. Thompson won only 2 of 6 last bouts, but he was defeated by top athletes: Tyron Woodley, Darren Till and Anthony Pettis. Despite losses, Thompson is still ranked fifth at welterweight. Neal is riding on a 7-fight winning streak and has already gained 5 victories in the UFC, 4 of them – by stoppage. In his last 2 contests, Geoff beat Niko Price and Mike Perry. Therefore, he took 11th place in the 170-pound division.

Thompson has opened as a favourite. Nevertheless, he lags behind his opponent on all key stats. Neal lands 53% more significant shots per minute and performs almost thrice as many takedowns. Besides, Geoff is a more accurate striker and has a better defence. But Stephen will likely have an advantage on the feet because he is an experienced kickboxer with a flawless record of 58-0. Neal earned a blue belt in BJJ; therefore, his grappling skills might not be enough to bring the fight to the canvas and make Thompson tap.