Lars Sullivan details how he overcame bullying, and turned into a bully himself 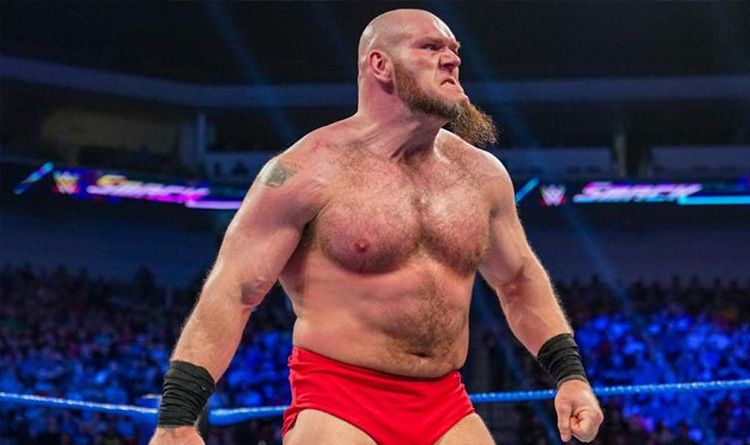 WWE superstar Lars Sullivan recently detailed how he underwent a transformation of character to emerge the monster that he has been booked to be. Now, continuing this interaction, Sullivan stated that he overcame the bullies and in the process turned himself into a bully.

Here, it is worth noting that Sullivan has been booked by WWE as a bully. In his second stint now, after his first was cut short due to an injury, Sullivan has notched up impressive victories and has shown signs that he is ready to be the next big thing in WWE that relies way too much on star power.

Sullivan indicated that he was bullied at high school and he took it to his stride to overcome the odds, and in the process himself transformed into a bully. Check out what Sullivan said:

These are clear signs of WWE pushing Sullivan. It would be suicidal in case they don’t. This is because during his first run, it was rumoured that Sullivan was set to face John Cena at Wrestlemania 36 and even pick up a victory over the leader of the Cenation. Now, with his image of a bully, Sullivan could potentially pose many a threat to the likes of Roman Reigns, Daniel Bryan, Kevin Owens, Seth Rollins, and Jey Uso.

Also, Sullivan as a bully could make Reigns’ storylines more interesting in case the former gets to feud with The Big Dog (now Tribal Chief). Reigns who has been pushed for way too long now can look at some interesting feuds. His tag team matches have undoubtedly been impressive; especially those involving his former Shield teammates. Hence, Reigns is better-off in the tag team division; while Sullivan as a bully is the heel-face of Smackdown for at least some time to come.