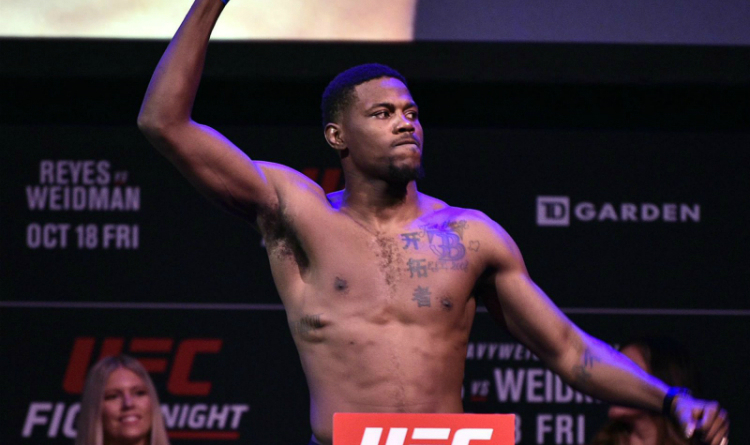 Darren Till had to withdraw from UFC Fight Night 185 due to an injury. Kevin Holland will replace him in a bout against Jack Hermansson on December 5.

Holland wants to set a new record in the UFC

Kevin started competing as a pro in 2015. He beat Will Santiago Jr. at Dana White’s Contender series and signed a deal with the UFC in 2018. Trail Blazer won 3 of 5 contests in the period of 2018-2019 but his career got real traction this year. Holland defeated 4 opponents setting a record for the most victories in the UFC in 2020. Furthermore, he received bonuses for knocking out Joaquin Buckley and Charlie Ontiveros.

Hermansson began his professional MMA career in 2010 and amassed a record of 21-5. He transitioned to the UFC in 2016 and won 8 of 11 bouts in the promotion. In the last fight, The Joker submitted Kelvin Gastelum at 1:18 in the first round and was ranked fourth at middleweight.

Holland is looking forward to improving his record to 5 wins by defeating Hermansson. But he has never faced such a dangerous opponent before. The Joker is an experienced grappler with good striking skills. Trail Blazer earned black belts in BJJ and Kung Fu, thus he is a versatile fighter and feels comfortable on the feet and canvas as well.

However, matchup stats are in favor of Hermansson. The Joker lands 9% more significant strikes per minute and absorbs 11% less shots. Moreover, Holland performs almost half as many takedowns and makes submission attempts 11% less frequently. Accordingly, Jack has an advantage in both striking and grappling. That is why he will certainly open as a favorite.