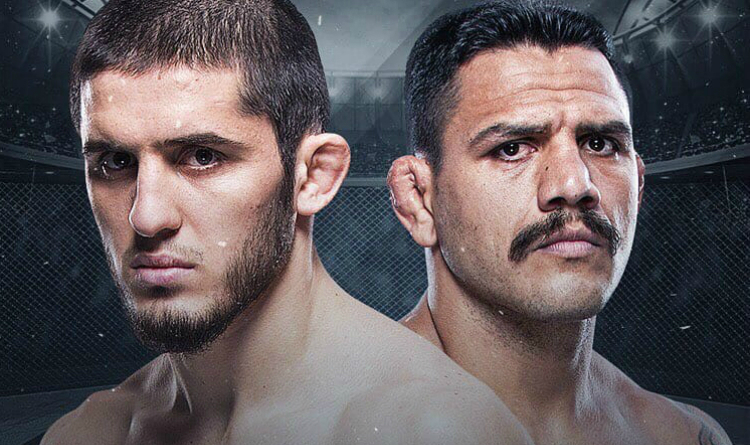 A bout between Khabib’s teammate Islam Makhachev and Rafael Dos Anjos was cancelled once again. The athletes were supposed to meet inside the octagon at UFC Fight Night 183 on November 14.

Rafael Dos Anjos called out Michael Chandler for a replacement

Makhachev vs Dos Anjos was initially included in the UFC 254 fight card but Rafael had to withdraw from the tournament after he had tested positive for COVID-19. Later on, the clash was scheduled to headline UFC Fight Night 183. However, this plan also fell through because Makhachev was out of competition due to unrevealed reasons. According to journalist Brett Okamoto, UFC matchmakers are looking for a replacement to save the event.

Former VF champion Luis Pena volunteered to face RDA on a short-notice. But the Brazilian ignored his offer and suggested to take on Michael Chandler instead.

Chandler transitioned to the UFC from Bellator in October. Michael recently chose an opponent for his debut in the promotion – he wants to fight either Justin Gaethje or Tony Ferguson. They are ranked first and third at lightweight respectively, while RDA takes 12th place at welterweight and is not on the list of top-15 contestants in the 155-pound division. Chandler is looking forward to competing at lightweight, thus he will unlikely be interested in a bout against RDA.

Theoretically, Rafael might take on another Brazilian MMA artist Charles Oliveira. Do Bronx has been hunting for an opponent for a long time now, but to no avail. Oliveira is ranked sixth at lightweight and goes on a 7-fight winning streak. Both fighters are experienced BJJ practitioners: Charles has a whopping 66% submission rate, while RDA forced 34% of his rivals to tap. Therefore, their fight would definitely be an exciting grappling match.