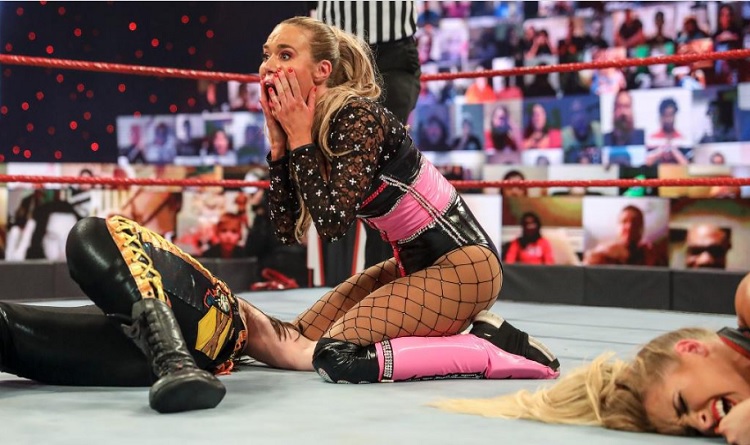 WWE superstar Lana and the fans could be in for some potential surprise next week. Till now, Lana has captured eyeballs for her being put on the announce table for seven consecutive weeks by Women’s Tag Team Champion Nia Jax. Next week, there could be a potential reversal of fortunes.

At this juncture, even Lana’s real-life husband Miro (known as Rusev in WWE) has come out in Lana’s support and said that she is one of the toughest persons in the world of professional wrestling. This tweet drew in reactions from Twitterati – most of who wanted Jax to be put on the table by Lana. Here, remember that Lana is one of the most “over” superstars in all of WWE and her Rusev-Lana Day gimmick went down well with the fans; however, her wedding angle with Bobby Lahsley wasn’t appreciated.

Nonetheless, post that angle, Lana’s wrestling has greatly improved and has gone as far as her winning a spot (recently) on the Women’s RAW Survivor Series 2020 team.

“I’d love to see this all end with Lana putting Nia through the table at SS. I just love the thought.”

“I love it. I like the story they are telling and they are giving her time to get better in the ring. She is already great on the mike and they are really doing something interesting with her. The Lashley thing was a mess. I think she can make this work.”

Whether or not Lana gets to put Jax on the table and go over with fans as a babyface is yet to be seen, but this would definitely offer brownie points to the “Ravishing Russian”. Payback could come in the form of Lana putting Jax on the table at least for once at Survivor Series 2020. Seven times could be even better!